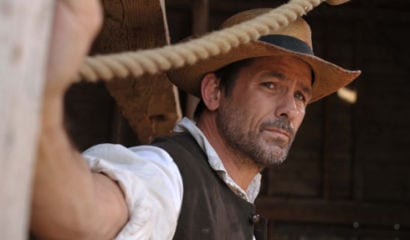 According to The Times of London, the girls of Britain’s Girl Guides movement, the equivalent of our Girl Scouts, fearing that their “Promise” might be putting atheists and determined non-patriots off joining, are to abandon their pledge to serve God and Country. “From now on, Guides will pledge ‘to be true to myself and develop my beliefs’ instead of ‘to love my God’. ‘My country’ has been replaced by ‘my community.’” The two changes, equals in fatuity, are rendered even more fatuous by the decision to leave in the Promise a pledge of loyalty to the Queen. It was thought impolitic to cast Elizabeth Windsor overboard along with the Country she supposedly symbolizes and the Faith of which she is said to be Defender — partly because she was herself a Guide in her youth. Can anyone make any rational sense of this? One might equally ask, how is it possible to serve one’s “community” and not one’s country?

Except that we know the answer to that one. The introduction of the language of “community” to mean the sort of factionalism that is really the opposite of community is part of the legacy of the “multiculturalist” tendency of the last two or three decades whose aim has always been, whether explicitly or implicitly, the promotion of “community” — especially when this is seen as a politically homogeneous and active faction, as in “the gay community” or a “community organizer” — in contrast and sometimes in opposition to country. This is as true in Britain as it is in the U.S. It would not be too much to say that the fashion of promoting loyalty to one’s “community” above all else has put patriotism itself in danger of being seen as just another name for the factional community loyalty of white male heterosexuals. Already in Britain there are lots of people who wouldn’t be caught dead displaying the Union Jack because they see it only as the emblem of a small right-wing party opposed to “colored” immigration.

Apologies for so much background, but I think it important to bear these facts in mind when watching Ronald F. Maxwell’s Copperhead. Based on a novel published in 1893 by Harold Frederic, the movie is set during the Civil War and reminds us of an earlier episode in our history when loyalty to “community” was thought by many to supersede loyalty to country. In the short-lived Southern Confederacy, of course, this took the form of loyalty to one’s state. In Mr. Maxwell’s earlier Civil War film, Gods and Generals (2003), General Robert E. Lee (Robert Duvall) makes much of his love of and loyalty to his country — except that, to him, his “country” is Virginia, not the United States he so nearly split apart. The new picture makes a similar point, although it takes us far away from the battlefields and the generals and lands us instead in the midst of the bucolic apple country of upstate New York where anti-war Democrats, known as Copperheads, must have seemed at times well on their way to becoming a state — or a “community” — within a state. There and elsewhere in the North, they continued to represent a defeatist alternative to Lincoln and his Republicans until the defeat of Lincoln’s Democratic opponent, General McClellan, in the election of 1864.

As with Gods and Generals and Mr. Maxwell’s Gettysburg of ten years earlier, Copperhead deserves praise for its painstaking re-creation and dramatization of important episodes in American history — and, also as with the earlier films, one often has the sense of that history as being understood not primarily in its own terms but more as an occasion for the preaching and teaching of moral lessons meant to be relevant to our times. Moreover, these lessons are not a million miles away from those of the politically motivated “community” advocates of today in tending to prefer lesser allegiances than national ones. For the heroes of Copperhead are the Copperheads. The anti-war (but also anti-slavery) farmer Abner Beech (Billy Campbell) and his household are decidedly in a minority in their little community, but they are much more sympathetic than its fanatical abolitionists, led by Jee Hagadorn (Angus Macfadyen) even before they are threatened and persecuted by them.

Abner’s son Jeff (Casey Thomas Brown) falls in love with Esther Hagadorn (Lucy Boynton), an abolitionist like her father, and under her influence joins the Union army. The potential for a Romeo and Juliet-style love story is rather diffused, however, because Abner is so much nicer than his self-righteous rival. Where Jee tells Esther she will kill him if she marries Jeff Beech, Abner hasn’t got it in him to pronounce anathemata against Jeff for going against his political views and is welcoming towards Esther. It’s hard to keep a family feud going at full boil when the hate is all on one side. Indeed, it seems to be concentrated entirely in the bitterness and anger and political certainty of old man Hagadorn himself, since not only Esther but her brother Ni (Augustus Prew) are devoted to the Beeches, father and son. Ni, indeed, declines to take up arms for the cause of the union, which is an even deeper disappointment to his father after Jeff Beech, among other village boys, enlists. When Jeff is reported missing, Ni takes it on himself, as his friend, to go to the battlefield hundreds of miles away and try to find him.

This asymmetry of moral claims on our sympathies is a serious flaw in the movie and leaves it open to the charge of mere propagandizing. Perhaps in recognition of that danger, Mr. Maxwell has included a brief scene in which the Republican and Unionist argument is put into the mouth of a more temperate and sympathetic character named Avery, played by Peter Fonda. But Avery is not heard from again, and the cause of the Union for the rest of the picture is represented by the one-speed, scripture-spouting religious nut Hagadorn, who is clearly meant to impress us more as some kind of crazy backwoods snake-handler than the man whose Lincolnian arguments were the ones that prevailed. Meanwhile, the attractive Copperhead patriarch and his equally attractive family, are given the full Ken Burns treatment — including swelling strings and plangent pianos on the soundtrack — and so too often sound more like live-and-let-live, pot-smoking libertarians of today than convincing figures of mid-19th century America.

Doubtless you could find historical figures not far off looking and sounding like both Beech and Hagadorn, but it doesn’t seem quite fair to pick one who is made to look so congenial to our own times to face off against one who is so uncongenial. Hagadorn’s fanaticism is further complemented and generalized by that of the local minister, Preacher Taggart (Brian Downey), whom we first hear inveighing against lightning rods as acts of defiance against the will of God. I think the film misses a trick by not showing the church getting burned to the ground in order to put him in his place, but then religious belief in the movies these days is pretty much self-discrediting anyway, as it is here.

Or at least it is until gentle, winsome Ni Hagadorn, newly returned from his search for Jeff among the dead and wounded of Antietam, crudely delivers the film’s moral message from Preacher Taggart’s pulpit: “What ever happened to ‘love thy neighbor’?” he pleads to his neighbors. It would be hard to exaggerate how false such glibness sounds in the midst of what is supposed to be our country’s tragic Civil War. It is as if some flower-child, unaccountably gone astray from the 1960s, had wandered into this picture by mistake. To be sure, religious pacifists are not a new thing in the world, any more than decent Americans who nevertheless privilege “community” over country are. But apologetics on such people’s behalf can hardly fail to strike us today as intrusions of our own time and non-“judgmental” mentality upon a past and a people that was more different from ourselves than we can any longer imagine.

Of course, if what you want is not so much history as a boost for pre-Lincolnian, live-and-let-live constitutionalism as it still survives today among many of our conservative and libertarian brethren, then this is your movie.