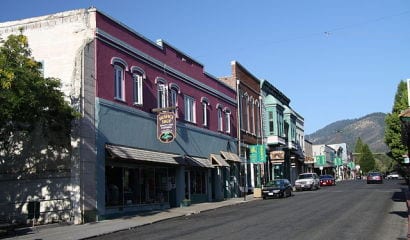 On September 3 the board of supervisors of California’s rural Siskiyou County, right next to the Oregon border, voted to secede. The reason: inattention of the state government to their problems, such as roads.

Secession talk bubbles up from time to time in various parts of the country. Recently, some ranching counties in eastern Colorado began a movement for the usual reason: They said they were getting short shrift from the state capital.

For northwestern California and Southwestern Oregon, though, the Siskiyou County action is déjà vu all over again. In 1852, folks in the area had a bill introduced in the California state legislature to secede. It died in committee, but the idea didn’t die. Although the Oregon delegation withdrew from discussions, the Shasta Courier three years later complained editorially about “the manner in which the claims of the north (are) ignored by the legislature.”

Secession talk rekindled in the Civil War years and afterward. In both southwestern Oregon and northwestern California economic growth, spurred by new stage routes, gave many the idea that a state of Jefferson, Jackson, Klamath, Shasta or the “Pacific Republic” — whatever it was called — would bring benefits.

While this movement never reached what we would called today “critical mass,” interest continued more or less continuously for decades. These counties have had as their main source of economic activity logging, cattle ranching, and fishing. As San Francisco and then Los Angeles moved way beyond the “cow counties” in population, state capital influence and state money went, too. With the exception of the 1950s when a rural California state senator, Randolph Collier, through seniority, held sway over large portions of California’s budget, the rural counties’ have been complaining about roads (among other things) ever since. In the Oregon counties, disaffection for the state capital in Salem was just as intense.

The secessionists’ goal was to create a new state to control its own destiny Secession fever came to a head again in 1941, when the Siskiyou County Board of Supervisors allocated $100 to research the possibility. At that time it would have consisted of three counties each from California and Oregon. (Today, some who follow the issue claim it would include as many as seven Oregon and eleven California counties.)

The Chamber of Commerce in Yreka, the county seat, sponsored a contest to name the new state. J.E. Mundell was awarded the winning $2 for “Jefferson.”

A Citizens Committee was formed. Every Thursday it set up roadblocks on U.S. Highway 99, then the major one in the region. Highway signs were covered with temporary ones proclaiming that motorists were entering the State of Jefferson.

Gun-toting mounted posses patrolled the area. Motorists were handed the “Proclamation of Independence” and windshield stickers to announce they had visited Jefferson.

In October 1941, Mayor Gilbert Gable of Port Orford, Oregon, announced that four Oregon counties and three in California would form the new state. John C. Childs of Yreka was elected the first Governor of Jefferson. A date in December was selected to publicly proclaim Jefferson’s creation (never mind that state and federal constitutions would have something to say about the matter). Alas, sadness struck on December 2 when Mayor Gable died. Then tragedy on December 7 with the Japanese attack on Pearl Harbor. The energy that would have gone into making Jefferson a reality was quickly subsumed into the war effort.

That was the end of the secession movement until last week, with one exception — a figurative one. In 1968, Southern Oregon University received a license to operate a public radio station in Ashland, Oregon, just over the border from California. It grew and grew, always describing itself as “serving the mythical State of Jefferson.” It serves most of the 18 counties on the two states that modern followers of the movement say would comprise a serious secession movement. JPR has perhaps half a million contribution-paying members.

Will Siskiyou’s new secession movement succeed? No, it would require all the presumptive seceding counties to agree, then the state legislature and probably Congress. (Texas is the only state that, by way of the terms of its joining the Union, can break itself into several smaller states).

Nevertheless, the State of Jefferson’s enthusiasts can content themselves with hearing on the radio throughout every day, “You are listening to Jefferson Public Radio.”