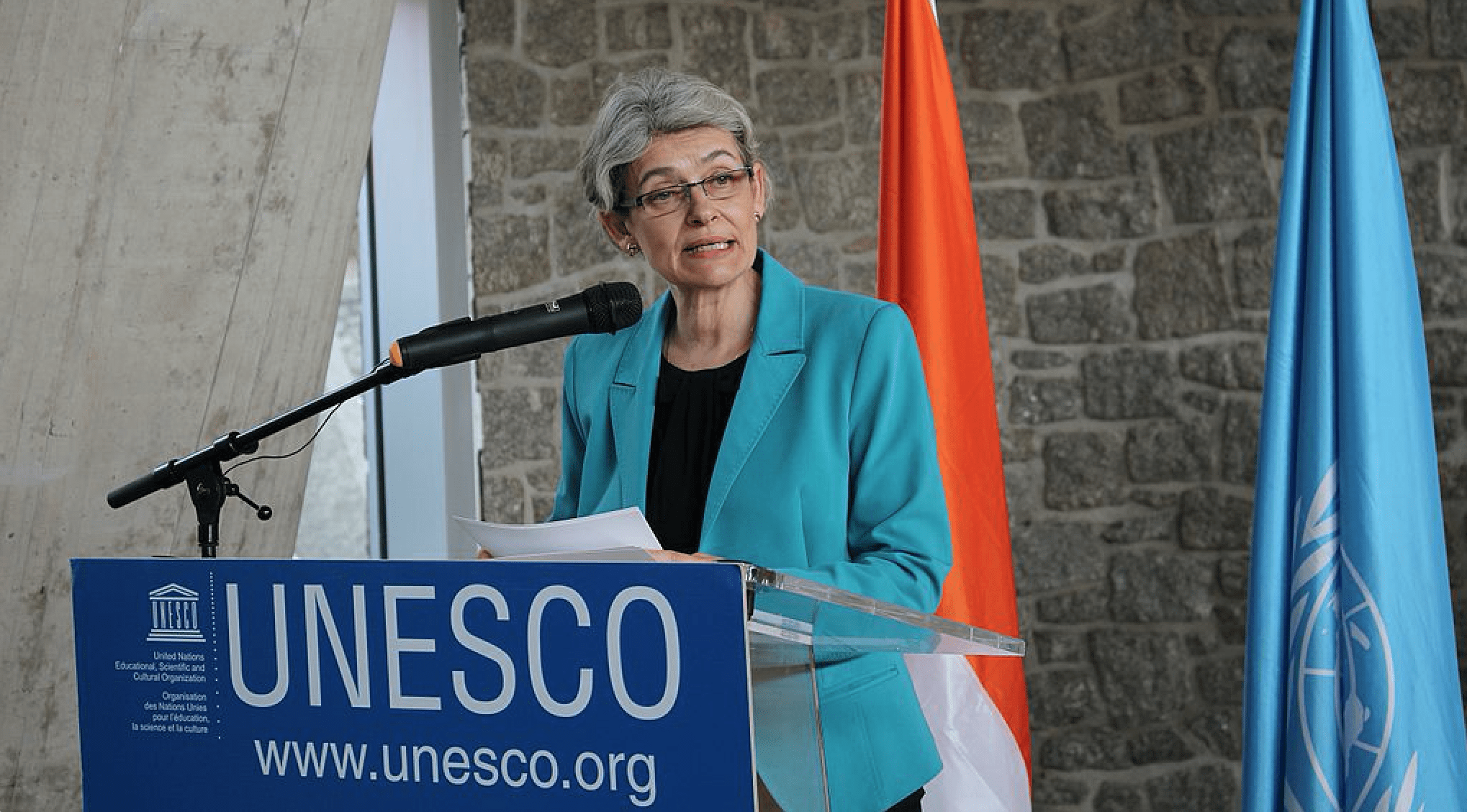 Yesterday, the Wall Street Journal editorialized against the increasing likelihood that the next UN Secretary-General will be Irina Bokova, “a Bulgarian woman with a Communist past and a record unfriendly to U.S. interests.” Worse, she “is being promoted” by Hillary Clinton — just as current Secretary-General Ban Ki-moon’s term is set to expire at the end of this year. In this piece from 2009, a former colleague introduced Ms. Bokova to our readers just after, with the new Obama administration’s backing, she was named to head UNESCO. As the WSJ editorial notes, Ms. Bokova is reportedly “Russia’s preferred candidate” to head the UN.

In the race for the post of Director-General of the United Nations Educational, Scientific, and Cultural Organization (UNESCO), Irina Bokova, Bulgaria’s obscure and rather uninspiring candidate, surprisingly defeated the better-known Egyptian painter and culture minister Farouk Hosny. Jewish groups campaigned heavily against the Egyptian candidate who got into trouble over a careless threat he made last year — after militant Islamic deputies in Egypt’s parliament had complained that the Library of Alexandria under his supervision was full of Jewish books — to burn any such books he could find there (an insensitive, even anti-Semitic remark he later apologized for). It is not clear whether it was this controversy that swayed Obama’s State Department to shift its support away from Hosny, who seemed to have been the candidate favored by the Bush Administration, and back Ms. Bokova instead.

But who is this Irina Bokova, who will become the first woman and first East European to lead this pivotal U.N. agency in charge of promoting international cooperation in education, science, and culture? Bokova, the 57-year-old privileged daughter of a once powerful propaganda bigwig in Communist Bulgaria, had received her bachelor’s degree from the Moscow Institute for International Relations in 1976. She had been twice elected a member of the post-Communist National Assembly and served briefly as Bulgaria’s foreign minister in 1996-1997. She even ran unsuccessfully for vice-president in 1996 on the ticket of the Bulgarian Socialist (ex-Communist) Party. But when I first met her in the fall of 1982, Irina Kolarova (as she was then known) had just been appointed third secretary at the Bulgarian Mission to the U.N. in New York, where she worked mainly in the General Assembly’s Third (Human Rights) Committee. Beneath her unassuming exterior, she was a tough and loyal Communist apparatchik. But her stay in New York was cut short after the State Department rejected for nearly two years the accreditation of her journalist-husband, Liubomir Kolarov, most likely because of his known association with Communist Bulgaria’s spy agency, the DS.

Another reason for her early recall may have been an extramarital affair she was having with her colleague and current husband, Kalin Mitrev, the mission’s then unhappily-married second secretary. Their liaison was kept secret for a while, probably because Kalin’s father was another Communist big shot, but it came out into the open early one evening when a crowd of concerned New Yorkers gathered outside the mission’s residential building in Manhattan’s Upper East Side. It turned out that Irina’s heavy-drinking husband had been dangling from their 11th floor apartment’s balcony, trying in vain to jump onto the balcony of the floor below (where Kalin resided at the time without his sickly wife and two young daughters), obviously in an attempt to catch the two love birds in flagrante delicto.

After my defection in July 1988, I nearly came into contact with Irina again in early 1990, when Irina, accompanied by her teenage son and daughter, attended for six months the University of Maryland’s School of Public Affairs as a Ford Foundation fellow. She had just gone back to Bulgaria, but I met a very close Bulgarian friend of hers, another Ford Foundation fellow at College Park, where I was studying for my graduate degree in political science. Our mutual friend informed me of Irina’s miraculous transformation from a devout old-guard Communist into a post-Communist “democrat,” as she seems to have abandoned her strongly-held Communist views. According to her friend, Irina was divorcing her ever-inebriated husband and was planning to wed Kalin, who was separated from his wife. In another sign of the changing times, Irina was also on the verge of tearing up her Communist party card, like all other Soviet-educated Communist diplomats who now wanted to turn themselves into politically unaffiliated foreign-service professionals (in order to keep their sinecure jobs). In another surprise, she had befriended a well-connected American professor named Madeleine Albright (the future Secretary of State in Bill Clinton’s second term). After Irina had accosted Albright at one of the latter’s public lectures, the two became close friends. Strange, because the Irina I knew would have never approached any American “bourgeois” academic, let alone allow her to become her bosom friend and mentor.

When the Socialists (ex-Communists) recaptured Bulgaria’s presidency and premiership several years ago, Irina was appointed Bulgaria’s ambassador to France and permanent representative to UNESCO. She is now married to her old flame Kalin, Bulgaria’s current representative-director in the London-headquartered European Bank for Reconstruction and Development. Then last December, she announced her seemingly most unpromising candidacy for UNESCO’s top job. She won in a very tight race, when UNESCO Executive Board voted 31-27 in her favor during the final, 5th round of voting (her election must still be approved by a conference of all UNESCO members opening October 15 in Paris). In an attempt to smooth over any hurt feelings over the rejection of the Arab world’s candidate for UNESCO’s top job, Bokova has since promised to tour the Arab countries. She has even spoken out in defense of Roman Polanski, the famous Polish French movie director detained in Switzerland and threatened with extradition back to the U.S. to face the music in a 32-year-old “statutory rape” case.

It is not entirely clear what led to her unlikely election, but what concerns me most is just how ill-prepared Irina Bokova really is for the tough top spot at this important and once politically troubled international organization (which the U.S. and the U.K. had quit in protest in 1984 for the next twenty years or so), considering her background as a mediocre ex-Communist bureaucrat. Even though I believe that her election is sending the wrong message to the post-Communist part of the world, I sincerely hope that her record as UNESCO head will not be as checkered as her past.