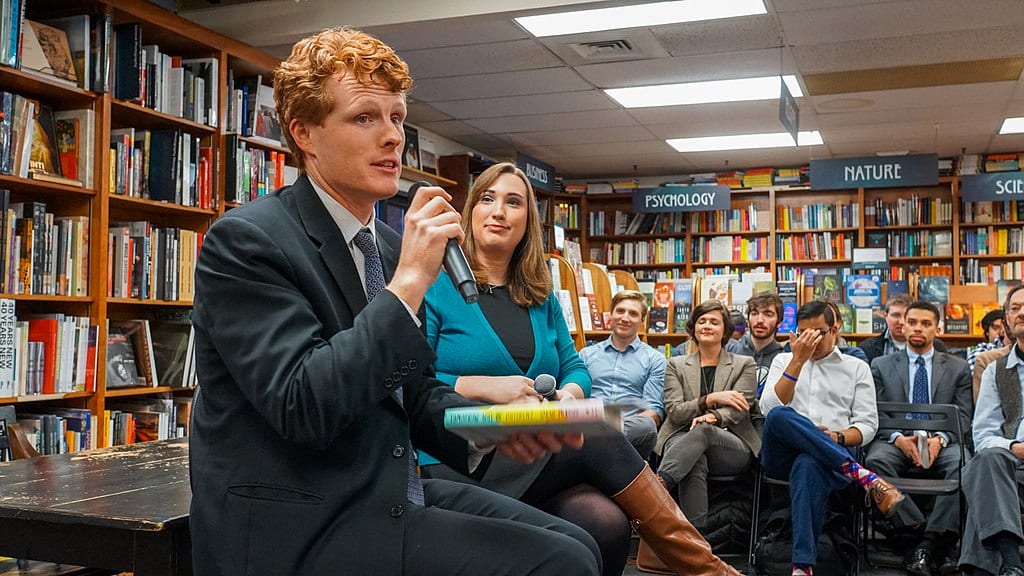 Rep. Joseph Kennedy III has announced that he plans to exploit the Facebook privacy scandal in a thinly veiled attempt to establish government control over the internet: “When you see lapses like that, it opens the door for Congress to get involved… and make sure people’s information is safeguarded.” You can bet that, once Kennedy and his Democratic accomplices are permitted to “get involved,” they won’t limit their meddling to social media. So, before putting federal apparatchiks in charge of protecting our internet information, it’s worth taking a look at their own cybersecurity record. It is predictably abysmal.

In one case, for example, a security breach at the Office of Personnel Management (OPM) compromised sensitive personal information on more than 22 million federal employees. An investigation by the House Committee on Oversight and Government Reform resulted in a scathing report documenting that the breach was caused by the incompetence for which the federal bureaucracy is notorious. The report also concluded that it was exacerbated by the gross negligence of OPM’s leadership, who ignored repeated warnings over several years from the Inspector General concerning inadequate security:

The longstanding failure of OPM’s leadership to implement basic cyber hygiene… despite years of warnings from the Inspector General, represents a failure of culture and leadership, not technology. As OPM discovered in April 2015, tools were available that could have prevented the breaches, but OPM failed to leverage those tools to mitigate the agency’s extensive vulnerabilities.

Was the OPM breach unique within the federal bureaucracy? Nope. Nor was it a new phenomenon. The Veterans Health Administration experienced a breach in 2006 involving the medical records of no fewer than 26.5 million patients. That snafu cost the taxpayers $20 million pursuant to a class-action lawsuit filed by five veterans groups. The sad reality is that the government is no better at cyber security than it is at anything else. The Heritage Foundation reports, “In 2016, government agencies reported 30,899 information-security incidents, 16 of which met the threshold of being a major incident.”

All of which raises the following question: Does Rep. Kennedy actually believe that giving federal bureaucrats oversight powers involving Facebook or any other internet entity will improve privacy or render your personal data more secure? Even he isn’t that dumb. His agenda has nothing to do with making sure anyone’s information is “safeguarded.” It’s about self-promotion. He will use this week’s appearance by Mark Zuckerberg before the House Energy and Commerce Committee as a platform for enhancing his standing within the Democratic Party. As the Boston Herald nauseatingly phrases it:

Kennedy will take a key role in grilling Zuckerberg during the web wunderkind’s congressional apology tour next week, thrusting the Camelot heir again into the national spotlight… The hotly anticipated congressional hearing follows Kennedy’s national rebuttal to President Trump’s State of the Union in January and would boost his emergence as a rising Democratic star.

The “Camelot heir” will also use the hearings to burnish his lackluster public image by posing as a champion of the people. This will inevitably involve browbeating Zuckerberg about the mining of information on millions of Facebook users by Cambridge Analytica. But the reason Kennedy wants “Congress to get involved” has nothing to do with the privacy of these unwitting users. It is rather the use of their data by the Trump presidential campaign to target advertising. Never mind that it was the 2012 Obama campaign that pioneered the unauthorized exploitation of Facebook data. As Investors Business Daily reports:

In 2012, the Obama campaign encouraged supporters to download an Obama 2012 Facebook app that, when activated, let the campaign collect Facebook data both on users and their friends… more than a million people downloaded the app, which, given an average friend-list size of 190, means that as many as 190 million had at least some of their Facebook data vacuumed up by the Obama campaign — without their knowledge or consent.

Oddly enough, that somehow failed to result in congressional hearings. Nor did it produce portentous rumblings in the “news” media about the need for regulatory control of social media. Indeed, as IBD goes on to point out, “In 2012, Obama was wildly celebrated in news stories for his mastery of Big Data, and his genius at mining it to get out the vote.” But that was then and this is now. Because Donald Trump committed the twin social blunders of running for President as a Republican and winning, anyone associated with that victory — unwittingly or not — must prostrate themselves before the Tribunus plebis.

Predictably, Zuckerberg has preemptively bent the knee to our Beltway masters. He dutifully pledges support for “net neutrality,” an Orwellian euphemism for giving government control of the internet. Moreover, he is already succumbing to political pressure from the left to suppress the Facebook pages of conservatives and Trump supporters. The latest victims of that project are “Diamond and Silk,” a duo of African-American Trump supporters who discovered that their posts no longer appear on the feeds of people who have liked or followed them. After months of inquiries as to why, Facebook finally responded thus:

The Policy team has come to the conclusion that your content and your brand has been determined unsafe to the community.… This decision is final and it is not appealable in any way.

And, if Beltway dynasts like Joseph Kennedy III have their way, this is a portent of worse things to come. Kennedy and his Democratic accomplices are frustrated by the loss of the ideological monopoly they once enjoyed in the media. They still own the legacy “news” outlets, of course, but the internet (and talk radio) prevents them from controlling all of the information the voters receive about the increasingly undemocratic agenda of the left. Facebook has provided them with a pretext — protecting the privacy of personal information — for debating the necessity of regulating the internet and social media.

But the only entity worse than Facebook at protecting your privacy is the federal government. Let’s hope that Mark Zuckerberg’s characteristic arrogance doesn’t cause him to say something so stupid during one or both of the congressional hearings he will attend this week that it provides the Democrats with an excuse for exerting government control over the remaining vehicles for free expression that we still enjoy.