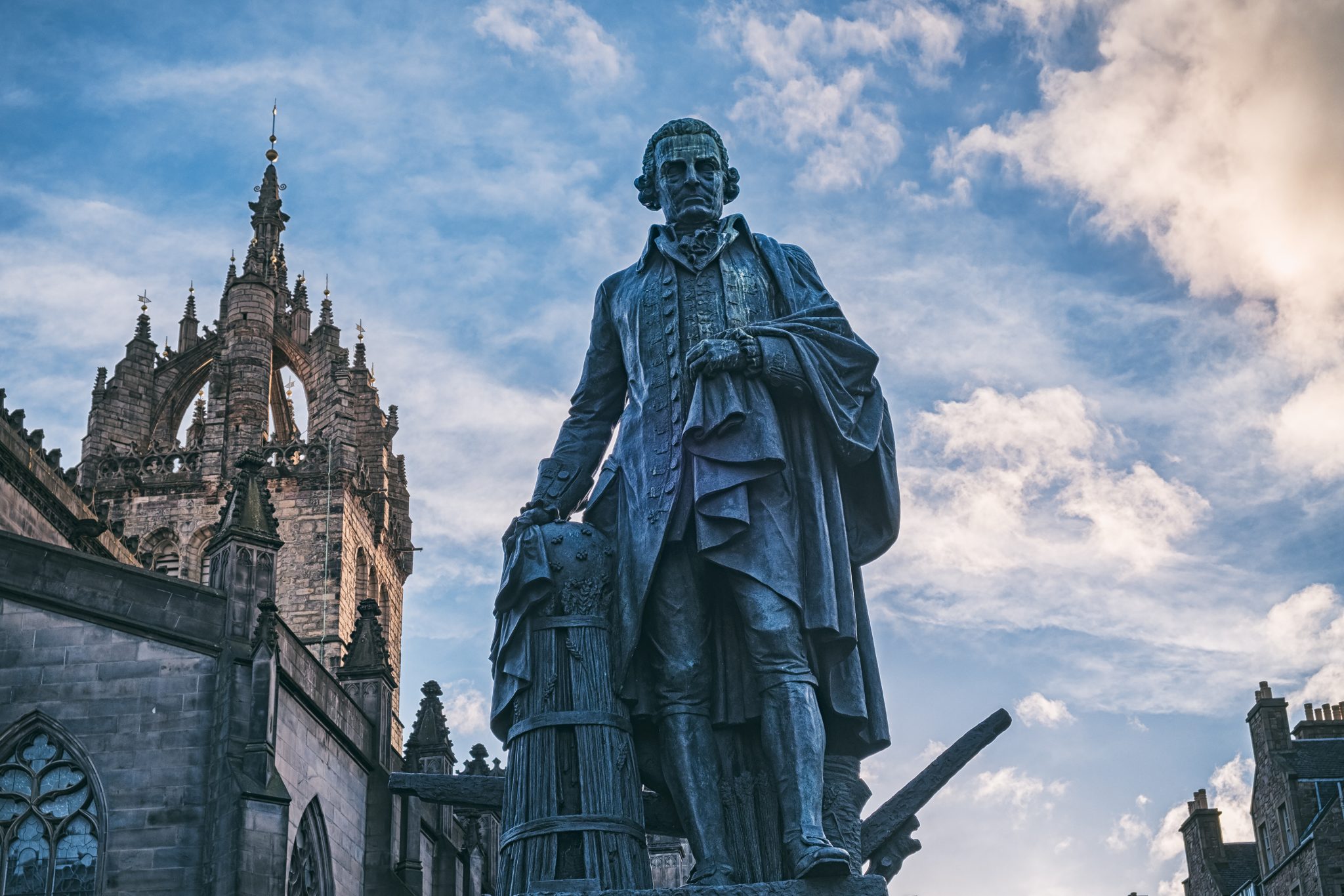 As free trade and markets are increasingly vilified today by the political Left and Right alike, the ideas of Adam Smith, author of the famed Wealth of Nations and sometimes called the Father of Capitalism, are also tarnished.

It’s worth noting that many of the modern criticisms of markets — the most common being that they promote greed, inequality, and materialism — aren’t new. They are, in fact, criticisms that Smith himself anticipated and answered in his works. Looking especially to insights found in the book that made him famous in his lifetime, The Theory of Moral Sentiments (TMS), we can learn much about Smith’s concern about the social, moral, and political dangers of the excesses of markets today and the importance of personal virtue in preventing them.

“The profit motive fogs the thinking of free-market advocates,” critics claim. In allowing for unchecked pursuit of personal gain, a free-market system necessarily feeds greed — at the expense of the society’s vulnerable and the collective good. But Smith cautioned anyone who thought that solely pursuing profit would bring happiness. In TMS, Smith recounts a parable of the “poor man’s son,” who observes the comfort of a rich man’s son and spends his whole life striving and longing to become wealthy. When he finally does, he realizes that he’s just as dissatisfied as he was when he was poor. Smith uses this story to illustrate the importance of contentment with one’s current status and wealth and to caution against the delusion that any amount of money can buy happiness.

“Inequality is an inevitable product of capitalist activity,” is another increasingly common refrain, as growing income inequality is one of the key national issues of our day. When we read about billionaires spending over a billion dollars on a superyacht or $5 billion on a collection of rare cars, while over one in 10 American households experienced food insecurity in 2018, it’s not difficult to see why many become so upset about inequality.

Smith was very aware of the inequality markets would produce. In Wealth of Nations, he wrote, “For one very rich man there must be at least five hundred poor, and the affluence of the few supposes the indigence of the many.” Smith also knew, however, that markets had great potential to lift entire cities and nations out of poverty — benefiting the wealthy, yes, but also the underprivileged. For Smith, inequality was worth the “universal opulence” that markets would produce, because the benefits of markets would “extend itself to the lowest ranks of the people.”

This has certainly proven true. Over the past 200 years, extreme poverty in the world has fallen from 90 percent to 10 percent, most of that over the last three decades alone. So while the rich may be getting richer, the lot of the poor is improving dramatically, too. Economist Deirdre McCloskey refers to the rapid growth in wealth over the last three centuries as the “Great Enrichment.” She argues in the New York Times that this was caused not by “exploitation of the poor, not investment, not existing institutions, but a mere idea, which the philosopher and economist Adam Smith called ‘the liberal plan of equality, liberty and justice.’ ” When people are given equality before the law en masse, she says, “leave them alone, and it turns out that they become extraordinarily creative and energetic.”

Critics maintain that because capitalism promotes excessive accumulation of money and possessions, the fact that some individuals are incredibly privileged while others have so little is still patently immoral. But Smith, far from encouraging hoarding of goods, advocated Stoic detachment and simplicity in life. One passage from TMS is particularly notable: “How many people ruin themselves by laying out money on trinkets of frivolous utility?… their pockets are stuffed with little conveniences. They contrive new pockets, unknown in the clothes of other people, in order to carry a greater number. They walk about loaded with a multitude of baubles … the whole utility is certainly not worth the fatigue of bearing the burden.”

Adam Smith was prepared for capitalism’s critics today. He knew that any sound economic theory must be grounded in an accurate understanding of human nature. Smith understood man’s disposition toward greed and selfishness, and he knew that man’s imperfection meant that any social and economic system — free or nationalized — would be imperfect as a result. To put a Smithian spin on James Madison’s famous words in Federalist 51, what is an economic theory itself, but the greatest of all reflections on human nature?

The Wealth of Nations is Smith’s theory of economic harmony, while TMS is his theory of interpersonal harmony. One cannot understand Smith’s economic theories without first studying his social and moral ones, as they temper the caricature of Smith as a supporter of capitalistic avarice — which, as we now know, he surely was not.

Alexandra Hudson (@LexiOHudson) is an Indianapolis-based writer, a 2020 Novak Fellow, and a Young Voices contributor. She is writing a book on civility and American civic renewal.