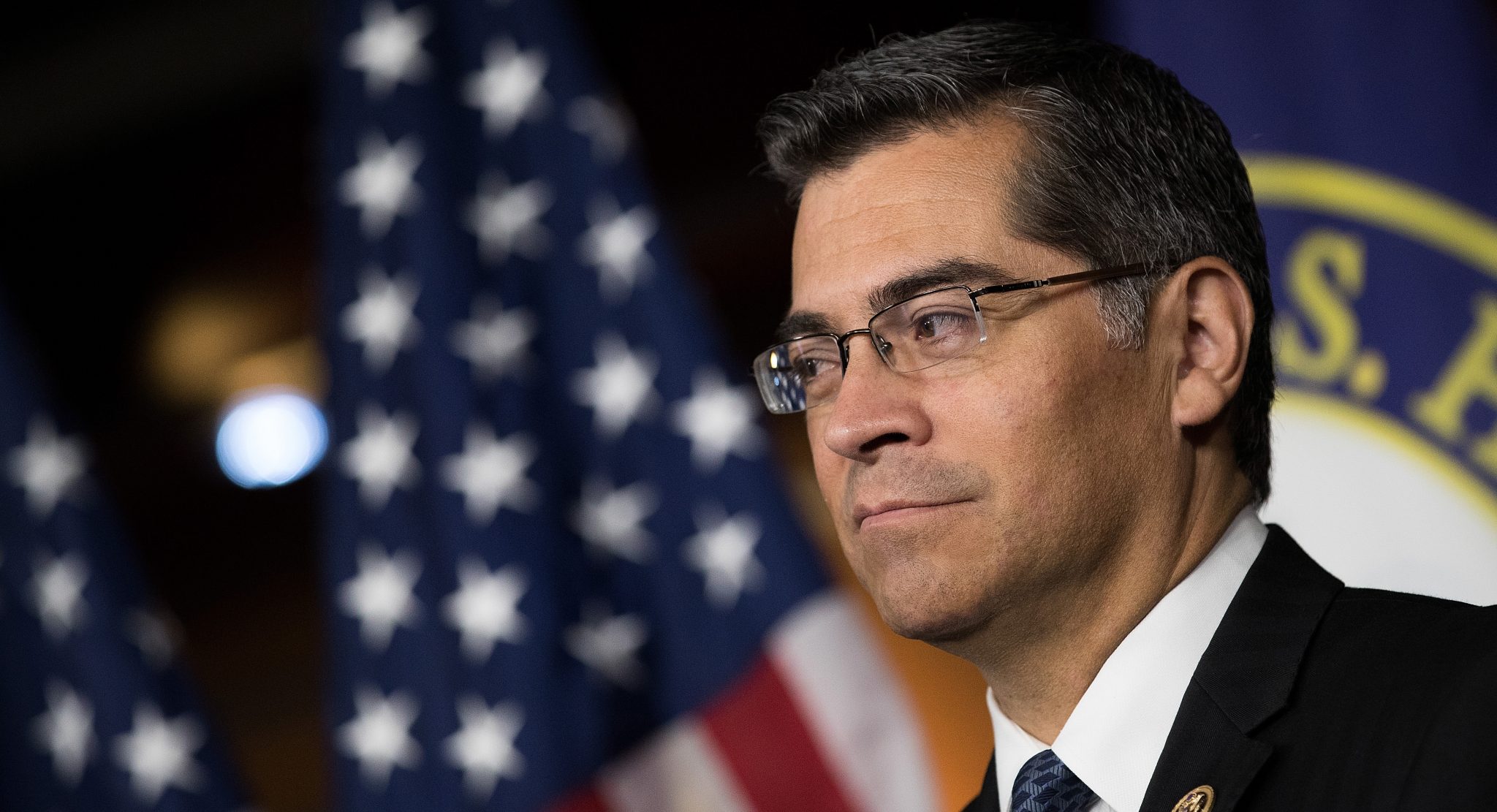 When I heard that President-elect Joe Biden had tapped California Attorney General Xavier Becerra to lead the federal Department of Health and Human Services (HHS), I reacted differently than most of my right-of-center friends. They were shocked that Biden would select a partisan warrior with little health-care experience to run a huge agency that will play a prominent role in the midst of a pandemic. I was thrilled that he might be leaving California.

Becerra has used his position at the state Department of Justice to advance the interests of the state’s public-employee unions at the expense of the general public.

Senate Republicans have expressed several predictable criticisms of Becerra. As the Los Angeles Times reported, “At least five Republicans objected to Becerra’s nomination, citing his endorsement of a government-run ‘Medicare for all’ healthcare system, his support for abortion rights or his relative lack of healthcare expertise and experience running an expansive government agency.” Leave it to Republicans to miss the main rubs against the nominee.

Any Democratic nominee is going to support abortion rights and some type of government-run health care. Many observers were surprised by the pick, given Becerra’s lack of direct health experience, but he wouldn’t be the first Cabinet secretary who lacks a deep background in the particular policy area that the agency handles. He now runs a bureaucracy with 4,700 employees. It pales in size with HHS, which has more than 79,000 workers, but it’s the same idea.

The more-substantive GOP critique of Becerra is that Biden has promised an administration that would try to reduce the nation’s divisions, yet Becerra has often used his current position to score partisan points. For instance, as the head of the California Department of Justice, Becerra took part in 107 state lawsuits against the Trump administration.

Some of those legal actions were defensible expressions of states’ rights, but most were a transparent ploy to use state power to derail a presidential agenda that was at odds with his progressive priorities. Such a strategy isn’t unique to Democrats, of course. Texas’s conservative AG also filed many lawsuits against the liberal Obama administration, but it’s certainly a legitimate reason for Republicans to challenge Becerra’s confirmation.

My main problem with him — and the reason I’d be happy to see Becerra decamp from Sacramento to Washington, D.C. — is that he has used his position at the state Department of Justice to advance the interests of the state’s public-employee unions at the expense of the general public. He probably can’t do as much damage at the federal level as he’s done here in our top law-enforcement agency, so that’s a plus for Californians.

For starters, Becerra has used his power to write titles and summaries that describe state ballot initiatives in a way that aided his political allies. In California, the attorney general writes these descriptions, which typically are the only things that people read before casting their votes. Recently, he wrote a title for a union-backed property tax increase that downplayed the nature of the tax hike and focused on new funding for schools. He put a thumb on the scale of justice.

Furthermore, even though the courts repeatedly smacked down Becerra’s efforts to defy a new state law that required disclosure of certain police disciplinary records, his defiance of established state law to protect police unions raises concerns about his impartiality.

These efforts even earned him ire from the Left. “When the chief law enforcement officer in the state refuses to comply with the clear intent of a law, he sets an awful example for others to follow,” according to a Sacramento Bee editorial. “At a time when police departments and communities across the state are reckoning with the impact of deadly police misconduct, he’s planting his flag on the wrong side of history.”

Republicans have thus far ignored that aspect of Becerra’s tenure, which isn’t surprising given the degree to which California’s GOP grovels before those same police unions. I am surprised they haven’t focused more on Becerra’s health-care record, limited as it may be. In fact, Becerra filed an antitrust lawsuit against a major northern California hospital system — in a case that should raise eyebrows given his possible new medical role.

As the Sacramento Business Journal reported last year, “Sutter Health has agreed to pay $575 million to settle a lawsuit by … Becerra alleging anticompetitive practices that have driven up the cost of health care in Northern California. The lawsuit claimed that Sutter’s domination of the Northern California health care market, through mergers and acquisitions, has forced insurers into costly contracts to retain access to Sutter’s network.”

Once again, the AG was echoing the interests of a union — in this case a grocery workers’ union that faced rising health-care costs. The deal isn’t yet finalized, but many people are worried about what such a large financial hit will mean in the midst of a pandemic. Sutter and other larger, vertically integrated health-care providers have provided some of the best responses to the COVID-19 situation, so Becerra’s grandstanding could come at a serious price.

Here again, we see that with Becerra union priorities and political posturing typically win the day. That’s a good reason for Republicans to pass on this nominee — although I’d be upset that Californians missed a good chance to send him elsewhere.