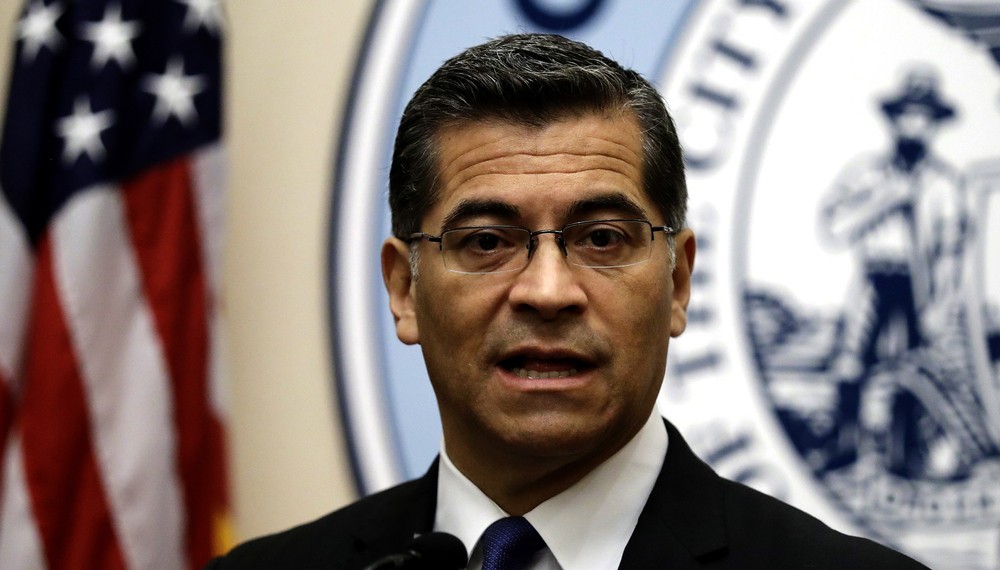 After an unusually long delay, the U.S. Senate is finally moving ahead with hearings to confirm California Attorney General Xavier Becerra as Health and Human Services (HHS) secretary. Given the ongoing pandemic and the key role that HHS will play in implementing Joe Biden’s health-related policies, this selection should be of particular importance to most Americans.

Becerra is an oddly divisive choice — one that undermines the new president’s promises on a number of levels. An editorial this week by the Southern California News Group summarizes the major flaws in the selection of Becerra, who as AG behaved in a particularly divisive and partisan matter (even by the standards of California Democrats):

We have two significant deal-killing concerns with Becerra after watching him operate in Sacramento. The first is his rabid partisanship. The second is his heavy-handed approach toward policy disputes. Those are the wrong traits in a person responsible for implementing Biden’s coronavirus measures, the success of which will require broad acceptance.

The newspapers pointed to myriad problems — ranging from his habit of filing (more than 100, at last count) lawsuits against the Trump administration, most of which had more to do with political posturing and less with legitimate states’ rights concerns. Then there was his willingness to serve as the cat’s paw for public-employee unions, especially the police unions.

Senators, however, are likely to focus the bulk of their attention on Becerra’s health-care experience. Politico spoke to a “senior Republican aide” who set the stage for the GOP strategy: “The case we’ll make against Becerra is: He will make your life worse. He will make the pandemic worse. To the extent he was involved with the pandemic in California, he laid the legal groundwork for lockdowns and closing houses of worship. Becerra owns all of that.”

That’s true, even though as attorney general he was mainly the enforcement arm for Gov. Gavin Newsom’s erratic stay-at-home orders. Newsom, more than Becerra, owns those policies. The GOP is taking a reasonable political tack, although I doubt it will be enough to derail the nomination. Highlighting Becerra’s support for “Medicare for All” and his unyielding “abortion-rights” position probably won’t do the trick, either.

There is one case, however, that ought to receive more attention — and could cause Becerra some potential problems. It involves his lawsuit against the largest Northern California hospital group, which Becerra accused of anti-competitive practices. The situation encapsulates everything that’s wrong with his selection in one example — his hostility to free markets combined with his willingness to flex government power on behalf of ideological agendas.

“When you look at places like New York and California that have been two of the biggest places for sheltering at home and across the board shutdowns — being very bureaucratic in its approach — you see that California is probably showing the worst results of any state in the country,” Sen. Mike Braun, R-Indiana, told Politico. “They’re taking that hard line of doing things that I think are counter to not only public health but just the right decisions.”

Well, the California case against Sutter Health certainly epitomizes that “hard line” approach. Republicans are right to worry about what that will mean if the Senate confirms Becerra for HHS. In June, Becerra had filed a court challenge against Sutter’s efforts to delay finalizing a $575 million antitrust settlement that it had reached with the state.

The state Department of Justice had strong-armed the company into the settlement by alleging in 2014 that the company was “engaging in illegal, anticompetitive practices that hurts California families.” Always an advocate for union interests, Becerra’s DOJ argued on behalf of the United Food and Commercial Workers and Employers Benefit Trust that Sutter Health’s efforts to expand their operations were improperly inflating medical costs.

“Among other allegations, the state’s lawsuit argued Sutter has aggressively bought hospitals and physician practices throughout the Bay Area and Northern California, and exploited that market dominance for profit,” according to a report last year in Modern Healthcare News. “In agreeing to the settlement, Sutter did not admit wrongdoing. Throughout the proceedings, it has maintained that its integrated health system offers tangible benefits for patients, including affordable rates and consistent high-quality care.”

Sutter had asked for a delay in implementing the settlement, noting that COVID-19-related costs had caused dramatic declines in revenue and had been looking at whether to “shut down, divest or convert to other uses” some of its hospitals in the wake of the costly agreement. Obviously, if the state forces a health-care company to endure these kinds of legal costs, it will have fewer resources available to fight against a pandemic.

The bottom line is that instead of working with one of the region’s largest and most important medical groups in the midst of a medical crisis, Becerra was hobbling its abilities to provide health care. It’s also worth noting that these larger medical operations — and its size was one component of the state’s antitrust case against it — have done a particularly good job in dealing with the new challenges.

As the editorial above notes, the nation needs an HHS chief who “prefers building bridges to bludgeoning foes.” Indeed. If Biden is serious about building widespread support for his coronavirus policies, he needs an HHS secretary who is more interested in figuring out solutions than suing health-care companies, cramming down heavy-handed shutdowns, and advocating union interests.