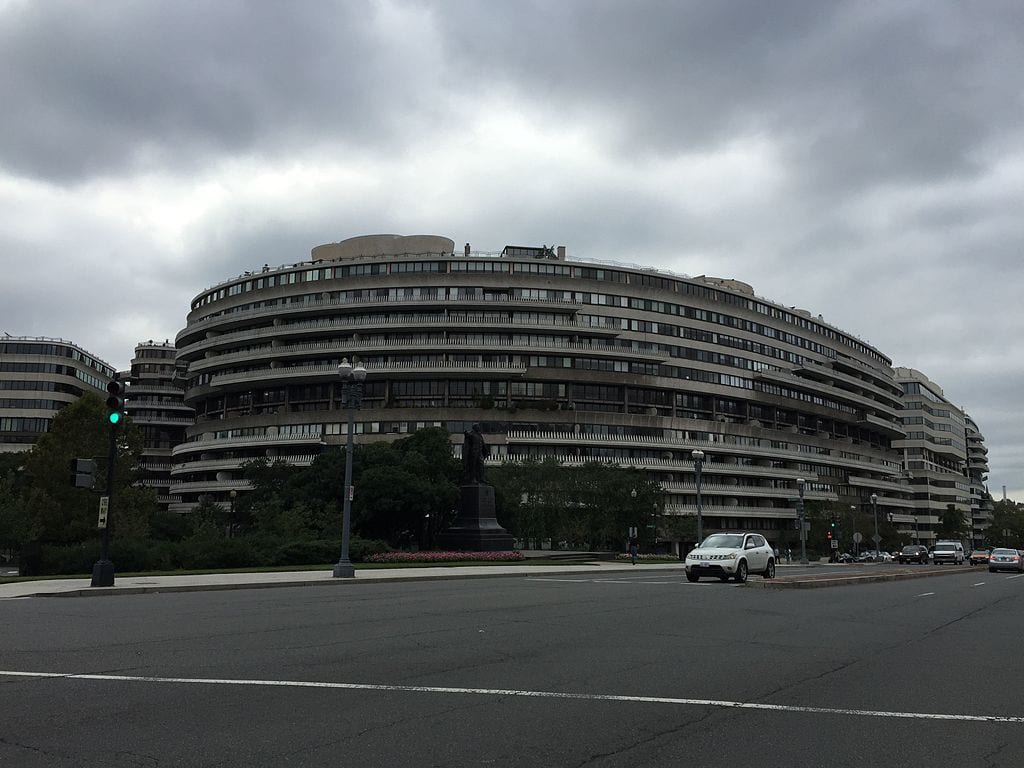 The fact that the FBI used uncorroborated information written and paid for by Hillary Clinton’s presidential campaign and the Democratic National Committee as the foundation of its counterintelligence operations against Donald Trump’s campaign and presidential transition is not in doubt. Nor is there any reason to believe that in the FBI’s and the Department of Justice’s abuse of power, their conduct isn’t worse than the Watergate scandal that brought down Richard Nixon.

The proof is found in the most basic comparison.

On June 17, 1972, five men were arrested in the Watergate hotel and office complex while attempting to photograph documents and plant listening devices in the Democratic National Headquarters there. The five acted on orders of Nixon’s Committee to Re-Elect the President. All were private citizens, though one claimed to be a former CIA employee.

The campaign of spying on then-candidate Donald Trump’s campaign advisors, and possibly on Trump himself, was conducted by federal government employees — FBI agents and others — on orders from the top leaders of the FBI and the Department of Justice. The abuse of power by government leaders to affect — and possibly reverse — the outcome of a presidential election is a greater crime that threatened our democracy.

The latest evidence came in a Washington Post op-ed by Jonathan Winer. According to his article, the following facts are clear.

Winer was a staff lawyer working for John Kerry in the Senate and at Kerry’s request joined his team at the State Department in 2013. Winer knew both Christopher Steele, author of the Trump “dossier,” and Sidney Blumenthal, one of Hillary Clinton’s most trusted and slimy political operatives.

Winer described Blumenthal as a friend of thirty-years standing. Winer knew Steele from 1999 and had discussed many matters relating to Russia with him over the years since.

Blumenthal’s history is one of smearing Clinton opponents. We remember Blumenthal for his closeness to the Clintons, reaching back to the days of Whitewater, and his role in counseling Hillary in the middle of the Benghazi attacks and their aftermath. He was one of the first to counsel Hillary to blame the attacks on the anti-Muslim video which virtually no one outside Washington had seen.

Winer met with Steele in September 2016 when they reviewed and discussed the information of Steele’s dossier. That same month, Winer spoke with Blumenthal about Russia’s hacking of DNC emails, many of which were authored by Blumenthal and disclosed to the press.

But here’s the important point. As Winer wrote, Blumenthal and he discussed the Steele information which Blumenthal said matched information he had received from “journalist” Cody Shearer, another Clinton operative.

Winer then passed the Blumenthal-Shearer information on to Steele, who included it in the information he supplied to the FBI. Remember, please, that then FBI Deputy Director Andrew McCabe told the House Permanent Select Committee on Intelligence (“HPSCI”) that no FISA warrant would have been sought from the FISA Court (“FISC”) without the information in the Steele dossier. Remember, too, that the FISC was never told about the highly political nature of the source of its information.

In short, Winer acted as a cut-out between Blumenthal and Shearer on one hand and Steele on the other. Winer did so to enable Steele to deny that he had received information directly from the Clinton campaign or the DNC.

The second most important development this past week is the letter to the Department of Justice and the FBI from Sens. Chuck Grassley (R-IA) and Lindsey Graham (R-SC) asking that Christopher Steele be prosecuted for lying to the FBI. Grassley is the chairman of the Senate Judiciary Committee, and Graham is a member. It’s important for three reasons.

Second, the Grassley-Graham letter points out that because the FBI knew that Steele was giving press briefings on his dossier — contrary to his denials to the FBI that he was doing so — the FBI had reason to question his, and his dossier’s, credibility. It also points out that the FISC was never told of the reasons the FBI should have been questioning Steele’s credibility.

(Steele’s dossier, published by the BuzzFeed website, consists of thirty-five pages of memoranda dated between 20 June and 13 December 2016. It contains a great many accusations against Trump, ranging from bribes paid in deals with China and in St. Petersburg, Russia to allegations of Trump’s use of Russian prostitutes. The allegations are credited to anonymous sources.)

Third, the Grassley-Graham letter says that Steele admitted to a British court that he included in the dossier reports “unsolicited — and unverified — allegations.” Unsolicited and unverified information received from whom? Through Winer, Steele received some or all of the information he gathered indirectly from Blumenthal and Shearer. It was “unsolicited” in the sense that he may not have asked for it. But the Clinton campaign planted it in his “dossier” as was their privilege to do because they were paying him through Fusion GPS to write it. They were his customer and he was their scribe.

Stop here for a moment. Steele’s dossier and each allegation in it were hearsay. As such those allegations couldn’t be used in a FISC surveillance warrant application without first being verified by the FBI. As the Grassley-Graham letter shows, Steele has admitted that he didn’t verify the information in the dossier.

Even if Steele swore to the dossier’s veracity — and the FBI knew that he didn’t — the only proper way the FBI could use it was to attempt to investigate its allegations. It began to do that, but before the allegations were verified, FBI agents signed sworn affidavits in support of the warrant applications. The only conclusion is that they swore to facts they couldn’t say were true and evidently perjured themselves.

HPSCI Democrats, led by Adam Schiff of California, wrote their own memo, a ten-page document intended to counter the Nunes Memo. The Dems’ memo, dated February 5, was voted out of the committee and sent to the White House for declassification so it could be published.

On Friday, White House Counsel Donald McGahn sent the letter back to Schiff explaining that while the president was inclined to declassify it, after a review by Director of National Intelligence Dan Coates, FBI Director Christopher Wray, and Deputy Attorney General Rod Rosenstein, the White House decided that the Dems’ memo included information too sensitive to declassify.

McGahn’s letter forwarded a copy of the Schiff memorandum to show them what needed to be redacted in order to be declassified. He offered to work with Schiff to get a form that could be declassified.

Schiff, of course, denounced the McGahn letter as a coverup. So did Senate Minority Leader Chuck Schumer (D-NY).

The wackiest comment of the week came from Sen. Dianne Feinstein (D-CA) who condemned the Grassley-Graham letter’s referral of Steele for criminal prosecution. DiFi said, “Not a single revelation in the Steele dossier has been refuted. Unfortunately, the claims in the criminal referral rely on classified information, so it’s difficult to fully repudiate them here.” Further comment on DiFi’s antics would be superfluous.

There is less in this than meets the eye, as my friend Andy McCarthy has pointed out. In early July 2016, then FBI Director James Comey held his infamous press conference declaring Clinton and her staff were guilty of no crime in using her private unsecured email system to traffic in classified information.

Strzok had worked on drafts of Comey’s statement exonerating Clinton. But as of September 2, the Clinton matter was closed. The counterintelligence investigation of Trump’s ties to Russia was in its first stages, the FISC surveillance warrant applications probably being drafted by then.

Obama’s interest in what the FBI was doing with the Trump campaign was undoubtedly political (because Obama never did anything that wasn’t) but as president he was entitled to delve into what the FBI was doing on Trump and his campaign. Raising questions about a counterintelligence investigation, even directing it, is a legitimate function of the presidency.

Several Republicans have called for another special prosecutor to investigate the FBI’s and DoJ’s conduct in the use of the unverified allegations of Steele’s dossier in seeking surveillance warrants from the FISC. Those calls are premature.

DoJ Inspector General Michael Horowitz, an Obama appointee, is investigating how the FBI handled the Hillary Clinton email investigation. He canceled a meeting with Congressional investigators when the Nunes Memo was released. He may also be investigating the FBI’s abuse of its FISA power in respect to the Steele dossier. His report is due in March.

Horowitz has, so far, proven himself by recovering thousands of the Strzok-Page text messages that others didn’t find. We need to see his report before any more special prosecutors are appointed.