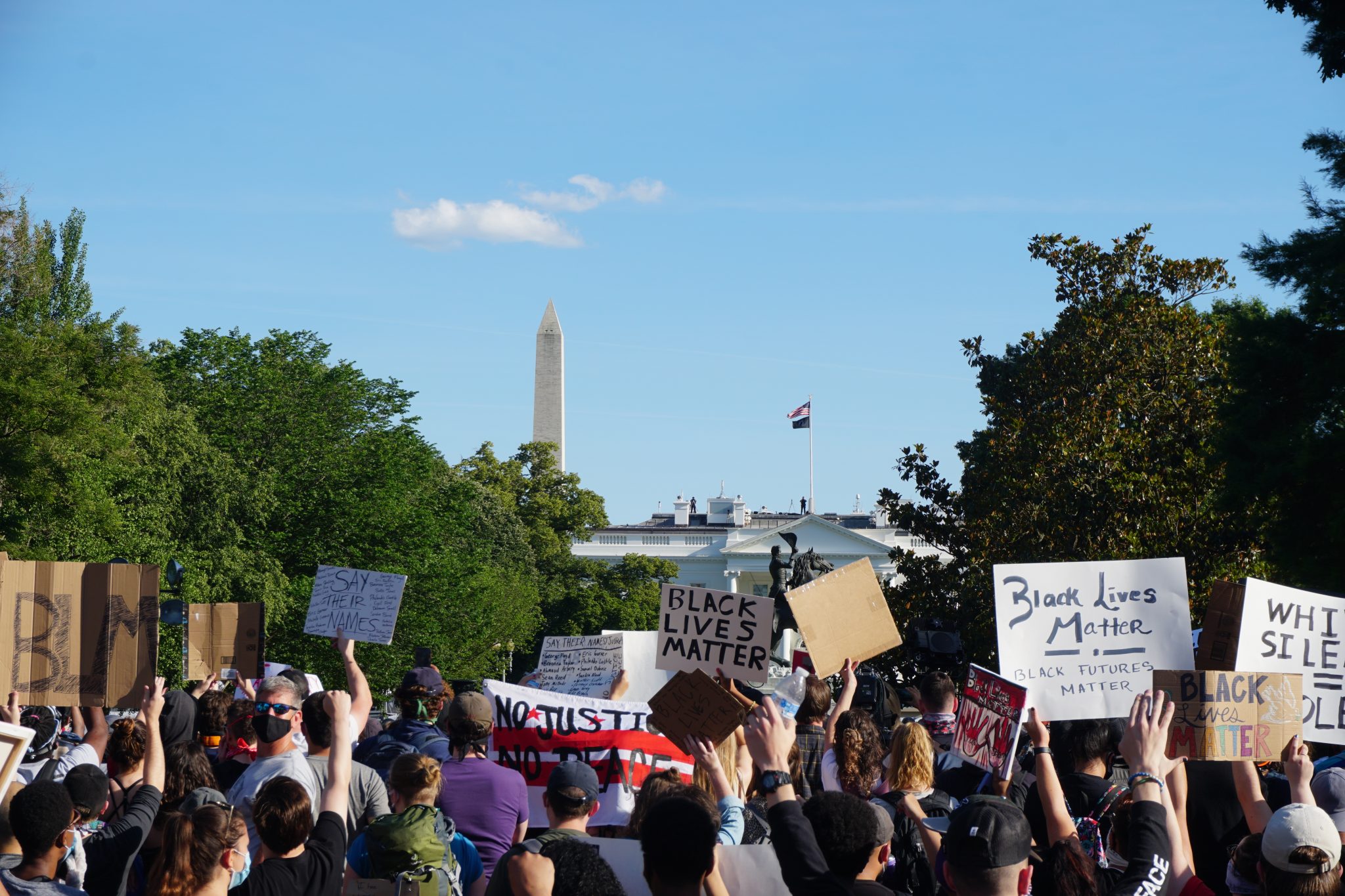 The video of George Floyd’s death and the subsequent riots across the country have gone global and sparked peaceful protests — which soon became violent — in Western Europe, Canada, and Australia in solidarity with U.S. demonstrators. Thousands of people marched in major cities starting last week despite the coronavirus lockdown restrictions banning large gatherings. Aside from quarantine fatigue and growing resentment with heavy lockdowns, what made people on the other continents take to the streets for the anti-racism marches in opposition to police brutality in the U.S.? How come such countries like Germany with 95 percent fewer deaths caused by law enforcement officers than in the U.S. and no flagrant issues with a race-based disproportionate use of violence still chant, “Stop killing us?” Why does the rest of the world care so much about American politics?

There could be two potential reasons for that. First, the U.S. is still the world’s imperial power, which dominates global culture — starting with Netflix’s growing role as an exporter of American values worldwide to the impact of politicized American pop singers and Instagram influencers raising awareness about local issues — and continues to hold the world’s close attention. As early as 1931, the Radio Times, a British weekly magazine, said that Americanization was responsible for “new manners of thinking, for higher pressure of living, for discontent among normally contented people, for big ideas, and for ‘Oh yeah.’ ”

The U.S. is still the leader of the free world, and when things go wrong here at home, the rest of the Western world feels that they are also losing ground under their feet. That being said, the second reason our problems echo across Europe, Australia, and Canada is that they trigger local worries.

In Australia, the riots in the U.S. have revived a conversation around police actions against the country’s aboriginal communities and planted a seed of doubt in the system in Australia’s liberals, who have long been dissatisfied with local law enforcement services. In 2019, indigenous people represented 3.3 percent of the total Australian population but 29 percent of the sentenced prison population. More than 20,000 marched in Sydney and other cities on Saturday demanding the reduction of aboriginal prison rates.

While Australians managed to keep their protests peaceful, demonstrations in the UK have quickly escalated. Alongside showing solidarity with demonstrators in the U.S., organizers of anti-racism protests in the major British cities called for the eradication of police brutality in the UK. It must be noted, however, that violence begets violence. “I am deeply saddened and depressed that a minority of protesters became violent towards officers in central London yesterday evening,” said the Metropolitan Police Commissioner in London in response to people throwing traffic cones, smoke bombs, and even fireworks at police. “These demonstrations have been subverted by thuggery – and they are a betrayal of the cause they purport to serve,” Prime Minister Boris Johnson tweeted.

Following the U.S. lead in tearing down Confederate monuments, in Bristol, a group of demonstrators on Sunday toppled an 1895 statue of Edward Colston, a philanthropist involved in the slave trade. London protestors defaced Winston Churchill’s statue on the anniversary of D-Day amid the anti-racism outrage. Home Secretary Priti Patel in an interview with Sky News said that the scenes were “utterly disgraceful,” and asserted that this act of vandalism “speaks to the acts of public disorder that actually have now become a distraction from the cause, in which people are actually protesting about and trying to empathize and sympathize with.”

U.S. protests have also reopened old wounds and prompted some European countries to confront their colonial past. In Ghent, demonstrators defaced the bust of King Léopold II, blaming him for Belgium’s atrocities during colonial rule in the Congo. A group of French protestors burned a Colonial American flag with French and American names written on the white stripes.

It seems that a wave of anger and frustration started in the U.S. has struck almost every Western nation and triggered local worries. The thing is, you will always find injustice if you are deliberately looking for it. Countries with no obvious problems with the police force have turned to cultural trauma for their collective identity, which surprisingly had not bothered them until protesting became the new black.