Hither and Yon,Top Story Pete Buttigieg,Politics,Tucker Carlson Wokemart - The American Spectator | USA News and Politics
Menu
Hither and Yon
Wokemart
Walmart’s moralizing on guns is a wholly unwelcome development. Plus, has there ever been a more obnoxious presidential candidate than Pete Buttigieg? 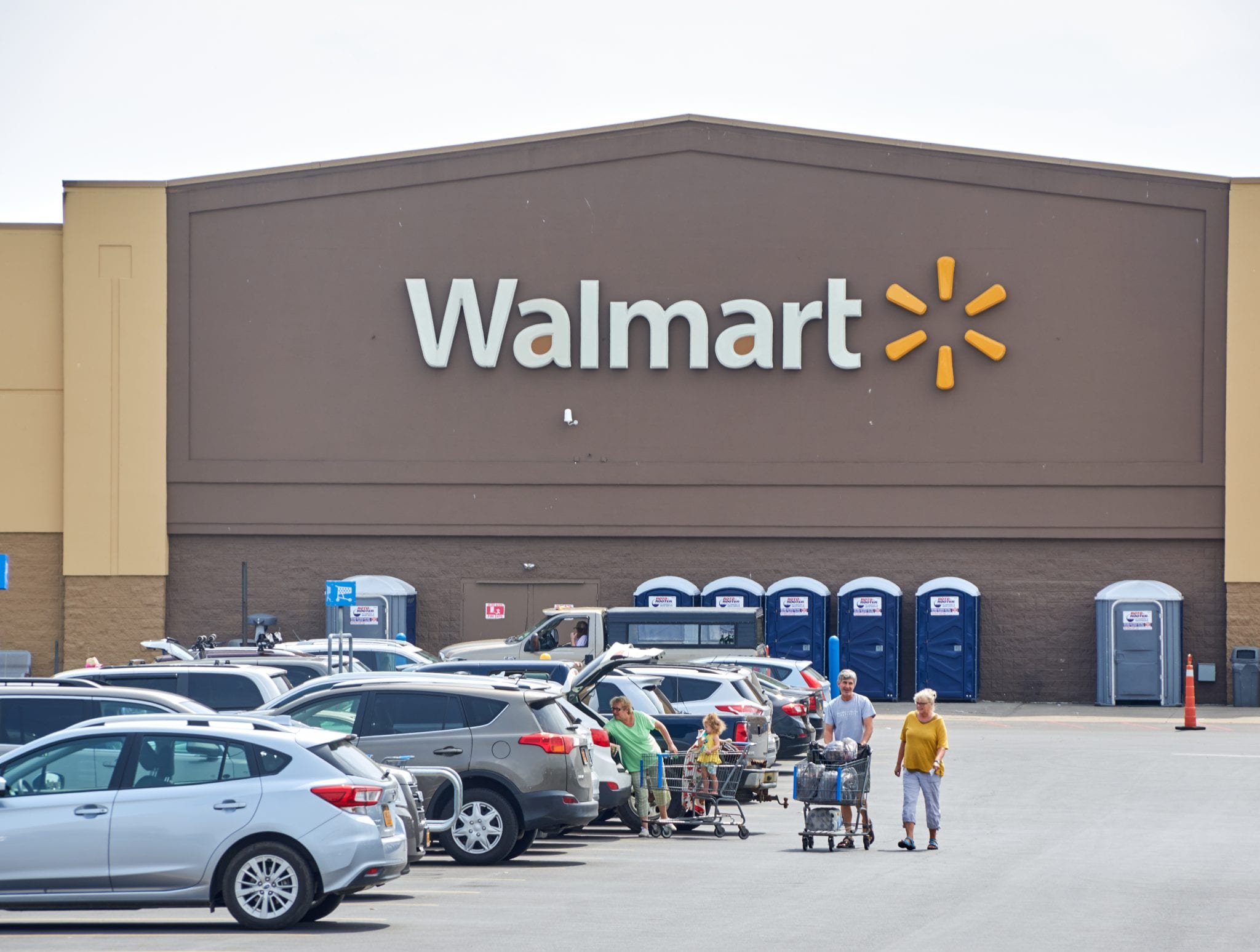 Do we really have to listen to Walmart’s attempts to lecture us on the morality of our consumer purchases? Has American consumer culture hit the skids that badly?

Last week the retail giant actually crossed the Rubicon with Middle America. Walmart announced that it was requesting its customers refrain from openly carrying firearms in its stores. Additionally, the retailer said it plans to stop selling some types of ammunition. Walmart will also end handgun sales in Alaska, the only state where it still sells them. Walmart discontinued the sale of “assault-style” weapons, otherwise known as scary-looking rifles, in 2015. Last year, Walmart raised the age at which it would sell guns and ammunition to customers from 18 to 21. Walmart hasn’t sold handguns since 1993, other than in Alaska.

So Walmart is now as woke as woke can be where it comes to firearms, and good lefties across the fruited plain can stop their snide comments about the retailer and its customer base.

But the job isn’t finished. If Walmart’s CEO Doug McMillon, whose curriculum vitae contains nothing to indicate his status as a social justice warrior — he’s worked for the company his entire adult life — wants to transform Sam Walton’s family business into the Nike or Starbucks of the retail world, he still has a lot of work to do.

First of all, McMillon can take some advice from that famously woke left-wing pundit Tucker Carlson, who last week responded to the news about Walmart’s exiting the firearms business by noting that its business model has not been especially indicative of care for the American people. After all, Walmart has been a veritable plague of locusts for small business retail in America over the past 40 years, wiping out entire shopping districts on Main Streets across the land. And for what? So that it could serve as a conduit for cheap Chinese goods undercutting American manufacturers of everything from paint to textiles to flatware to shoes. How much of our trade deficit with China, who it’s more and more clear is a predatory economic power actively seeking to undermine America’s national interests (if you’re interested in more on that question see a fantastic interview with Trump advisor Steve Bannon on that subject here), is Walmart responsible for?

Feel free to ask McMillon that. He’ll surely cough up a response having to do with free trade, etc., without any reference to how free the trade is crossing the Pacific the other way.

And as Carlson notes, while Walmart is enriching China at the expense of Mom and Pop America it’s outsourcing its payroll to the American taxpayer by putting its employees increasingly on part-time hours and signing them up for Medicaid, food stamps, and Section 8 housing.

In small towns where the local economy has been shorn of small business, particularly in retail, those employees don’t have a lot of options allowing them to tell Walmart to go to hell. That kind of leverage does carry a responsibility to act as a good corporate citizen.

Which nobody really thinks Walmart does. For the longest time it was the Left, which hates every iteration of Corporate America other than the ones who pay suitable homage in woke pronunciations or straight-up cash tribute (something Walmart has dutifully obliged for several years running), leading the way in trashing the retailer. But Carlson’s tirade last week shows the dissatisfaction has now crossed party lines.

So if Walmart wants to truly become Wokemart and redeem itself in the eyes of the American people, since somehow it’s the retailer’s fault if psychotic losers chose it as a target-rich environment to engage in mass killings because there might be guns in the store, we have further suggestions.

Walmart is, after all, one of the nation’s largest distributor of opioids. As everyone has to know by now, opioids are a whole lot more effective in generating a body count than firearms are. Why would Walmart get out of the gun business and continue selling opioids?

It turns out Walmart is curtailing its distribution of the highly addictive painkillers, but that hasn’t kept it from being named in a massive lawsuit over the opioid epidemic. Since the company is so woke now, why not just pay up and get right with the world?

And what about booze? Is there a larger retailer of alcohol than Walmart? We don’t think so. As it turns out, Walmart isn’t planning on getting out of that business — which everyone knows is a lot deadlier than firearms. In fact, the company has been aggressively working to increase its sales of beer and other intoxicating libations. Shouldn’t it be seeking to give back that market share as part of its new woke business model?

As you might imagine, the above can be taken with a grain of salt. Walmart’s corporate responsibility is primarily to its shareholders, and this woke attitude toward firearms does nothing to increase their dividends. It’s purely an attempt to keep the social justice wolves off its door — but that is a fool’s errand, because the Left knows no limits, and it does you little good to be eaten last when you are, at the end of the day, nevertheless eaten.

McMillon is showing himself to be a poor facsimile of Old Man Walton, who put blood, sweat, and tears into building that retail empire — for good or evil. He seems to be allowing himself to get rolled by the Usual Suspects, and it’s an easy prediction that Wokemart isn’t going to outperform the original recipe.

We can’t let this column end without at least a mention of something that doesn’t yet deserve full treatment of its own. Namely, that we’ve never seen, nor do we imagine our readers have ever seen, a more fully obnoxious and poisonous presidential candidate than Pete Buttigieg.

This isn’t a slam at Buttigieg because he’s gay, though the fact that he’s gay undoubtedly colors his obnoxiousness. But if he was straight as Wilt Chamberlain it wouldn’t make him any less of a jackass, and we can’t just ignore the idiotic and offensive things coming out of his pie-hole for fear of being branded homophobic or some other insipid politically correct adjective.

This is someone who, after all, piped up during CNN’s six-hour drone-a-thon on “climate change” by lecturing America that its insufficient commitment to left-wing governmental solutions to global warming is “a kind of sin.” That’s an interesting formulation for someone who openly lives a lifestyle which is clearly outlined in the Bible as a sin — something Buttigieg refuses to acknowledge and in fact castigates those who recognize biblical teaching on homosexuality as bigots and sinners in their own right. That hypocrisy was too much for Buttigieg’s brother-in-law (a term we use advisedly, as we’re talking about the brother of the man Buttigieg is “married” to), Rhyan Glezman, who in an interview last week offered the most insightful characterization yet made of the mayor of South Bend, Indiana. Glezman, a Christian minister, likened Buttigieg to a modern-day Pharisee — in that the Pharisees were a Jewish sect that applied the laws of the Torah not just overly harshly but also in ways that muddied or even contravened the clear spirit of Judaic law.

“Buttigieg is a person who’s making up their own rules and regulations and, basically, if we don’t celebrate and endorse their interpretation of Scripture, our religion is fallible. And that’s just not true,” Glezman said.

He was especially set off by Buttigieg’s contention that the Bible declares life begins at birth, something that is clearly and obviously wrong in the eyes of anyone who actually understands biblical teaching. But Buttigieg has a long history of abusing Christian teachings in an effort to push his political agenda — and doing so in an aggressive manner whereby not only does he push a heretical view of Scripture but also accuses those who disagree with him of being bad Christians.

There is something vaguely satanic in this, not to put too fine a point on it. It would be giving Buttigieg far too much credit to ascribe much credence to his bid for leadership, as he’s but a blip in the polls of the Democrats’ primary race. But if one were to wonder about the potential for an Antichrist to come out of American politics it’s not a horrible bet that such a horror might look like a Buttigieg with his aggressive heresies and bald-faced moralizing mendacity.

We won’t go that far. Instead we’ll stick with the provable and obvious, which is that America has never seen such an unmitigated jerk as a presidential candidate.