by Steven Greenhut
Irrigated field in the Salinas Valley, California (David A Litman/Shutterstock.com) 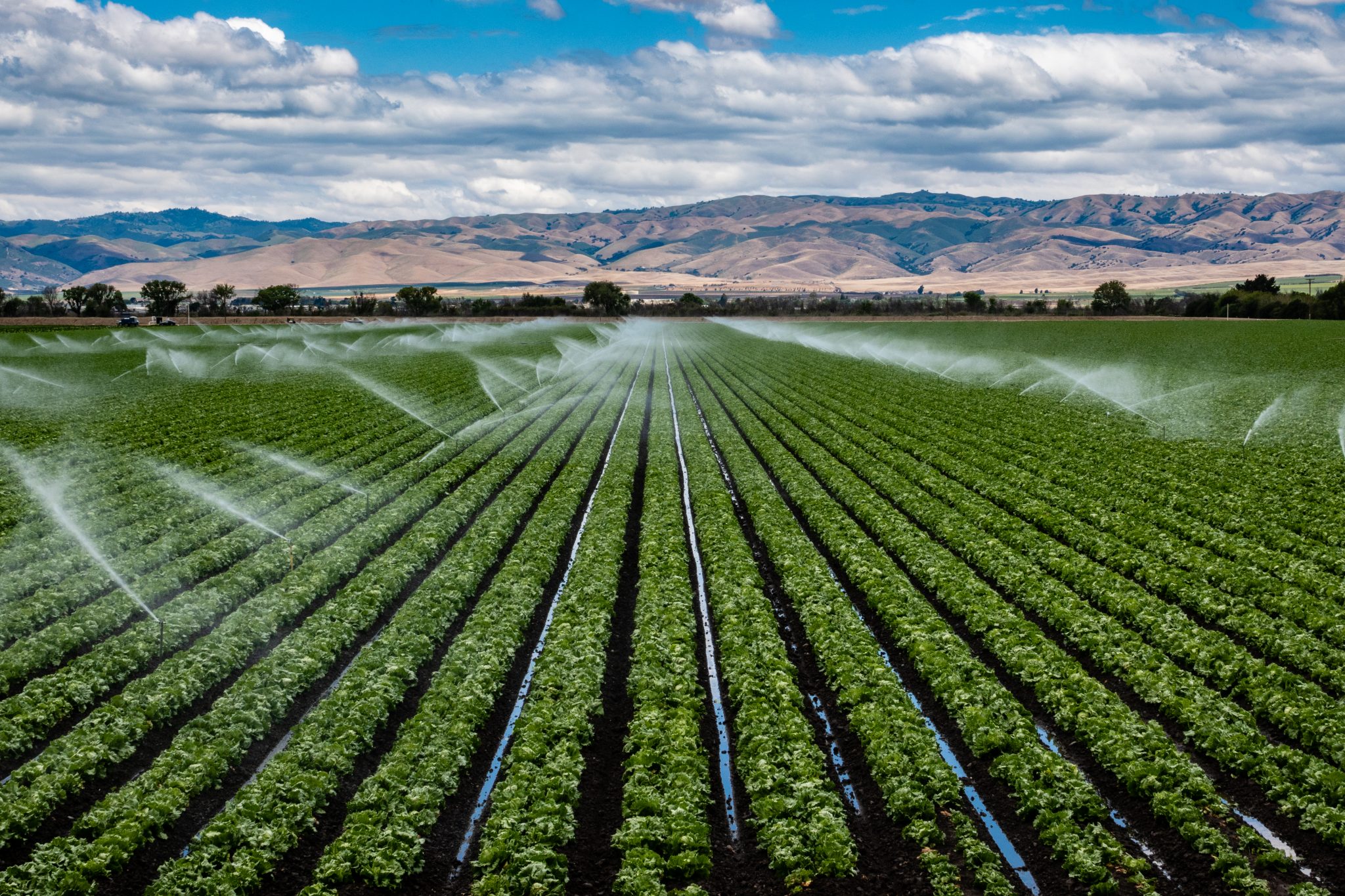 This column is an excerpt from my forthcoming book published by the Pacific Research Institute: Winning the Water Wars: California Can Meet Its Water Needs By Promoting Abundance Rather Than Managing Scarcity. It will soon be available from your favorite online bookseller.

California is no stranger to water shortages and even to severe droughts. The latest one dragged on for six years and dominated Capitol discussions throughout its tortuous run. It was a genuine crisis, and the state’s go-to approach was to prod residents into improving their already impressive levels of water conservation, although voters did eventually pass a water bond that partially funded some water-infrastructure improvements. State officials also like to blame California’s water problems on climate change.

California officials can indeed provide more water if they recommit to engineering policies that increase water supplies rather than force us to re-engineer our lives in the face of mandated scarcity.

Total urban water (residential, commercial, governmental) uses comprise around 10 percent of the state’s total water supplies, so taking a conservation-heavy approach only creates diminishing returns — and has a minimal effect on water supplies. If the state’s water wars were about numbers — how to store enough water to meet the needs of a specific population — rather than ideology, then California would have met its future needs long ago and water shortages would largely be a non-issue even during droughts.

In fact, it was easy to conclude — based on statements they made during the drought — that some state officials and many environmentalists saw extreme conservation and water rationing as an end in itself. They clearly were using the drought to promote the kind of policies they’ve always favored, and weren’t about to let a good crisis go to waste. As with wildfires, climate change could be exacerbating the situation, but the fundamental problem centers on policy choices.

These activists and leaders didn’t seem particularly interested in developing more water supplies, which would mean embracing new water-infrastructure projects and market-based reforms. They didn’t acknowledge that around half of the state’s water flows out unimpeded to the sea, but typically blamed agricultural and urban users (and Mother Nature) for the shortages. They view water storage, which remains one of the most effective means to plan for future drought years, as a blight.

To their credit, California residents stepped to the plate and achieved stunning water-use reductions by exceeding the governor’s aggressive conservation goals, but it never seems to be enough for the professional scolds. We face a core problem: a state water policy that is more focused on boosting fish populations and which uses water availability as a means to limit growth and force changes in the way we live.

There’s too little focus on increasing water supplies because, frankly, that’s not often the goal of those who make public policy. As U.S. Rep. Tom McClintock, R-Roseville, likes to say, “Droughts are nature’s fault. They happen. But water shortages are our fault. They are a choice we made when we stopped building adequate storage to meet the needs of the next generation.”

I suggest an “all of the above” approach to water policy. There are many ways to feed more water into our state’s “plumbing” systems. Some are more politically feasible or cost-effective than others, but the goal should be a policy that creates water abundance, through a multiplicity of approaches.

In most cases, simply building more surface and groundwater storage facilities is the least costly and most beneficial option — but it’s also the one most fraught with political pushback from powerful environmental interests who almost always oppose storage projects, especially through building or expanding dams and reservoirs. We also desperately need more market mechanisms, such as a better means to price and trade water.

Sadly, there’s a burgeoning movement that wants to decommission some of our existing water-infrastructure systems and move us in the opposite direction — toward a precarious state of scarcity. It’s part of a growing nationwide movement to demolish dams and “free” the rivers from their dammed shackles.

Some of those policies are driven by a sincere desire to restore wild and scenic rivers (and dam removals sometimes do make economic sense), but a lot of it is driven by an ideology that sees humanity as a blight or at least a threat to the state’s natural environment. This approach reveals a utopian vision. Many prominent environmentalists envision a rural West that largely is turned back to nature. This is not an exaggeration, nor does it bode well for the future or our state.

Many environmental groups and their political allies prefer a policy of scarcity, backed by state-imposed limits and edicts, and enforced by inspectors — and they’ve skillfully refocused (through politics and tireless litigation) the state’s water priorities toward these ends.

They’ve derailed many proposed water-infrastructure projects and impose so many legal and regulatory hurdles on new ones that it often renders them cost-prohibitive or creates decades-long lead times to build them. These slow-growth, high-price policies are particularly regressive — they harm the poorest people the most by driving up the cost of virtually everything.

Environmental concerns and fish populations are important, but the state’s approach to declining habitats — by basically flushing more water unimpeded through the rivers — has not improved the health of endangered species, especially salmon and Delta smelt. Officials often misdiagnose the problem — or ignore other likely causes for species decline that don’t fit their narrative. There are better approaches to helping fish, but almost all of them involve — and here’s the term again — a water policy based on abundance.

California officials can indeed provide more water to help farms, businesses, urban water users, and wildlife if they recommit to engineering policies that increase water supplies rather than force us to re-engineer our lives in the face of mandated scarcity. Make no mistake about it, many environmentalists and lawmakers prefer the latter approach.

Even though the state’s population has doubled since the state and federal governments built any serious water-storage infrastructure in the 1970s, the state’s water scarcity actually can be solved with a few strategies and targeted investments (and ones that cost much less than some of California’s other big-ticket and seemingly pointless priorities, such as the $68-billion-plus bullet train). The question is more about priorities and political will than engineering or public finances.

It all comes down to a simple choice: Does the state want to build the infrastructure and embrace the other innovations and policies needed to provide us all with plenty of affordable water? Or does it prefer a world of scarcity and skyrocketing prices, where government planners issue rationing edicts and farmers must let vast acreage go fallow?

Steven Greenhut
Follow Their Stories:
View More
Steven Greenhut is a senior fellow and Western region director for the R Street Institute. Write to him at sgreenhut@rstreet.org. His political views are his own.
Most Popular
1
Political Hay
McConnell Gets Burned After Trying to Compromise With Democrats on Electoral Count Act
by Ali Alexander