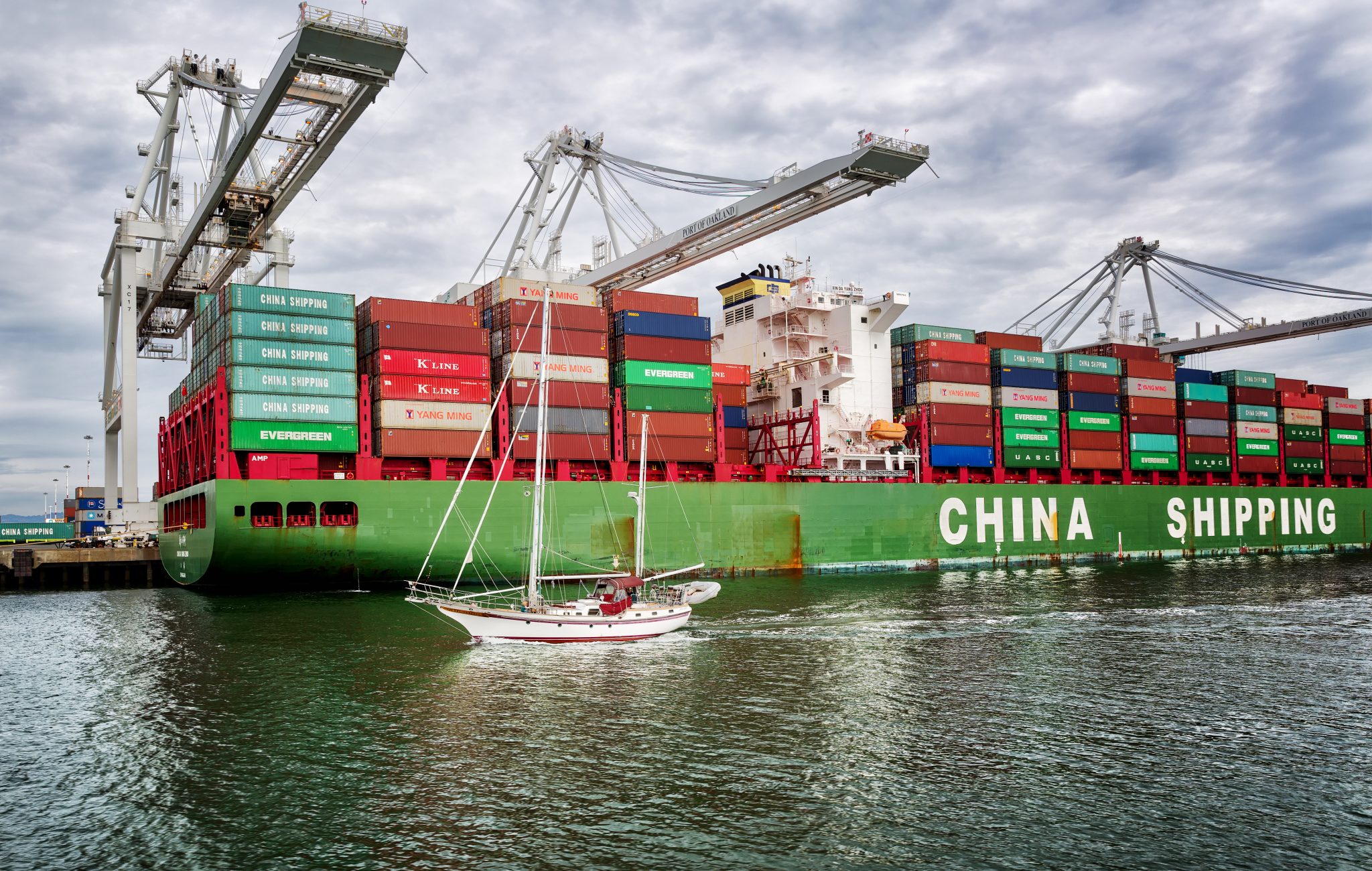 The most fundamental reason for the trade war is the political and economic system of China. China is ruled by the Chinese Communist Party (CCP), which claims to know the human destiny — communism — and therefore the party is infallible. To lead the humanity to its destiny, the party must have absolute power over every aspect of society, not only political power and economic control but also control over the culture, the flow of information, and people’s opinions.

Interestingly, the current CCP leadership has avoided Mao’s mistake of ignoring the people’s welfare, and it has done a quite successful job of aligning the interests of the people and the party. For example, the economic goal of China is to develop the economy and profit from international trade. To achieve this, the party, being above the law with absolute power, runs China like a huge corporation. Living and doing business in China is not a right, but a privilege granted by the party. The state-owned enterprises are essentially business units, and foreign and private firms are like franchisees of China, Inc. owned by the CCP.

Living and doing business in China is not a right, but a privilege granted by the party.

People in China are not citizens, but employees of the giant corporation, with the party leader as the CEO. The CCP’s industrial and trade strategy is to identify key industries, such as electronic vehicle batteries, mobilize the necessary resources such as acquiring cobalt worldwide, protect its domestic markets, and subsidize its national firms. One such example is Contemporary Amperex Technology (CATL). The large, protected domestic market enabled CATL to quickly work its way down the learning curve and quickly realize its economies of scale.

The CCP also uses state intelligence collection capabilities to help Chinese firms acquire foreign technologies. If other countries confront the Chinese firms for alleged illegal behavior, the CCP will use its state power to intervene and retaliate. Now CATL is among the largest electronic vehicle batteries suppliers in the world.

Using this strategy, the CCP has expanded China’s domination in several key industries, such as solar panels, high-speed rail, and 5G networks. While supporting the industry/firm selected by the CCP for global dominance takes away resources from other businesses and people, once the supported firm dominates the world market, the revenue from its near-monopoly position will create jobs and raise the income level for the people in China. In this sense, the CCP’s global expansion strategy, while unfair to other countries, not only pays off for the party and the favored firm or industry but also benefits the ordinary Chinese people, making the interests of the party and the people more aligned.

The present trade war may change this by stopping unfair practices. The U.S. demanded that the laws in China be fair and impartial and that the CCP stop its “Made in China 2025” strategy. This strategy uses state power and unfair industrial and trade policies to achieve dominance in the industries that the CCP deems strategic. The U.S. has also demanded that China cease subsidizing Chinese firms to gain unfair advantages and stop stealing intellectual property from other countries. It has demanded that China remove trade barriers and open its markets. In sum, the U.S. wants the CCP to give reciprocal treatments to the U.S. and U.S. firms, and protect doing business in China with a true rule of law. This demand, if completely fulfilled, would effectively end the absolute rule of the CCP in China.

Aware of this outcome, the CCP strongly opposes the demands of the U.S. and is attempting to mobilize the Chinese people to do the same. The CCP’s message to the Chinese people is that the U.S. is waging the trade war because the U.S. is afraid of losing its No. 1 position in the world to a rising China. If the party agrees to the demands by the U.S., it says, you, the Chinese people, will suffer. In other words, the CCP must preserve China as a giant corporation and continue unfair trade with the U.S. and the rest of the world. Most Chinese people seem to agree. (What the ordinary people in China appear not to realize, however, is that, even if China is able to continue trade with the U.S., its comparative advantage in low-cost labor will disappear. The people’s share of the benefits from the unfair trade will decrease faster than the CCP’s share. This will eventually increase their dissatisfaction towards the party.)

For the U.S., demands that China change not only trigger Chinese wrath but also face resistance from U.S. corporations and investors, who have profited from their investment in China. If the U.S. retreats, the CCP and the Chinese people will continue to prosper at the expense of the United States.

The coronavirus pandemic has greatly reinforced such a sentiment by showing how vulnerable the U.S. is to an expansive totalitarian power.

But if the U.S. continues to trade with an unchanged China, it is certain to lose. China, Inc. has the advantages of being an absolute state and a huge corporation. When the U.S. government deals with the Chinese government, the latter can act like a corporation that is able to use all the resources in China as its own and order all individuals and firms to help achieve the state’s goals without any internal checks and balances. When a U.S. firm deals with a Chinese firm, the latter is actually a subunit of China, Inc. with access to the capabilities of the state and unlimited resources. This should make the U.S. think seriously about delinking.

The coronavirus pandemic has greatly reinforced such a sentiment by showing how vulnerable the U.S. is to an expansive totalitarian power. The unfair economic exchange with China not only incurs deficits and job losses for the U.S., but more importantly renders our borders ineffective in protecting us from the CCP’s mismanagement of its internal crises and makes our supply chains for vital products hostages of the regime.

If the U.S. and China do delink, what are the possible outcomes? For the U.S., products may become more expensive in the short run. But we have already seen price increases due to the trade war, and the impacts were easily absorbed. On the positive side, manufacturing jobs in the U.S. will increase since more firms will return. The U.S. will reduce its reliance on China for vital supplies and avoid clashing with the CCP on the daily basis. Furthermore, if the U.S. can lead democracies to form a new trade alliance based on the rule of law and reciprocity, the size of this group will be large enough to allow members to enjoy the benefits of globalization such as the realization of  comparative advantage and economies of scale.

For China, the decline in foreign investment and trade will reduce jobs and technology transfer. Given the large size of the Chinese market, however, these can be absorbed in the long run. But closing China is not a viable option for the CCP. Due to the lack of the rule of law, the party officials and their friends need to send part of their (ill-gained) wealth and families abroad for protection.

If the democracies delink from China, the CCP officials will face a dilemma: they love the lawlessness in China so that they can loot; they fear the lawlessness because they can lose favor in a power struggle and lose everything. And if China is closed, the ruling party’s gain is at the absolute loss of the masses. This will exacerbate internal conflicts and may eventually lead to a new revolution.

To keep the country open, the CCP has an option to build an alliance with countries that economically depend upon and politically support China, thus achieving the CCP’s dream of building its world without criticism from the democracies. This group should be also large enough to enjoy the benefits of semi-globalization. Of course, if the Chinese Communist Party continues its current practices, it will eventually push its camp members to delink from China, forcing it back to a closed regime. To avoid this vicious cycle, China needs some fundamental changes.

Most importantly, the two-camp arrangement provides a more level playing field for both to compete. In this sense, both the U.S. and China should take this opportunity to show who can lead its camp to better protect human rights and deliver prosperity. And that’s a competition China may well lose.