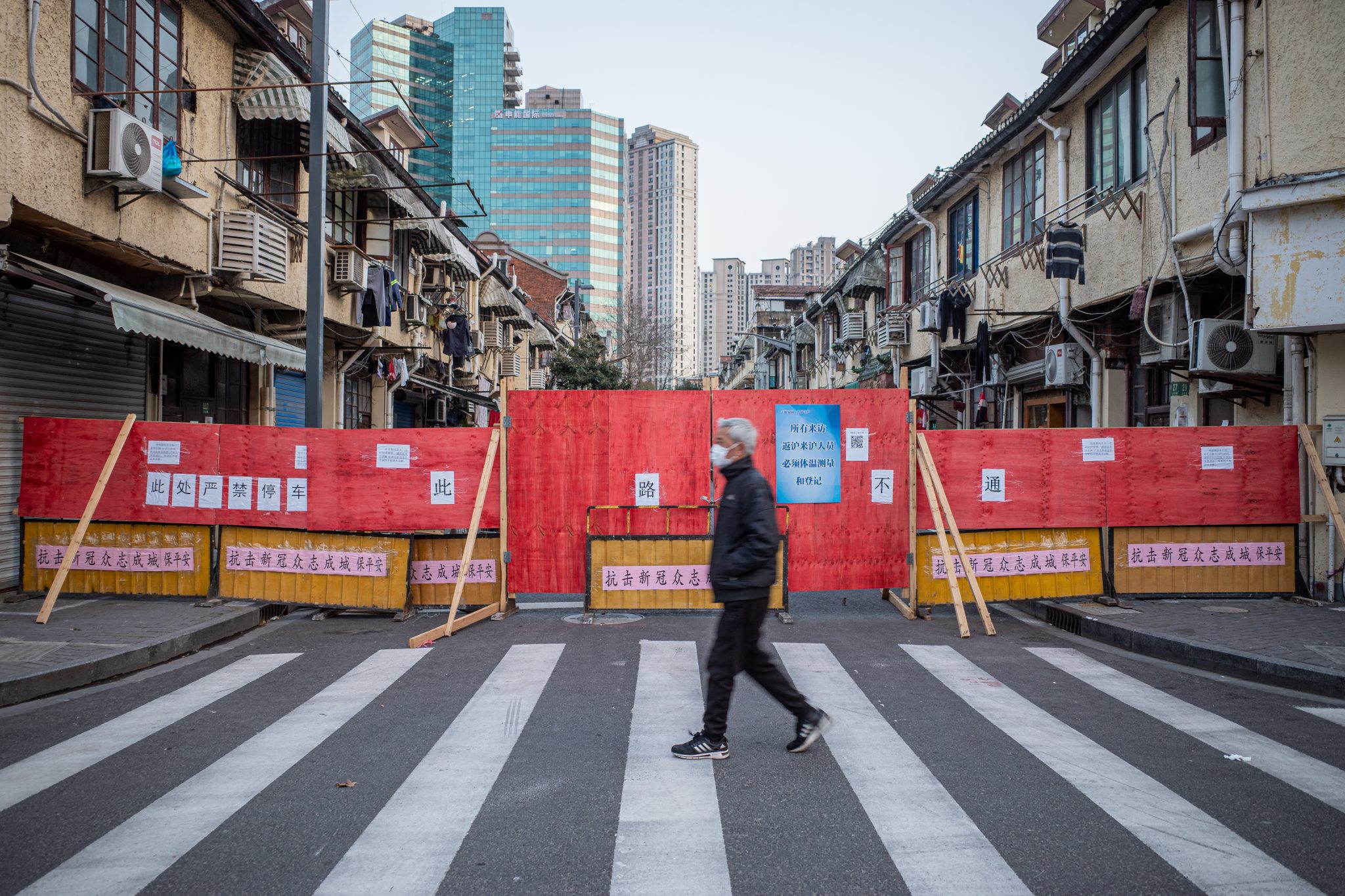 In just over three months, since early December, the world has witnessed the epic spread and destruction of the coronavirus that originated in Wuhan, China. The collapse of health-care systems and the economic consequences that have followed have few modern parallels. We are in a pivotal point of modern human history, and the governance decisions we make today will send ripples throughout our economic, social, and political lives.

When it comes to the tradeoff between security and freedom, many would choose the former, especially in times of fear. The grand bargain of authoritarian regimes relies on this tradeoff: citizens will tolerate lesser freedoms but will receive greater security against external threats, real or imagined. Both the Chinese and the Russians have claimed victories, or relative ones, and both celebrate their responses and outcomes as confirmation of their political superiority. A recent commentary in Bloomberg suggested that the Chinese model of containment is superior to the democratic one. Another article at CNN mused on how Russia, with a population of 146 million, has fewer coronavirus cases than Luxembourg. Yet another CNN article praised the “success of China’s sweeping, top-down efforts to control the virus.” A National Review article concludes that “for the time being, China seems to be ahead in the geopolitical game.”

We are concerned with the false assumption that dictatorships provide a more effective response to crises, such as a novel virus.

China, Russia, and Iran also have started to seed the rumors that it is the Americans (the enemy) who have planted the virus, and a few (presumably out-of-line) Chinese diplomats who used Twitter, a social media platform banned in China, to spread this message globally. To these authoritarians, any reference to a Chinese virus is a form of racism (although the West Nile virus, MERS, and other diseases have been historically and rightly referred to by the country or area of origin). Indeed, the Chinese Communist Party’s confidence appears to be at an all-time high: its relentless self-promotion has gone so far as asking the Wuhan, Hubei people, who suffered the most from the CCP’s coverup, to thank the party for saving them and the city. They published the book The Great State’s Disease War to praise Xi Jinping and the Chinese Communist Party for their heroic victory over the virus. Both Russia’s President Putin and China’s President Xi Jinping have boasted that they have the coronavirus under control and broadcasted numbers that support their claims. The CCP and its internet army has waged a propaganda war to showcase the world the superiority of the party in fighting the virus and its generous help to the world.

We are concerned with the false assumption that dictatorships provide a more effective response to crises, such as a novel virus. Dictatorships offer an inferior response to human safety, an area in which they are supposed to excel in relation to liberal democracies. Their Achilles heel is that nobody believes the data coming out of China or Russia because their data is routinely politicized, manipulated, and controlled. The governance of authoritarian regimes distorts data and puts innocent lives at risk. A bigger danger might be that those outside believe that the approach of authoritarianism is superior and will thus endorse it (as the WHO has done) or, worse, adopt it.

After the 2003 SARS outbreak in China, the CCP spent about $100 million to set up “the largest system in the world” for a “direct-reporting network for infectious diseases and sudden public health events.” The party promised that, using the system, any doctor at the lowest level would be able to directly report signs of the disease outbreak to the central government in real time. If that was true, then the late Dr. Li Wenliang, who was arrested for warning his family and friends about the virus and subsequently died from it, should have been able to use the system to directly alert the central government of the outbreak. Why did it not work that way?

To answer this question, we need to look more closely at how the Chinese Communist Party was founded and how it is run. The CCP is founded on communists’ conviction that they are the only ones who know the destiny of humankind, and they have the mission to lead humankind to reach that destiny — communism. Unlike democracy, in which officials are elected by voters, the legitimacy of communists’ rule comes from the use of violent force and its insistence on its own infallibility, which requires it to censor all criticism and deprives people of their voting power. The central government appoints the heads of provinces, who in turn appoint the heads of cities. In such a system, officials of every level answer only to the officials of upper levels. They all serve the most important goal of the party: keeping it in absolute power. To get promoted, officials must keep their superior happy, only tell the boss good news, and suppress anything, decisively, that may cause instability, such as disease outbreaks. The fact that Dr. Li’s reprimand for “spreading rumors” was broadcast on China Central TV shows that the central government was aware of his warning and ordered to silence him.

Democracies, too, will choose health and well-being over economics, but with less of the political costs and fewer casualties in terms of personal freedom.

Because the CCP censors all and deletes any unflattering information, we do not know the whole truth behind the cover-up. Limited reports show that when some doctors wanted to report the outbreak, their superiors warned them to be “cautious in reporting.” In the CCP’s system, that warning is serious — a subordinate not heeding to a warning from the superior could end up like the late Dr. Li.

In a democracy, locally elected officials are responsible to the people who elected them, or else they lose their jobs. Thus, if there is a new, fast-spreading disease, they must quickly react to protect their constituencies by letting the world know so that their people and region can get help. While democracies are not immune to complacency or incompetence, they do have one feature that authoritarians do not: the voice of the people and accountability to them.

Latest bits of information leaked from China indicate that the CCP’s effort to achieve “zero cases” may not be as successful as previously claimed. One report — which has been repeatedly deleted by the CCP and reposted by others — described a patient being rejected by several hospitals in Wuhan so the CCP could maintain their “zero cases” records due to pressure from the higher-ups for propaganda purposes. Beijing and Shanghai, along with some other regions, bar Wuhan, Hubei people who are officially cleared of the virus because the authorities of other regions know too well that the “zero cases” claim by Wuhan, Hubei is not true.

Bad data from China has put others at risk, as well, as no one actually knows exactly how many were tested, were diagnosed, received treatment, recovered, or died, rendering the best of epidemiological models useless at best and misleading at worst. Russians’ trust in their government is also low, with a history of lies, mismanagement, and cover-ups, including the 1986 Chernobyl nuclear catastrophe, the 1980s HIV/AIDS epidemic, and now the coronavirus. One Russian doctor suggested that when COVID-19 passes the border to Russia, it changes its identity to the common flu, acute respiratory infection, or pneumonia. Yet WHO said Russia is doing a good job, according to CNN. Sure enough, when they cover up information or shut down cities, authoritarians are decisive. Their purpose is to remain in power and protect their absolute rule at any costs. Anyone who dares to challenge can face the wrath of the government and the brainwashed masses it directs.

Democracies, too, will choose health and well-being as most important, but with less of the political costs and fewer casualties in terms of personal freedom. There are no internet police who threaten citizens and their families for posting about their illness and seeking help. Regular police do not forcefully evacuate them from their homes or board them in. The government will not sacrifice the interest of the people to benefit its own propaganda. Most importantly, free media, who are protected by the law, also criticize and put a check on the executive branch, judges, and lawmakers.

Many people in mature democracies listen to authoritarians, whose voices are broadcasted freely in our media, and express envy and preference for their political response. These people are victims of propaganda and misinformed, influential parrots. Before praising authoritarian responses to novel crises, think twice. What would be the cost to society if the surveillance state took over and our freedoms disappeared in the name of “safety”?

Ilan Alon (ilan.alon@uia.no) is a professor at Department of Management, School of Business & Law, University of Agder, Norway.