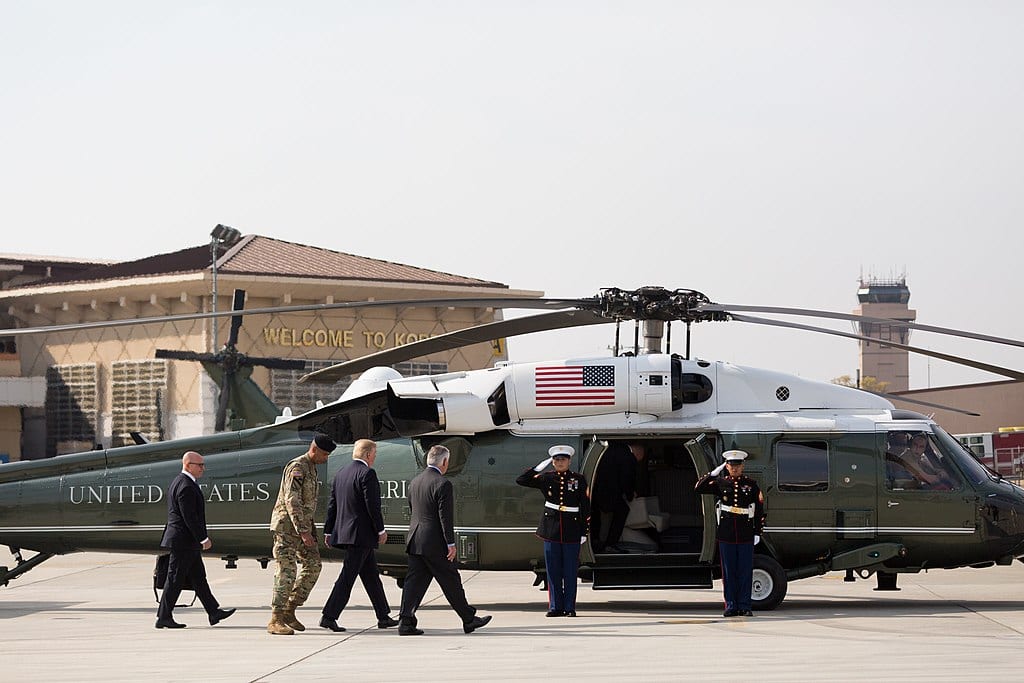 If you hadn’t noticed, the British government of Theresa May is setting records for incompetence. Nigeria put off its presidential election for a week; there probably is cheating afoot.

In Congo government vote counters declared a minor opposition candidate the victor over the well-known, popular dissident; there certainly was cheating afoot. The governments of Macedonia and Greece finally settled a name dispute that has dragged on for a quarter century — both claimed as their own Alexander the Great, who died 2,342 years ago.

And so it goes in international affairs. The world is endlessly interesting. But mostly irrelevant to America.

Moreover, there is no international issue upon which the president, and most everyone else in Washington, do not have an opinion. Should Turkey be in and the United Kingdom out of the European Union? U.S. policymakers know and have publicly shared that knowledge with European officials. Should elections be held by and who should run for office in other nations? Ask American presidents and legislators. How big a budget deficit should other treasuries run? Who should do business with whom, especially countries on Washington’s naughty list? How much should other nations spend on their militaries?

These are all interesting questions. But Americans really don’t have to come up with the answers. There’s no reason to believe that U.S. government officials have the slightest idea. An unintentionally hilarious Secretary of State Madeleine Albright declared: “We stand taller, we see further.” The consequences of two decades of war-making in the Middle East and Central Asia suggest otherwise.

Surveying the world demonstrates how relatively unimportant it is to America’s basic well-being. That is, a global superpower has interests everywhere, but few are important. Most are of minor consequence. Although confrontations, conflicts, and crises abound, they rarely are noticed in the U.S.

Start with Latin America. It is close geographically. But otherwise, so what? With the end of the Cold War it is virtually impossible for any country south of the Rio Grande to have much impact on the U.S. Then a country could link up with the Soviet Union, which might try to create an advanced base. Now, however? Cuba retains a hostile regime, but the latter spends most of its time impoverishing and oppressing its own people.

Venezuela too. The incompetent, bankrupt dictatorship couldn’t conquer a neighboring city or county, let along country. The situation is tragic, but doesn’t much affect America. Although Brazil and Argentina could become significant powers, they seem destined to fall short of their potential for years to come. Only Mexico truly matters. Because of propinquity. It lies on America’s southern border and thus is a source of trade, drugs, crime, immigrants, and instability. No one quite knows what to do about it.

Africa is similar. It isn’t politically correct to say, but the continent isn’t particularly important to the U.S. Africa has significant long-term potential: the population is still growing and long-overdue reforms have sparked a modest democratic and economic renaissance. That is all to the good, but mostly for humanitarian reasons.

In practice, these days Washington mostly cares about Africa because China cares about Africa. The U.S. competed with the Soviet Union for influence in a score of authoritarian kleptocracies there and ended up with little for its efforts. When the U.S.S.R. collapsed, Washington was left with essentially nothing for its efforts. While individual Americans should wander the continent seeking good deals, policymakers should be most interested in the Arab belt to the north. Even there circumstances are generally good for Washington. Morocco and Algeria appear to be reasonably stable; Tunisia remains the one success of the Arab Spring. Libya is a mess, but doesn’t much affect America. Egypt controls the Suez Canal and confronts Israel, but no one there, in authority, anyway, wants conflict. Washington could do a lot less in Africa and it would look pretty much the same.

Europe once was an enemy of America. In the early 1800s the U.S. fought a “quasi-war” against France and real war against the United Kingdom. Then America decided that the continent was vital and prepared to fight to prevent its domination by a hostile power. However, that possibility disappeared at the end of the Cold War. Now Europe should be seen as a home for friendly folks who don’t much matter other than having created a big economy.

For instance, these days the Germans burghers are nice, peace-loving people who don’t want to defend themselves let alone conquer someone else. Their government spends 1.2 percent of GDP on the military, prefers not to send its armed forces to foreign lands, and lectures Washington about withdrawing troops from Syria when Germany don’t have any there. Why would anyone listen to Berlin about anything other than how to make fine autos?

The likelihood of a Russian attack on Europe is infinitesimal since Moscow would lose. Europe has ten times the GDP and three times the population of the Russian Federation. The Europeans could do far more if they are really concerned. “New Europe,” as Donald Rumsfeld inelegantly termed the east, has more reason to worry, but Vladimir Putin has done nothing to suggest he is so reckless as to start a war with a country in NATO. And what would he gain from attacking the Baltics or Poland? He is evil, not stupid.

The Middle East seems to take most of America’s attention. But it also doesn’t matter much. Energy supplies have multiplied; the U.S. alone has become the globe’s most important energy producer. The Gulf kingdoms must sell oil to survive. If the problems with Iran and Venezuela are ever solved, crude oil supplies would jump dramatically.

Israel is an equal issue of concern for many, but it is as secure as any Mideast country could be. With nuclear weapons and the region’s best conventional military, it is well able to defend itself as well as police its neighbors. We are well past the time when someone could claim there was a need for Washington to plunge into the Mideast’s unending insanity on Israel’s behalf.

The only other reason for America to intervene in the region is masochism. Making other people’s wars Washington’s own is the best way to create terrorists; the most effective responses to terrorism are drying up financing, employing special operations forces, and cooperating with local governments, not bombing, invading, and occupying other nations.

Blowing up Libya and Iraq had awful and disastrous consequences, twin gifts that keep on giving. Washington is making lots of new enemies in Yemen as Americans help Saudis slaughter Yemeni civilians who have done nothing against the U.S. Making the Mideast safe for even the best of royalty isn’t a winning cause. Saudi Arabia is a more repressive, destabilizing, and irresponsible power than Iran. Egypt’s Abdel Fattah al-Sisi is a modern pharaoh, more brutal than Hosni Mubarak and busy creating another round of terrorists by torturing detainees in his steadily expanding jails.

Which leaves Asia. The region is important, containing many of the world’s most important economies. But it harbors few security threats against America. North Korea is not one; Pyongyang blusters and threatens only because U.S. troops are on its border, ready to war against it. The tyranny of distance works against any potential aggressor, of which only one seems plausible, the People’s Republic of China. However, Washington has overwhelming power to deter any attack. Indeed, America begins with a huge military lead over the PRC which will be difficult for the latter ever to overcome.

The real issue is not protecting the U.S. but preserving American hegemony along China’s borders. Such influence is convenient but unnatural and difficult to maintain, given how much easier it is for Beijing to deter attack than for Washington to project power. And the PRC is not likely to rest until it gains the ability to protect its own space. Imagine the reaction in Washington if the Chinese navy was patrolling the East Coast and sailing into the Caribbean; the PRC was dictating to the U.S. how to deal with Cuba; and Beijing policymakers were debating the likelihood of war with America.

The U.S. best advances its security by encouraging friendly states to arm themselves and work together. The PRC is surrounded by countries with which it has been at war in the last century: Russia, Japan, Korea, India, and Vietnam. They could and should constrain Beijing. Washington should even consider the value of nuclear-armed allies, most notably Japan, South Korea, and Taiwan, in deterring Chinese aggression. America could play back-up to its friends to respond to an unlikely hegemonic threat.

All of which suggests a smaller international military role for America. The U.S. should remain the world’s most powerful nation, well able to defend itself against all comers. But Washington should abandon social engineering as its chief foreign policy principle. And stop subsidizing prosperous, populous allies.

Americans should travel the world. Marvel at the follies of other peoples. Sympathize with those who suffer under even dumber and less competent politicians than our own. Do what they can to assist others in a world full of need. And enjoy living in the world’s most important country. Even while doing so, however, Americans should focus on their own lives and, yes, put the interests of their nation first.