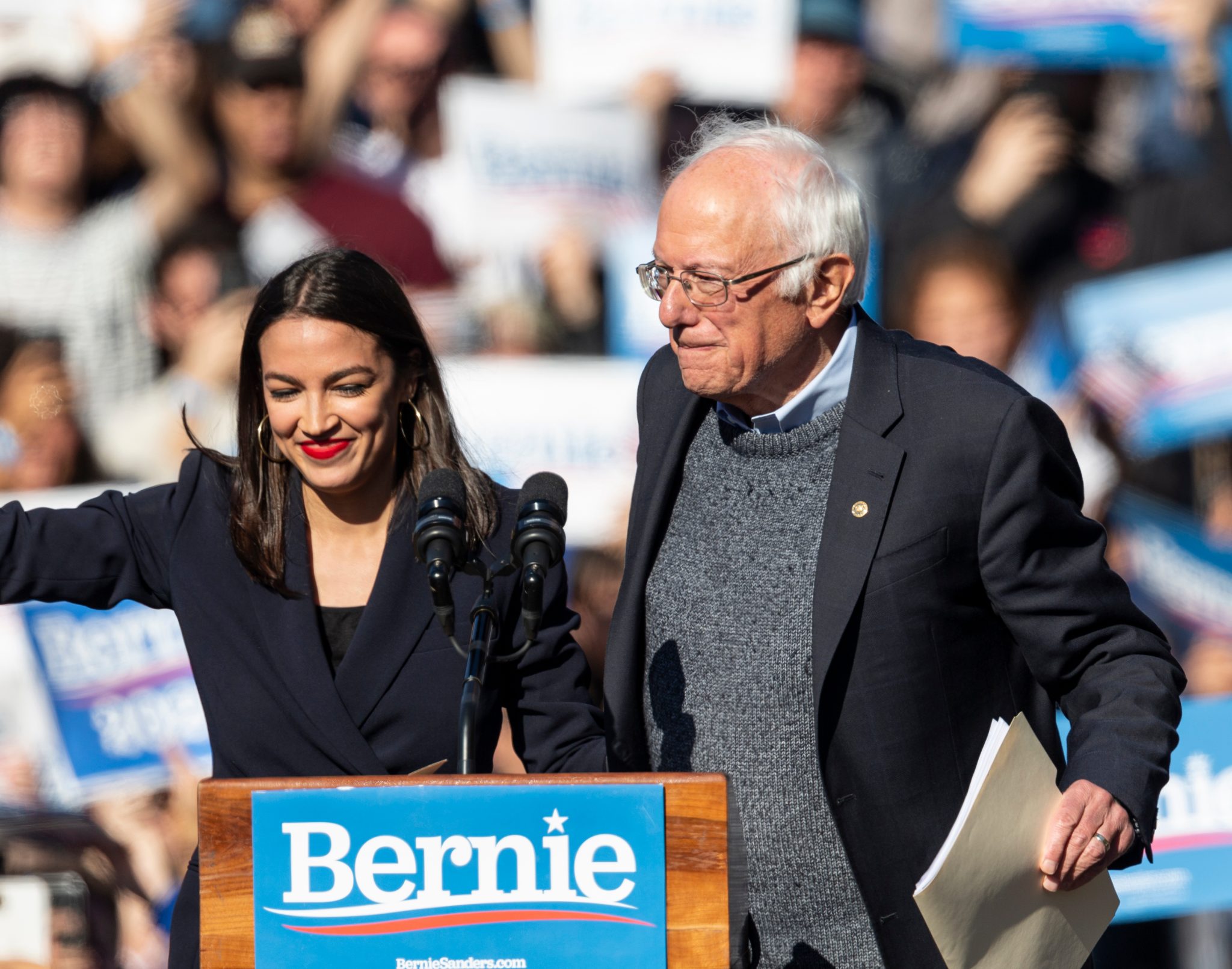 Have you paid attention to Project Veritas’ latest series of exposé videos? If not, you can’t really consider yourself properly informed as to what one of the Democrats’ current frontrunners really represents.

The series consists of a number of examples of high-impact, and potentially high-risk, investigative reports on campaign staffers working for Bernie Sanders, and shockingly, but not surprisingly, they turn out to be violent, radical, Marxist revolutionaries with a great fondness for the use of totalitarian tactics and kinetic politics.

The first of the Bernie Bros Project Veritas made famous was a loathsome individual named Kyle Jurek, who is a field staffer for the Sanders campaign in Iowa. Jurek is caught on video intimating that he and other members of Sanders’ team will burn down Milwaukee, the site of the Democratic National Convention this summer, if Sanders isn’t the Democrats’ nominee. He also takes a page from the Nazi Holocaust deniers’ playbook in asserting that the Soviet gulags weren’t so bad as we’ve been told, and that something like them might be a good thing for America’s future:

“I feel as though there needs to be reeducation for a significant portion of our society,” Jurek says in Part Two. He pointed out that a gulag system for dissidents would be better than “putting them against the wall.” But he wasn’t necessarily against that either.

“If people are going to fight back against the revolution,” they need to be “eliminated,” he said.

Jurek speculated on tape that Sanders was just “masquerading” as a Democrat Socialist and was, in reality, closer to him on the ideological spectrum.

In case anyone thought that Jurek was just some goofy outlier among Sanders’ devotees, Project Veritas CEO James O’Keefe just debuted another video containing a Sanders campaign worker as bad as or worse than Jurek. This one’s name is Martin Weissgerber, and he’s apparently a paid Sanders staffer in South Carolina. Weissgerber’s politics are as kinetic and out-of-the-mainstream as Jurek’s are:

In the video, Mr. Weissgerber described himself as a communist and said that he was in contact with groups that planned to hold mass “yellow-vest” protests like those that have roiled France if Mr. Sanders loses.

“I’m already on Twitter, following numerous groups around the country that are ready to organize yellow-vest protests,” he said over a beer at a restaurant. “I mean, I’m ready. I’m ready to start tearing bricks up and start fighting. I’m no cap, bro. I’ll straight up get armed, I want to learn how to shoot and go train. I’m ready for the f***ing revolution, bro.”

The Sanders campaign has been exceptionally quiet regarding the videos released thus far. O’Keefe, speaking on the Weissgerber video, has his finger on the reason why.

Let’s remember that more has already come. Because before there was Kyle Jurek or Martin Weissgerber, there was James Hodgkinson.

You remember Hodgkinson, right? He was the Bernie Bro union-goon lunatic who staked out the Republican congressional baseball team’s practice in northern Virginia one morning three years ago and opened up with a high-powered rifle, shooting three people and nearly killing Rep. Steve Scalise, the House Republican Whip, with a bullet that shattered his pelvis. It took three years of intensive rehabilitation and excruciating hard work for Scalise to walk normally again following that assassination attempt, and if it weren’t for the fact that as the whip Scalise had a couple of outstanding Capitol Police officers assigned to him as a security detail, something the rest of the GOP’s congressional baseball team didn’t rate, Hodgkinson would very likely have accomplished a mass slaughter of Republican politicians.

Sanders took to the floor of the Senate after Hodgkinson’s failed rampage broke, and he gave a somewhat eloquent assertion that he abhorred violence as a means of politics.

But O’Keefe’s videos make fairly clear that was a lie. Bernie Sanders might not be calling for blood in the streets, but he certainly seems to attract a lot of people to his campaign who call for exactly that to practically all who will listen.

If you’ve engaged with these people in the usual online political debates, they’re not hard to find. They’re less threatening than they otherwise might be based on the fact that few of them look physically capable of doing much damage, but that far undersells the problem.

Why do you think there are so many violent radical revolutionaries buzzing around the Sanders campaign? One wonders.

An answer might be that Bernie Sanders is the politician traipsing across the country calling for a “political revolution,” and has been doing so since 2015, if not before.

Sanders says he wants a revolution, and he sucks in disaffected losers so full of the proverbial p&v that they brag to strangers about guillotining the rich and dumping Trump voters into concentration camps to be “reeducated,” but then he says he abhors violence. This from an unreconstructed (despite whatever denials he might offer) communist who honeymooned in Russia as the Berlin Wall fell and can’t stop shilling for failed authoritarian Marxist regimes in places like Nicaragua, Cuba, Venezuela, and Bolivia.

It’s not politically correct to say, given that Sanders is — ethnically if not in practice — Jewish (noted Jew-hater Linda Sarsour being one of his prominent surrogates would seem puzzling, no?), but he’s the closest thing to a Hitler we have in American politics. You’re supposed to give that appellation to Donald Trump or George W. Bush according to our betters in the legacy media, though both men are as far from Hitler in their backgrounds and politics as it’s imaginable to be. In reality, though, if you’re looking for a Hitler wannabe, Sanders is your huckleberry. He never fought for his country as Hitler did, but in every other respect his similarities to the blood-soaked, insane 20th-century German tyrant are quite striking and unnerving. Both men abjectly failed to hold down a job before inserting themselves into politics, both were highly unsuccessful in artistic endeavors, and both came to power on an expressly leftist political platform. If you believe the idea that Hitler’s Nazis were somehow far-right, you’ll have to explain why Hitler called himself a man of the left and why a “far-right” political organization would style itself the National Socialist German Workers’ Party.

Hitler filled up his political organization with radical thugs thirsty for the blood of their political rivals. Thugs whose names sounded a bit like Jurek and Weissgerber, as it happens.

In 2016, the Democrats rigged their primaries to ensure that Sanders, who, despite his noxious Marxist stump rants and laughably impractical policy programs, actually ran a superior campaign, was not their nominee and Hillary Clinton was. They’ve taken a great deal of heat for doing so, and it certainly wasn’t done for the right reasons, but screwing Sanders might have been the one morally and intellectually correct thing that party has done this century.

Certainly as poorly as Clinton did against Trump, Sanders would have done worse. You say the Access Hollywood tape was rough on Trump? How about three months of TV ads quoting Bernie Sanders’ writings asserting that women have secret fantasies about being raped? Think that’d play in Peoria? Running an unrepentant communist with no discernible executive experience against Donald Trump would have gone poorly, and everyone in that party knew it, despite whatever fantasy polls might have been published to the contrary.

But more than that, Bernie Sanders was not a member of their party. Bernie Sanders was a socialist, and he only ran as a Democrat in an attempt to co-opt that party for his own purposes. That’s something Trump was accused of doing within the GOP, but the only thing that isn’t conventional about how Trump has governed as a Republican president is that he’s actually done the things his party’s politicians had promised for years to do only to renege on those pledges. Sanders, on the other hand, has been talking about a revolution — and was doing so during the 2016 presidential campaign while a Democrat was in the White House.

Of course they screwed him over. They were right to.

And they’d be right to do it again. Sanders is a train wreck for their party, not just because he’ll get clobbered by Trump in November; the American people aren’t going to embrace dumpster-diving Venezuelan economics amid a U.S. economy moving the needle through every socioeconomic subset. It’s more than that. If the Democrats allowed Sanders’ people to become their people, what it will mean is every state party organization will then contain Jureks, Weissgerbers, and Hodgkinsons in droves. That’s what happens when a candidate becomes a nominee. And it isn’t easy to root those people out once they’re in, which means they’re not just losing to Trump, they’re losing races all the way down to elections for Congress and even state legislatures for years to come.

Or worse, they actually win in November, and Sanders gets his revolution. That’s a contingency fraught with large-scale repercussions, because the productive classes in this country will not stand for the kind of muscular Marxism Sanders advocates, and they especially won’t be fond of Jureks and Weissgerbers (not to mention Ocasio-Cortezes and Sarsours) moving into federal government jobs — which they will, as political spoils are very much alive in America. It is a very dicey thing to put people in federal jobs who openly promote the gulag as a curative political practice.

America can’t withstand a Bernie Sanders presidency. If there is any hope to redeem the debauched and contaminated Democratic Party, that must start with a rejection, by whatever means necessary, of Sanders, his noxious, failed ideology, and his filthy goon staffers before they’re presented to the public as the standard-bearers of the oldest political party in the world.

Screw Bernie. Again. Our future depends on it.