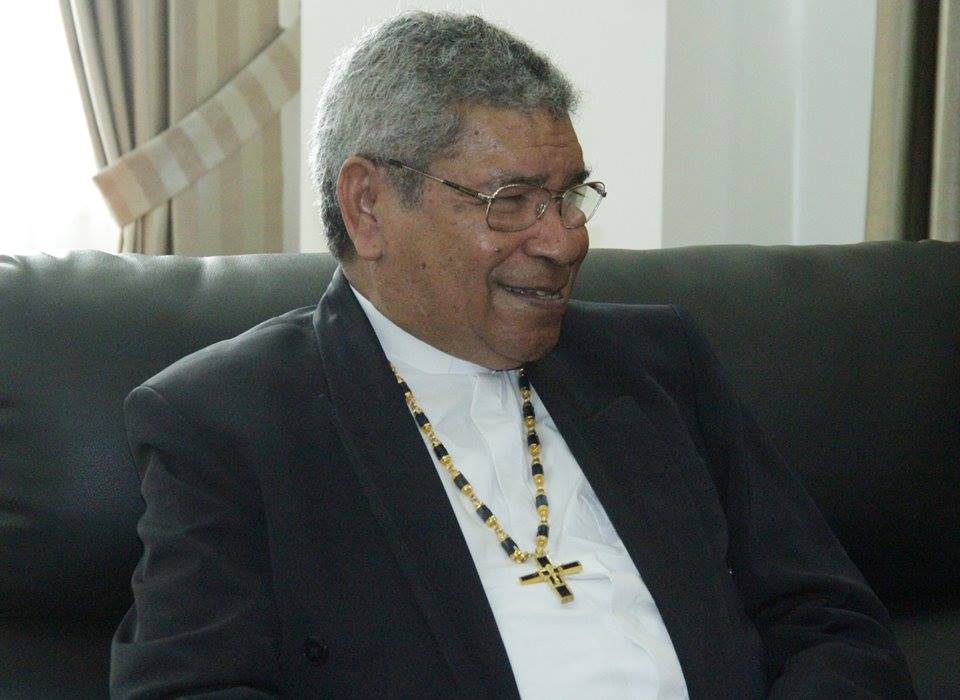 As usual, Catholics have now learned about the predatory behavior of a prominent bishop not from Church officials but from the media. A Dutch magazine recently revealed that Bishop Carlos Belo of East Timor, who won the Nobel Peace Prize in 1996, is a serial rapist of teenage boys. The crimes go back decades and explain his mysterious resignation in 2002 well before he reached retirement age. But has he been defrocked since then? Of course not. For all of its PR-driven talk of “zero tolerance,” the Vatican is loath to laicize abusive bishops. The Belo case looks like a replay of the Theodore McCarrick scandal, whom the Vatican only reluctantly removed from the clerical state after his crimes came to light and caused a firestorm in the press.

The hierarchy’s response to abuse has been more corporate than Catholic.

Like McCarrick before his defrocking, Belo has been subject to “restrictions,” but evidently remains a retired bishop with many, if not all, of the privileges of one. The Vatican, according to Reuters, has confirmed that it “secretly disciplined East Timor bishop and Nobel Peace Prize winner Carlos Ximenes Belo two years ago, responding to allegations that he sexually abused boys in East Timor decades before.” (READ MORE from George Neumayr: The Church Can’t Get Past McCarrick)

This Vatican’s admission was forced by a report in De Groene Amsterdammer, a Dutch magazine that “quoted two men, identified with pseudonyms, as saying Belo raped them when they were 14 and 15 and then later gave them money,” reported Reuters. “The publication quoted both men as saying that they believed that Belo had sexually abused other boys in East Timor. Some of the alleged abuse took place in the bishop’s residence in capital Dili.”

Belo won the Nobel Prize for Peace in 1996 for his defense of East Timor’s people against Indonesian domination. Does this fame explain why the Vatican has quietly “disciplined” him but not expelled him from the ranks of the hierarchy? If so, that is the same stance it took toward McCarrick, whose cachet as a friend to presidents and the like tempered the Vatican’s treatment of him. It quietly endorsed very feeble restrictions on McCarrick even as he gloried in his status as a cardinal emeritus of Washington, D.C.

The message from the Vatican in recent years has been: Don’t worry, Catholics, we won’t tolerate any more abusers in the priesthood. But how can that possibly be true if someone like Belo, whose raping of teenagers has been known to Church officials for decades, remains a priest and emeritus bishop? Perhaps now that the media spotlight has fallen on him, the Vatican will finally expedite his defrocking. But who knows, maybe that won’t even happen. Without sustained legal and media exposure in matters like this one, Vatican officials drag their feet.

Even at this late date, even after decades of horrendous damage to children due to episcopal negligence, Church officials are still playing coy about these creeps.

The hierarchy’s response to abuse has been more corporate than Catholic. True, the bishops toss abusive priests out quickly these days, but not so much out of moral and spiritual duty as out of a fear of legal liability and bad press. These bishops are, of course, much tougher on priests than each other. Many American bishops and Vatican officials knew of McCarrick’s reputation but never called for his defrocking until the bad publicity about his predations became overwhelming.

Belo belongs to the Salesian order, which is a grim irony given that its charism is to educate and protect children. After he retired as bishop, according to Associated Press, he continued to interact with them: “The Holy See has not responded to questions about when church officials first suspected possible misconduct by Belo, why he was allowed to retire two decades early in 2002 and why he was then sent to Mozambique to work as a missionary priest with children.”

Today, he lives in Portugal in the company of his fellow Salesians. The Portuguese province of Salesians has issued a quizzical statement about him, saying that it has extended “hospitality” to him at the request of his superiors, a request “accepted by us quite naturally as he was a person known and esteemed by all.” Esteemed by all? Apparently, winning a Nobel Prize covers a multitude of sins and crimes. How pathetic. Even at this late date, even after decades of horrendous damage to children due to episcopal negligence, Church officials are still playing coy about these creeps.

The Belo case is a reminder that the pre-McCarrick Church is still in operation, perhaps a little more coldly circumspect but still willing to protect pederast bishops until the media finds out about them. Belo is hardly the only case. We can expect many more exposures of reprobate retired bishops to come. Church officials scoff at claims of an ecclesiastical mafia that protects homosexual pederasts, but it obviously exists and has run interference for the McCarricks and Belos for decades. These demoralizing scandals will continue until the Vatican takes basic orthodoxy and discipline seriously again.