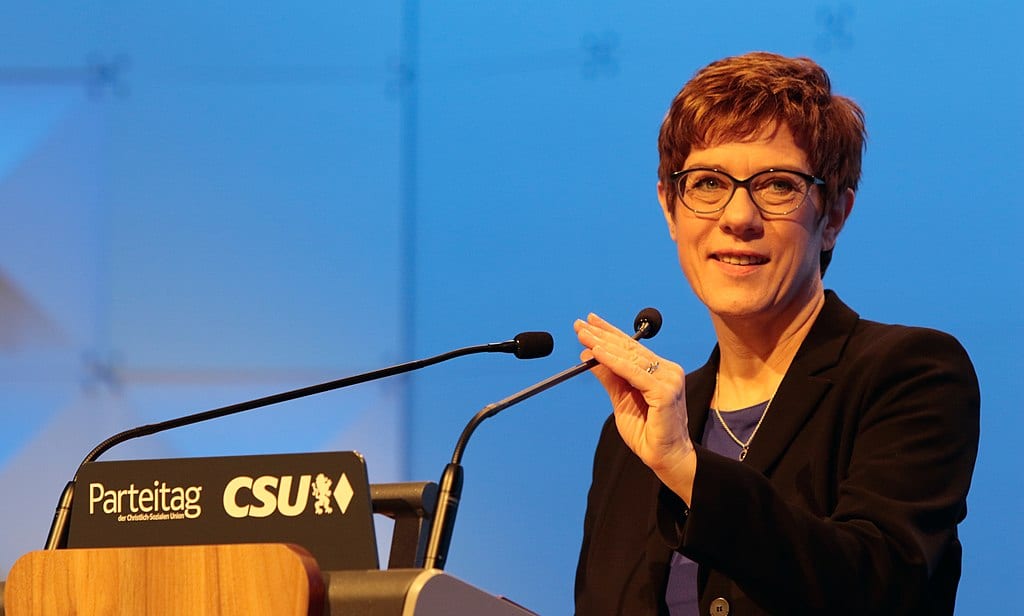 Former secretary of state Henry Kissinger famously asked, “Who do I call if I want to call Europe?” Since the fall of Napoleon Bonaparte, that question has been unanswerable because Europe never spoke with one voice. For the last dozen years, of the many calls that have to be made the first call was always to German Chancellor Angela Merkel.

Standing astride the most powerful economy in Europe, Merkel spoke for both Germany and the EU. Even though EU policy is supposed to be agreed unanimously by its members, Merkel had little opposition within the EU Council. Her dominance over the EU was not because she was elected empress, but rather by the fact of Germany’s economic strength, which gave her a disproportionate influence over the EU’s policies, especially those economic decisions necessitated by the bailouts of Greece and Italy.

Since 2015 Merkel has been an empress in decline. Her political power eroded quickly because of her invitation that year to refugees to invade her country and, in effect, the whole EU. Merkel began retiring from politics last year by enabling a younger ally, Annegret Kramp-Karrenbauer, to succeed her as leader of the Christian Democratic Union (CDU). Merkel has said that she won’t run for chancellor again in 2021.

That leaves a vacuum at top of European power. Now, both French President Emmanuel Macron and Kramp-Karrenbauer are vying for Merkel’s place.

Kramp-Karrenbauer’s agenda is, in several important respects, the opposite of Macron’s.

In November, Macron played a Gaullist card. He said that the EU needs its own armed forces to defend its interests against Russia, China, and the United States.

Macron is an EU statist. As his article made clear, he believes that nationalism in European nations has to be an EU nationalism not directed toward individual nations. He wrote that Europe has never been more necessary and more threatened, the threat being Brexit and other forces that divide the EU’s twenty-eight members. Macron wrote, “What country can act on its own in the face of aggressive strategies by the major powers? Who can claim to be sovereign, on their own, in the face of the digital giants?”

Macron asks how can the “crises of financial capitalism” that beset the EU be solved without the euro currency?

Kramp-Karrenbauer disagrees. Echoing the stances that Merkel took before, Kramp-Karrenbauer wrote, “European centralism, European statism, communitising debt and European-ising social security and the minimum wage would be the wrong way,” she wrote, emphasizing the need for “subsidiarity and individual responsibility.” “We have to do Europe right,” she wrote. “Our industry, technology and innovations need strategic strength, our European citizens need a feeling of security and we need common capabilities in foreign and defense policy that allow us to enforce our interests.”

Macron wants to continue the EU’s march toward a federalized socialist mega-state. Kramp-Karrenbauer wants European unity, but not at Germany’s expense.

Macron wants to rethink the Schengen Agreement, which enables free passage and immigration among the 26 nations that signed it. On the Schengen border Macron wants stringent border controls and a common asylum policy. That means nations such as Hungary and Poland, which don’t want to accept more Middle Eastern refugees, would be excluded from the Schengen area.

Kramp-Karrenbauer would also have greater border security in the EU, but wouldn’t penalize Poland and Hungary for their refusal to admit refugees. She has said that refugees are a particular problem because some forms of Islam are “incompatible with our ideas of an open society.”

Macron wants to penalize or ban entirely companies that “…compromise our strategic interests and fundamental values such as environmental standards, data protection and fair payment of taxes; and the adoption of European preference in strategic industries and our public procurement, as our American and Chinese competitors do.” Like Elizabeth Warren, he apparently wants to break up or penalize severely U.S. tech giants such as Google and Facebook.

Like Macron, Kramp-Karrenbauer wants EU-wide security agreements that would include a European security council of which the UK would be a member even after Brexit. She even wants a common EU aircraft carrier. (I’ve observed the highly-choreographed hurricane of men and machinery that function together on the USS Truman. The EU carrier would attempt to sail, presumably under rotating command of EU members’ naval officers, with a unionized crew of Germans, Irishmen, Frenchmen, Greeks, Italians, Spaniards and others. What could possibly go wrong?)

She also wants the EU to have a permanent seat on the UN Security Council, which presumably would have a veto like the U.S., France, Britain, China, and Russia have. Macron would disagree because that would dilute France’s veto power.

Macron’s and Kramp-Karrenbauer’s visions for the future of the EU won’t be achieved by either of them, at least soon. The EU’s problems are huge and neither of the would-be leaders is in a position to push the members to unity on any important issue. Don’t forget: the EU makes decisions unanimously or not at all.

The EU’s economy peaked two years ago. It’s now suffering from the Chinese economy’s severe downturn. (China’s gross domestic product is in a three-decade slump, but it’s still growing faster than ours.)

China imported almost €200 billion in 2017 and won’t come close to that figure this year. The European Central Bank has initiated another stimulus program, enabling cheap credit to EU banks to avert what is likely to become a recession later this year.

Italy is readying an agreement with China to join China’s “Belt and Road Initiative,” by which China attempts to build a network of railroads, shipping routes and — most importantly — take control of many nations’ economies and infrastructures. It’s a key part of China’s “debt trap” diplomacy in which China snares nations into its orbit by, for example, making loans that the nation can’t repay. Cash-poor Italy, if it joins the Belt and Road Initiative, will easily fall prey to China. If it does, other EU members will likely follow when the Chinese economy revives itself.

And then there’s Brexit. UK Prime Minister Theresa May has made a dangerous mess out of the Brexit concept and may maneuver the UK into a delay of its exit from the EU now scheduled to happen on March 29, only eighteen days away. The EU is comprehensively consumed by how and when — and possibly if — Brexit actually happens.

Neither Macron nor Kramp-Karrenbauer will deviate from the EU’s positions supporting Iran on the Obama nuclear weapons deal, which President Trump wisely exited last year. Neither will — despite Macron’s call for increased European defense spending — raise their nation’s defense spending to a responsible level.

Macron gets points for style and position. Kramp-Karrenbauer gets points for her relatively more conservative economic approach, but can’t adequately compete for EU leadership until she is elected chancellor in 2021, which is a near-certainty.

So we’re back to Kissinger’s question. Who does an American president or secretary of state call when they want to talk to Europe? For the foreseeable future, they’ll have to call Vladimir Putin.