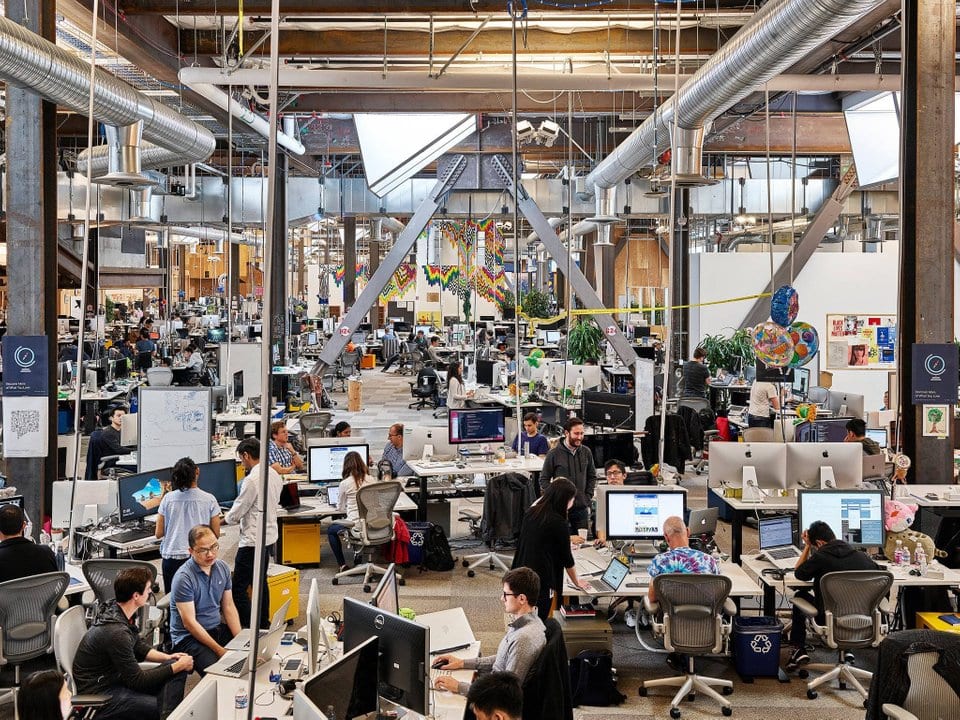 Creepy people at massive corporations imagine themselves as the policemen of public content, except they would never use such as gendered term as policemen to describe themselves.

A former Facebook worker revealed evidence to Project Veritas that the online platform secretly uses a “deboost” function to suppress conservative speech on the social media platform. “The ‘deboost’ tag appears after the word ‘Sigma,’ which Project Veritas has learned is an artificial intelligence system used to block potential suicide and self-harm posts,” the exposé explains.

Does this mean Facebook analysts rationalize the suppression of conservative speech on the grounds that it induces self-harm? The corporate behemoth refuses to say. Facebook responded to the Project Veritas revelations by noting that it had fired the whistleblower, as though this discredits her instead of credits her story of a company fixated on controlling information.

Murphy wrote this week, “The social media behemoth has been suspending accounts, not because users break Twitter rules, but because they break rank. Despite repeated claims that the platform exists as a space for free speech, and the company’s professed public commitment to refrain from banning users for ideological reasons, Twitter is now doing just that.”

Murphy, it’s worth noting, generally supports liberal causes and identifies as a feminist. She objects to suspending scientific truths to placate transgender activists, which put her in Twitter’s doghouse.

“Does Fedex have the right to open packages and refuse delivery if they determine that a book inside is homophobic or Islamophobic just because they are not the post office?” asks John Zmirak, senior editor at the Stream and author of The Politically Incorrect Guide to Immigration. “Does your cell phone company have the right to disconnect calls that it finds to be politically or religiously obnoxious?”

Zmirak notes that social media giants depict themselves as neutral platforms to avoid libel suits. But at the same time, they act as publishers in editing content.

“Currently, Twitter, Facebook, and Instagram pretend that they are not publishers to avoid lawsuits involving libel law,” Zmirak tells The American Spectator. “But they are acting like editors of magazines. If they are editing content based on it not being illegal but it being objectionable to them, they should lose their exemption. They have to pick, either they are neutral platforms or they are publishers.”

Given that a massive amount of people receive information from social media, the censorship presents a handicap to conservatives in the marketplace of ideas. One obvious solution would involve a billionaire introducing an alternative to Twitter or Facebook the way that Rupert Murdoch started Fox News Channel as an alternative to CBSNBCABCCNNMSNBC. Zmirak notes that compelling social media to behave as other media responsible for what they publish unless they agree to act strictly neutral in not editing anything for political content seems another possible solution.

A third solution involves antitrust violations. In the 1940s, the government forced NBC to break off its Blue Network, which became ABC. One of the many issues motivating the move involved the Blue Network’s policy of not selling airtime for “controversial” subject matter, a word many regarded as code for political advocacy to which the network objected.

The breakup of MaBell, for holding a monopoly over telephone communications, seems another precedent. While nobody accused MaBell of disconnecting calls based on the content of conversations, its stranglehold over one form of communications struck the government as monopolistic. Facebook owns Instagram, and its long-ago competitor MySpace no longer cracks the top thousand sites in the U.S. in terms of traffic. Leaving aside its questionable role as arbiter of what can and cannot be said, Facebook enjoys a monopoly not unlike MaBell. This, independent of its behavior as censor, could justify antitrust action.

A fourth, less popular option (my own) requires those objecting to the Orwellian thought control to refrain from tweeting, making any Facebook friends, or oversharing through Instagram. Increasingly, this strikes as impractical, particularly for one in media, as forgoing a telephone did a half century ago.

A few communications companies in the San Francisco Bay Area seek to at once attract users from across the world and impose the narrow mores of their place on as diverse a body as humanity. The goals appear in conflict. The world is not San Francisco — at least not yet.