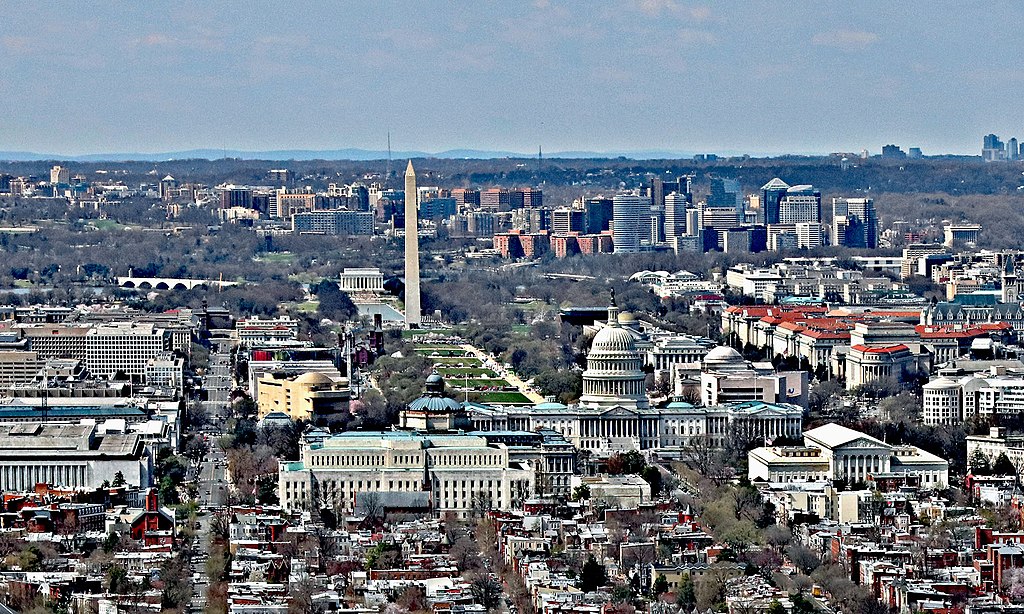 We hear the lament from the Left continually, even more so as election season dawns, and endlessly as election day approaches: “If you vote for the Republican, it will mark the end of democracy.”

But who is the real threat to democracy? Consider three examples: the Courts, the Legislature, and Elections.

1. The Courts: When a political party aims to destroy an independent judiciary, that is a threat to democracy. Through all the years of the radical-left Warren Court, Republican conservatives griped but lived with it. Here was a left-wing Supreme Court out of touch with an America that repeatedly was voting Republican for President. From 1968-2008, Americans selected Republicans in seven out of ten presidential elections, giving Republicans the White House for 28 out of forty years. And when they felt compelled by Watergate to vote out the GOP, they opted for a Democrat from the Deep South, who emphasized he is an evangelical Christian who taught Bible at Sunday School. The other Democrat they elected was a governor of another Southern state, Arkansas. Americans were in a conservative mindset through those four decades; yet, the Court lopsided leftward amid repeatedly foolish Republican SCOTUS selections of liberals like Harry Blackmun and David Souter juxtaposed with more carefully selected Democrat picks that aimed deliberately for liberals. Compounding the catastrophe, conservative White Christians in the Deep South irrationally kept electing Democrat Senators non-stop for over a century, assuring Democrat presidents’ liberal nominations would pass while Republican conservative nominations would be stymied. Thus, abortion was only one of many issues where the Supreme Court went so far as to fabricate law out of thin air, ignoring stare decisis precedent and even basic codified law, to advance the personal liberal-“progressive” agendas of the left-wing justices.

And yet Republican conservatives lived with it. They did not rebel. They did not overturn. They accepted the situation begrudgingly.

Then — finally — when a more conservative Court emerged under President Trump, Democrats responded not merely with gloom and despondence but with the most anti-democratic of proposals conceivable, essentially saying: “Let’s stack the court. Let’s add as many additional justices of our mindset as it takes to assure we ride roughshod over the law. If the conservatives now have a 6-3 or 5-4 majority, let’s be safe and add six more justices like Sonia Sotomayor and Ketanji Brown Jackson to guarantee that our views become enshrined in law, no matter what the Constitution and law actually demand. Let’s not put our radical ideas to a vote by the American people because they will reject us, but instead let’s just ensconce our agents of ‘progressive’ change onto the Court to do our bidding, to force our views down everyone else’s throats.”

Who is the real threat to democracy?

2. The Legislature: Free elections in an honest democracy result in the election of representatives who reflect majority sentiment in a voting district or ward or parish or state. Often, because politicians deceive shamelessly and voters are not uniformly wise or informed — i.e., are idiots — the elected representatives actually stand for and work for the diametric opposite of what they swear to the voters. So a Maggie Hassan in New Hampshire or a Mark Kelly in Arizona votes a crazy-left agenda for five years and ten months, backing the Biden Administration on closing down American energy, chaotically opening the southern border without any semblance of control, supporting the most radical “progressive” changes in elementary school education aimed at brainwashing impressionable children into believing they may not be the gender they are, and beating down on law enforcement. And then, as elections approach, for a month or two the Hassans and Kellys become moderate, even conservative, aiming to fool the electorate to give them six more years to do the opposite of what they do those two phony months. Similarly, consider Fetterman: for years he could not be more clear that he opposes and wants to shut down all hydrofracturing (“fracking”), a remarkable new source of American energy that employs thousands in Pennsylvania alone. Then elections come, and he brazenly denies on a prominent stage that he ever opposed fracking. Pure lies. Still, like it or not, that is democracy, even as Democrats managed to con White Christian conservatives in Georgia, Mississippi, Alabama, Louisiana, and other right-wing Deep South conservative states to elect and re-elect them repeatedly for a century of Democrat party Dixie-based monopoly, giving the Lyndon Johnsons and Bill Clintons the Senate majorities they needed to wreak havoc while leaving the Richard Nixons, Gerald Fords, Ronald Reagans, and both George Bushes with terrible obstacles to achieve their programs. But, again, that is democracy, and Republicans accepted it.

Accordingly, for decades the Democrat liberals comfortably held Senate and House majorities. Even popular Republican presidents like Ronald Reagan had to navigate through Democrat Houses and Senates. Then — finally — Republicans turned the tide, most notably with the “Contract With America” revolution of 1994. Ever since, the legislatures have been more balanced. Indeed, since January 2021, the Senate has been split 50-50, with the Democrats benefiting from the rule that the Vice President gets to cast the tie-breaking vote. But that is not good enough for the Democrats. So they openly agitated to add two more pseudo-states to our flag — Puerto Rico and Washington, D.C. — in order to get themselves four extra U.S. Senators and tip the scales. In other words, to abandon the agreed-upon rules of democracy to tilt the odds.

Who is the real threat to democracy?

3. Elections: It used to be — and still is in most of the free world — that elections take place on election day, not a month before. But the Democrats changed the rules while Republicans typically slept. Thus, half the mail-in ballots in the current Oz-Fetterman Pennsylvania Senate race were cast before Fetterman’s disastrous debate performance. It is outrageous that votes are cast days and weeks before election day, before debates, before much of the informative campaign advertising. It never was that way, and it never should have changed. Parties raise funds for campaigning and advertising, and they aim for the undecided voters as elections draw near. But when voting starts weeks before “election day,” the campaigning becomes distorted. People already have voted.

In addition, “vote harvesting” sees people go to the homes of voters who do not vote, stand over these Uninformed and Unaware as the harvesters guide and direct them through the ballot, and then gather their ballots and deposit them in drop boxes. This is evil. Voting by mail should be allowed only for those who are diplomats posted overseas, soldiers stationed away from home, and truly ill people who are confined to home or hospital and can prove their medical situation. Everyone else should be required to vote in person and to provide voter identification, just as they must present identification when cashing a check.

Instead, the Left cheats. Their Facebook and pre-Musk Twitter social media, which have become increasingly important campaigning platforms, are unilaterally censored and distorted. The New York Post’s breakthrough investigations of Hunter Biden’s laptop were summarily blacked out, preventing voters from learning about Biden Family corruption that extends to the top. At debates, their moderators interfere, disrupt, and superimpose their own biased judgments during the debate. Candy Crowley did it to Mitt Romney; Chris Wallace did it to Donald Trump. And beyond that, they even canceled one of three scheduled debates.

Under rules agreed upon two centuries ago, in a compromise between large states and small states that made a United States possible, the presidential results ultimately are decided by electoral votes cast by an electoral college. Everyone accepted the rules. As a result, presidential campaigns strategize where to campaign hardest and to direct maximal resources. Democrats loved the electoral college because they were dominating all the largest states like California, New York, and Illinois, while holding a “blue wall” throughout the Rust Belt Midwest. And then Trump carried much of that Midwest, beat Hillary — and Democrats suddenly started demanding an end to the electoral college. They never even considered that, if there were no electoral college, then Republicans simply would have allocated campaign funds differently, seeking more popular votes from states they tended to ignore like those large blue states.

It is the Left’s formula everywhere from France to Italy, from Israel to America: depict every serious, reasonable conservative candidate as a neo-fascist, if not a neo-Nazi, and a “threat to democracy.” All the while, manipulate the courts to override the freely expressed will of the people, change the election rules to elect more candidates on the Left, and even change the rules for voting.

So who is the real threat to democracy?