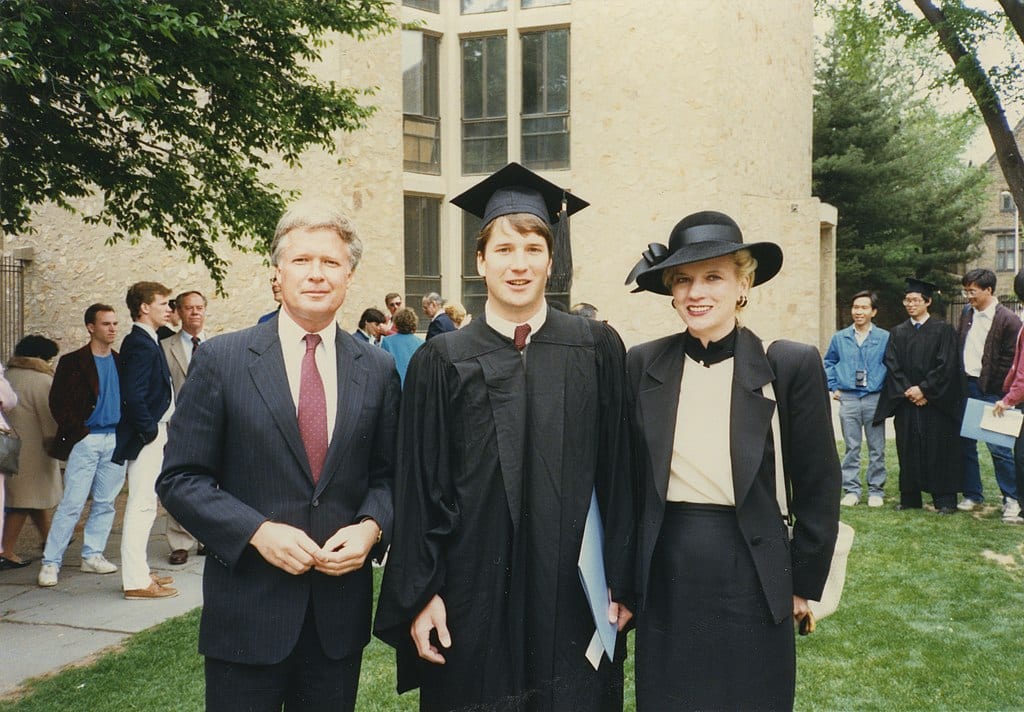 If you have read enough pro-Kavanaugh articles, give this one a pass. You are not going to like it. Yet if you have not heard enough, you will probably like this one. I have nothing but congratulatory things to say about Brett Kavanaugh. As with Clarence Thomas, he is a fighter. He is a gifted defender of the truth. And he is worthy of serving on the highest court in the land. I would trust my case with him and I would trust yours too whether you are with him now or against him. He believes in the rule of law.

He and Justice Thomas and Judge Robert Bork, for that matter, have suffered an appalling onslaught from the so-called liberals. One has to wonder why? And why — certainly in the case of Kavanaugh and Thomas — did the complaints against them — actually the hysteria against them — come down to sex? Why are the Democrats obsessed by sex? Their complaints are not true, of course, but why are they made?

My guess is that they have been made because on the Democrats’ side of the aisle they are saturated in licentiousness, and pretty raw licentiousness at that. Think of Teddy Kennedy. Every reporter in Washington and most politicians knew of Kennedy’s wanton ways. Think of Bill Clinton. Every reporter in Washington, every politician, in fact, everyone with a brain living in the great Republic knows that ever since The American Spectator’s revelations of the early 1990s Bill has a sex problem. Even Hillary claimed he was haunted by sex from an early age. That is probably one of the few plausible things she has ever said about Bill.

When you come from a party whose male politicians are as obsessed with sex as the Democrats are it is pretty easy to generalize that sexual rapacity is typical of the male of the species both Democratic and Republican. Yet, of course, Clarence Thomas and Brett Kavanaugh say the charges brought against them were not true. Despite the raucous blare that the media set up on the Democrats’ behalf both men have made their case, and soon both men will be sitting on the court. Bravo!

In Kavanaugh’s case he sat before a panel of weak Republicans and ignorant but malevolent Democrats and in excruciating detail demonstrated how the charges arrayed against him had no merit, none! If he were in a court of law defending against such flimsy charges, he would have gone free weeks ago and with his good name still in tact. Now his name is besmirched and will be besmirched by partisans for years to come.

Think about it. If a woman were to charge Judge Kavanaugh with sexual misconduct in a court of law he would be freed and quickly. Yet, he was charged by her during his hearing for a Supreme Court appointment — rather than during a criminal trial — and her testimony, though devoid of facts, cost him his good name. Moreover, by the way, the alleged incident took place over three decades ago. I celebrate Judge Kavanaugh as I celebrated Justice Thomas. They are tough defenders of the rule of law who stood alone against the Democratic mob. No, wait, that is not completely right. In the case of Kavanaugh he had Senator Lindsey Graham with him, and boy did Graham mop up the floor with the Democrats. He accomplished it in but a few minutes of eloquence. Bravo, Senator Graham.

By the way, the newspaper and television commentary over the weekend was overwhelmingly against Kavanaugh. There were many themes to their commentary and all were utterly fanciful. It was almost as if no line against the judge could be too stupid and infantile to intone. But one line in particular caught my eye. It was the critics’ disgruntlement about drinking alcohol. Alcohol? Demon Rum? Where did I encounter so much righteous indignation about a guy who admits to drinking booze over three decades ago when he was in high school — and by the way, no one alighted upon his accuser’s admission to drinking “a beer.” Just one “beer” and she could not recall how she got to the party, got home from the party, and where the party was held? Such people should never drink.

Now, to return to Kavanaugh and his critics’ obsession with his drinking. Where have we seen this rhetoric before? I would suggest that you read up on the puritans’ obsession with Demon Rum in the early years of the 20th century. They were bigoted, moralistic, imposers of their values on others. They were famous for Prohibition and their narrow readings of punitive laws. They were advocates again and again of the old adage that the end justifies the means. Those are the people who now dominate the Democratic Party. They are the enemies of liberty.