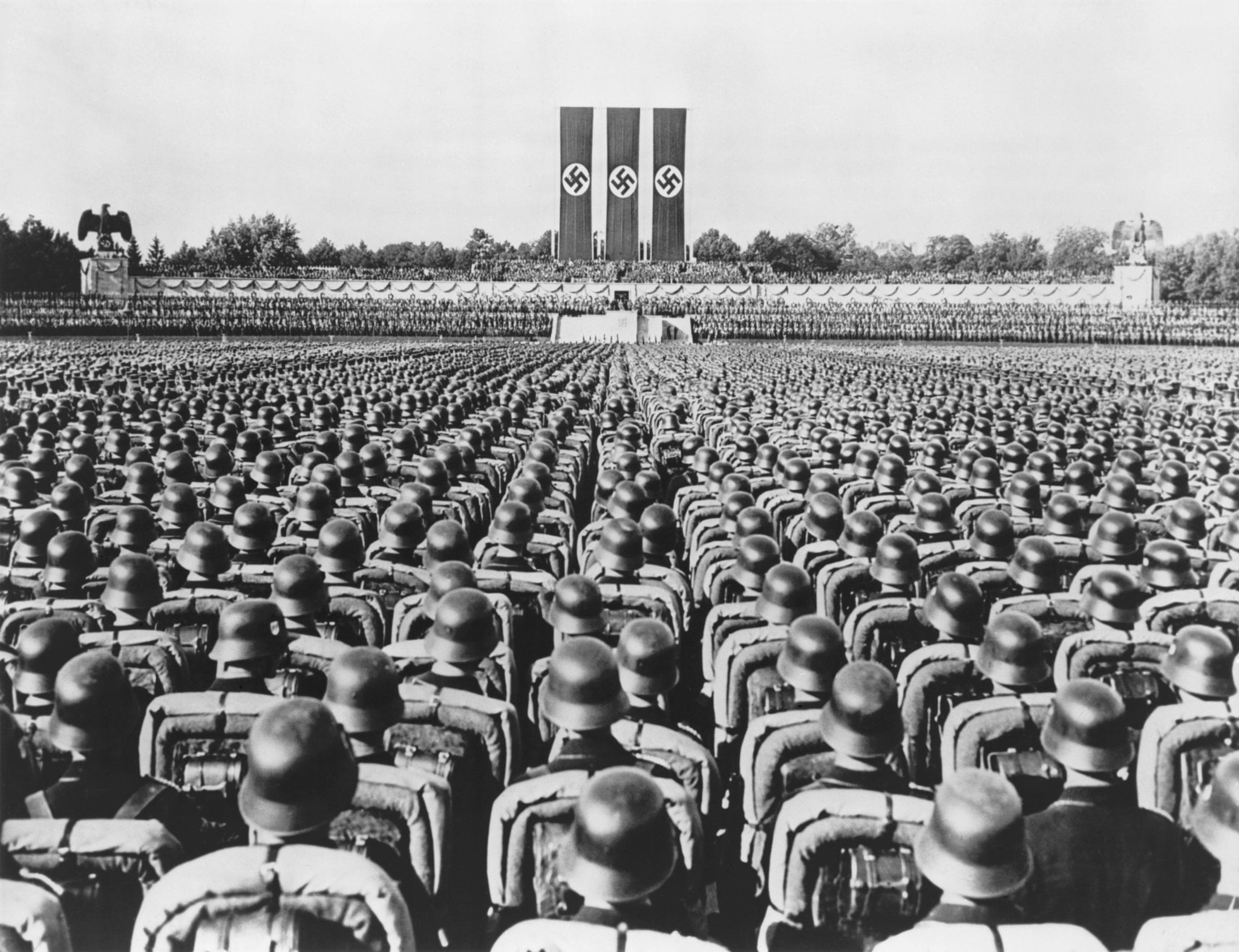 Long before the election of Donald Trump to the office of president, Jerry Seinfeld called the owner of his favorite lunchtime dive “the Soup Nazi.”

Then we had the acclaimed German film Downfall, chronicling Hitler’s last days. While hardly the stuff of slapstick, Bruno Ganz’s masterful performance became a meme and a source of endless parodies in which everybody, it seems, was lampooned as a Nazi at one time or another.

The trend has caught on.

Last week, I (along with many others) took CNN’s Don Lemon to task for comparing President Trump to Adolf Hitler. Not to be mistaken with Mel Brooks’s Hitler Rap, Lemon meant it. Oh, he has since backtracked, and he deserves credit for that, but Lemon clearly thinks the man is more than a little like Hitler.

I also noted that Lemon is hardly the first to make this comparison. Congressmen and entertainers on both sides of the aisle have done it.

And this raises an important question:

Do these comparisons have any merit? Are there any real parallels between the Nazi era and the modern American political landscape?

Perhaps we should first eliminate some features of Hitler’s regime that find no resonance in American public life:

So, then, what, if any, are the parallels between the Nazi era and our own?

The Nazi seizure of power and subsequent destruction of democracy were made possible by Nazi fearmongering that manipulated a German public into voting away their rights. But it must be noted that the circumstances that led to Hitler’s rise to power were something of a perfect storm, and they bear no resemblance to modern America. After all, we are not an embittered, defeated nation reeling from a world war. We are not trying to literally rebuild a country and a government under the crushing conditions of an armistice that has stripped us of national honor and guaranteed economic insolvency for a generation or more (Article 231 of the Treaty of Versailles, the infamous “War Guilt Clause”). And we are not in the midst of the greatest economic crisis in the history of the industrialized world.

This has not, however, stopped either party from engaging in more than a little fearmongering of its own. Watch the aforementioned Don Lemon commentary in full. Following the Trump-Hitler comparison, Lemon suggested an equivalence between Trump supporters and the Kool-Aid drinkers at Jonestown, Guyana. He also says, “For people of color in this county, this [i.e., the presidential election] is a life or death issue.”

This is absurd. No one, no matter their color or creed, faces “life or death” circumstances at the polls in 2020.

Texas Congressman Louie Gohmert said that Democrats are seeking to move this country “toward totalitarianism.” This, too, is absurd. If anything, Democrats are increasingly advocating the elimination of the electoral college and want to replace it with a simple majority vote. If by this Gohmert meant what James Madison called “the tyranny of the majority” in The Federalist Papers, then I withdraw my criticism. But this does not seem to have been in view.

Alexandria Ocasio-Cortez, perhaps the queen of fearmongering, raised the specter of Nazi Germany when she called the facilities where illegal aliens — and they are illegals — are housed “concentration camps.” Having visited the real concentration camps of Dachau, Auschwitz, Mauthausen, Buchenwald, and Mittlebau-Dora, places that existed solely to exterminate their inmate populations, I know that such a comparison is idiotic and trivializes the Holocaust. She would do well to visit a few of the aforementioned places.

It is no great revelation when I say that the Nazis had little regard for human life. What is less well known is their high view of animal life.

In his seminal work The Last Days of Hitler, Oxford historian Hugh Trevor-Roper writes, “The Grand Inquisitors of history were not cruel or self-indulgent men. They were often painfully conscientious and austere in their personal lives. They were often scrupulously kind to animals, like St. Robert Bellarmine, who refused to disturb the fleas in his clothes.”

In addition to being a vegetarian, a non-smoker, and a teetotaler, Hitler was an animal lover. Trevor-Roper further notes that SS chief Heinrich Himmler thought Reich Marshal Hermann Goering a pig. Why? Because he advocated the extermination of millions of people? Of course not. It was simply because Goering was an avid hunter:

“Imagine, Herr Kersten,” Himmler told a companion. “Some poor deer is grazing peacefully, and up comes the hunter to shoot that poor animal. … Could that give you pleasure?”

As elements within the Democratic Party embrace an increasingly radical abortion policy that inches toward infanticide, the New Republic has declared animal rights “the next frontier for the Left.”

There is something dangerously warped about a society that passes federal laws that will fine you up to $250,000 and send you to prison for destroying the egg of a bald eagle, but offers government assistance to destroy its unborn children. Romans 1:25 cites this reversal of values as a classic hallmark of a culture that has slipped its moorings and become all sail, no anchor. It is noteworthy that this passage further states that the drift toward national suicide begins with “people who suppress the truth” (Romans 1:18).

Party politics aside, we would do well to reflect on the dangerous historical example of Hitler’s Germany here — but not for the reasons some Democrats would like for you to believe. One fears we have become utterly desensitized to what we are doing. I do not use the word “holocaust” flippantly when I refer to the holocaust of abortion. Since 1973, approximately 61 million abortions have been performed in the United States. That’s 61 plus six zeroes. People. Children. Exterminated Nazi-style.

To preempt some reader who, missing my point, decides to fire off an email telling me that the Nazis outlawed abortion and burned the books of Margaret Sanger (the founder of Planned Parenthood), let me say that these policies had nothing whatsoever to do with sanctity of life. Nazi ideology shared Sanger’s Darwinian view that man was merely a cosmic accident, and they also shared her theories on eugenics. Yes, abortion was outlawed, but only for Aryan women, and that is because they thought them the “master race” and because they needed them to produce boys to defend Germany’s ever-expanding frontiers.

Lost on everyone, it seems, but Chris Cuomo, is why Don Lemon made the Trump-Hitler comparison in the first place: he was essentially advocating the suppression of free speech, the denial of “space” as he put it, to “bad people who do bad things.”

Said Cuomo in response: “You go too far and you start censoring what is on TV because you don’t like the ideas, because you think all of it is a lie.”

Indeed, you do. Section 14 of the Reich Press Law of October 1933 decreed that editors must “keep out of the newspapers anything which in any manner is misleading to the public.” Under the guise of truth and facts, the Nazis suppressed freedom of the press in a stroke and shut down all competing voices that did not bend the knee to the new regime. Given the direction that Big Tech is headed on censorship, this should be of concern to all Americans no matter where they sit on the political spectrum.

In conclusion, rather than tossing about references to Hitler and Nazi Germany so casually, we should instead find its genuine historical lessons and heed them.

At this point I am tempted to quote philosopher George Santayana. You know, the quote about how not remembering the past condemns you to repeating it. And while that sentiment has much to commend it here, I prefer to end with a warning, or perhaps it is a guiding principle, for both Democrats and Republicans. It comes from 19th-century English statesman Lord Shaftesbury, who said: