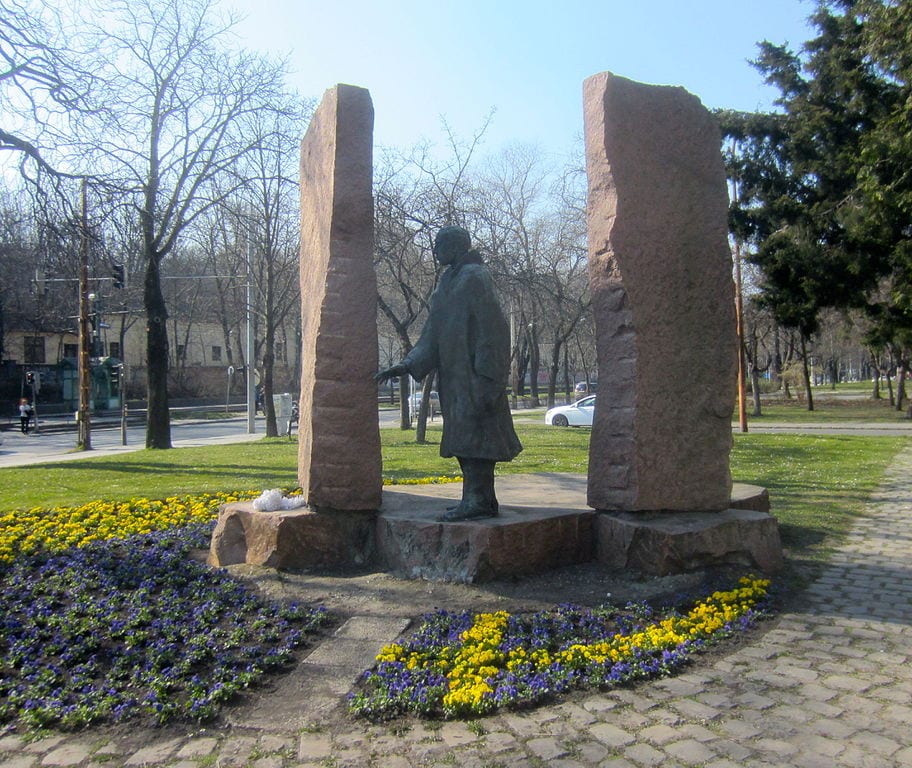 World War II created untold carnage around the globe. The injustice, the tragedy, and the horror as a tsunami of violence washed over multiple lands. Yet some cases still stand out. Such as the fate of Raoul Gustaf Wallenberg.

Hungary was a reluctant ally of Nazi Germany. Onetime admiral and World War I hero Miklós Horthy became Regent of a kingdom without a king in 1920. He established authoritarian rule under which both communists and fascists were banned. Seeing his nation caught between the Third Reich and Soviet Union, Horthy chose the former. With Berlin’s support, he gained territory from Czechoslovakia, Romania, and Yugoslavia, effectively reversing the Treaty of Trianon, which governed the breakup of the Austro-Hungarian Empire.

But Budapest paid a high price. Under German pressure, Horthy’s government contributed troops to Operation Barbarossa, the invasion of the Soviet Union. Unfortunately for Horthy and Hungary, stunning success in 1941 turned into disaster barely two years later, with the virtual destruction of the Second Hungarian Army. Recognizing that defeat for the German-led Axis was increasingly likely, Horthy began making contact with the allies.

As Soviet forces advanced in 1944, he offered to surrender his nation. Aware of his duplicity, Germany invaded and occupied Hungary, forcing Horthy to appoint a more cooperative government, especially in allowing mass deportation of Jews. But when Romania surrendered to the USSR in August, Horthy used the opportunity to retake control of his government and resume contacts with the allies. When he prepared to sign an armistice with the Soviets in October, Germany launched Operation Panzerfaust, removing him from power and backing a fascist Arrow Cross Party coup.

Adolf Eichmann returned to Hungary to continue his murderous deportations. The country’s prewar Jewish population was 825,000. Only 260,000 remained at the war’s conclusion. But murdering Jews would not stop the Soviets. By December, Budapest was encircled. Some 38,000 civilians died before the city’s surrender on February 13. Many others were captured by the Soviets. The most important, or at least most tragic, foreigner arrested was Raoul Wallenberg.

Wallenberg was a businessman. He studied architecture at the University of Michigan and traveled in the United States. He later worked in South Africa and Israel. He was one-sixteenth Jewish and boasted of his heritage. He was appointed in June 1944 to head an American-organized rescue mission for Hungary’s Jews and was added by Sweden’s government to its Budapest legation. When he arrived in Hungary’s capital, deportations were increasing, with most victims being sent to Auschwitz-Birkenau.

He became a whirlwind dedicated to saving Jews from the Holocaust. He handed out “protective passports” declaring the holders to be Swedish citizens awaiting repatriation home and thus immune from deportation. He once boarded a train headed for Auschwitz and distributed these unofficial documents, subsequently leading “passport” holders to safety. He convinced Germany to treat possessors of such documents as Swedish citizens exempt from other anti-Semitic restrictions.

He also rented buildings that ultimately housed 10,000 people (including the late Rep. Tom Lantos) and declared them to be extraterritorial Swedish territory, off limits to Germans and Hungarians rounding up Jews. By threatening prosecution for war crimes, he reportedly helped convince the Germans not to remove the rest of Budapest’s Jews or blow up the Jewish ghetto. He directly saved thousands of lives. These latter actions may have indirectly helped save tens of thousands of lives.

Wallenberg was not alone in his efforts. At one point, around 350 people, at great risk to themselves, were working to save Hungarian Jews. Some of them may have directly saved even more lives than Wallenberg. Historians, however, say he was the person most likely to directly confront German and Hungarian officials. Tibor Baranski, representing the Papal Nuncio, said he found a kindred spirit, sharing with Wallenberg “the same recklessness, the same determination, all through.”

On January 17, as Soviet forces were advancing in the city, the Swede was summoned to Marshal Rodion Malinovsky’s headquarters. Soviet files suggested that he was fingered as a possible allied spy — in fact, declassified records indicate that he was cooperating with OSS, or Office of Strategic Services, the precursor to the CIA — by a Hungarian politician working for Soviet intelligence. Wallenberg and his Hungarian driver, Vilmos Langfelder, were arrested. Wallenberg was taken to Moscow, perhaps to use as a hostage in seeking the return of Soviet defectors to Sweden. Shortly afterward he was seen at Lubyanka, the KGB’s notorious headquarters in Moscow. After that he disappeared in the Soviet gulag.

His fate remains unknown. Several former inmates said they talked to someone claiming to be a Swedish diplomat at various prisons at various times, the last being in 1987. But in 1957, the USSR declared that he had died of a heart attack a decade earlier. In 1989, a Soviet government headed toward dissolution found his personal possessions in a storage room and returned them to his family. Two years later, a formal Russian investigation concluded that Wallenberg had been executed in 1947. Over the years, additional evidence surfaced indicating that he was killed two years after his arrest.

World War II was filled with tragedy and injustice. Every victim of the Holocaust fell to both. But there was something particularly horrid about Wallenberg’s murder. He chose to place himself in danger. He risked everything to save others. And he succeeded — thousands of people survived because of him. Alas, his reward for doing so much for so many probably was to be another of Joseph Stalin’s victims, dispatched with a bullet in the brain in Lubyanka’s dismal underground.

We cannot bring him back. But we should remember him, always.

Doug Bandow is a Senior Fellow at the Cato Institute. He is a former Special Assistant to President Ronald Reagan and author of several books, including Foreign Follies: America’s New Global Empire.