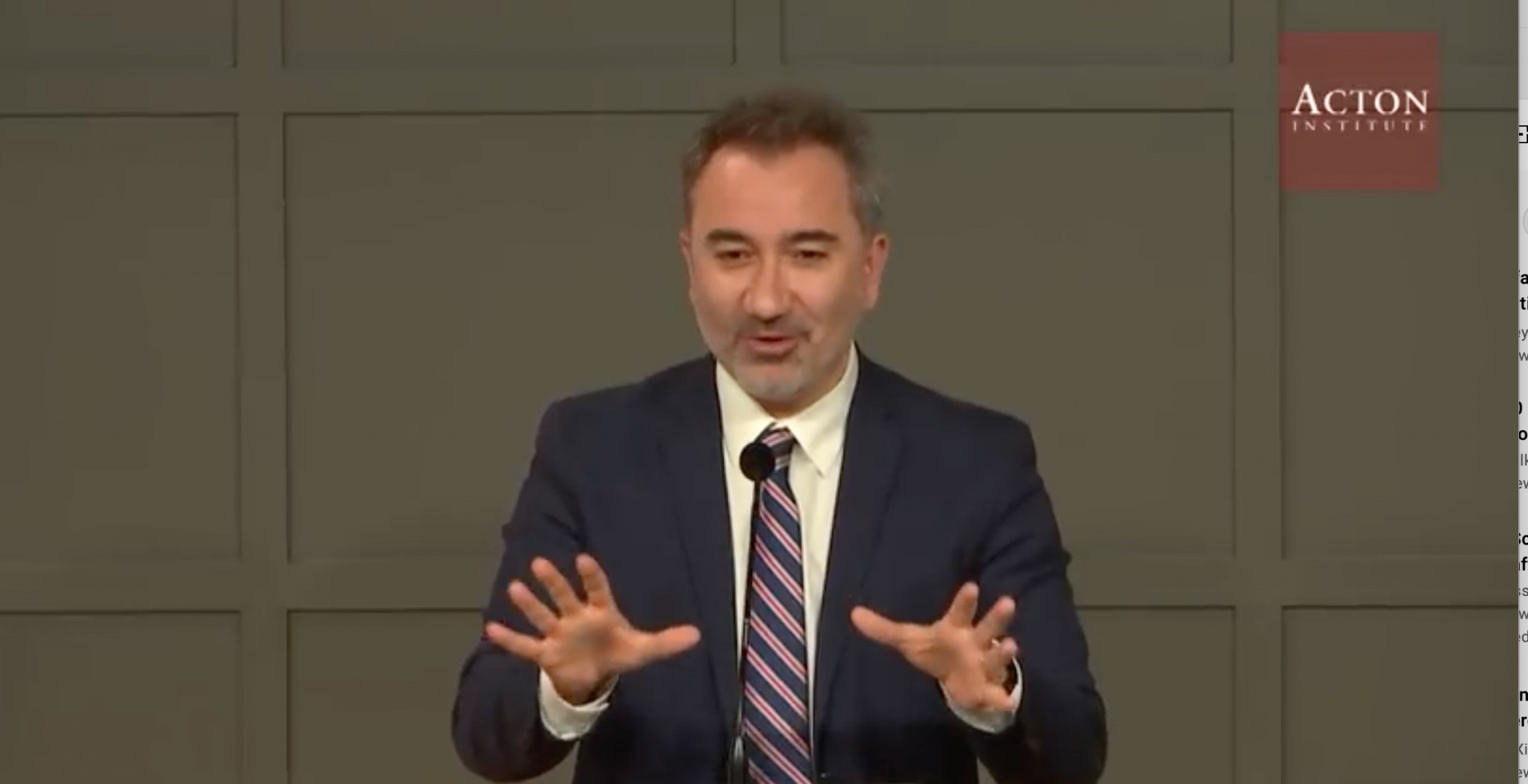 What would it mean to world peace if Muslims with influence were to lead a movement for liberty in religious affairs, as well as in politics? A lot, of course, but what are the chances? In Afghanistan the Taliban are back in power and America and its allies are humiliated. In West Africa, Boko Haram Islamists are extending their terror campaign against Christian villages, seizing sex slaves and hostages. In East Africa, Somalia remains violent and ungovernable.

At the same time, however, Muslim regimes in Gulf states and North Africa have entered peace treaties with Israel and are funding significant medical and educational institutions that readily reach out to Western counterparts. The post-communist states of Bosnia, Herzegovina and Albania — all majority Muslim — have developed democracies that are as free as the rest of Europe.

Citing such hopeful developments, but with his eyes wide open, is Mustafa Akyol, a Turkish scholar in Washington, D.C.

I met the mild-mannered, irenic Mr. Akyol twenty years ago when he was a young journalist in Istanbul, eagerly hoping that the new Turkish government of Recep Tayyip Erdogan would bring about a free-enterprise revival and political liberalism. The Turkish economy did flourish under Erdogan, at least for a while, but not the ideals of a free press and political competition. Turkey today has more journalists in jail than any other country. In time, Akyol and his small family felt that they had to move to America.

Regardless, on the phone from the Cato Institute, Akyol reports that he continues to find ways to explain contemporary Islam to Westerners while also urging fellow Muslims to recover theological traditions that could lead to a gentler, more constructive 21st century. Reopening Muslim Minds: A Return to Reason, Freedom and Tolerance is his latest effort.

Muslim Akyol, unlike Western secularists, readily acknowledges that modern science, economics, and standards of representative government are largely the products of Judeo-Christian traditions and that they were forged through long years of physical and intellectual strife. “Christians … used coercive power for centuries,” he notes, “but European Catholics now recall the Inquisition with embarrassment, in the same way American Protestants remember the witch hunts in the Massachusetts Bay Colony. They outgrew those dark phases thanks to the rational realization that coercion is absurd, and the scriptural realization that it is unnecessary.”

Similarly, Christians overcame the temptation to join the power of church and state (in most of the world). “We, too,” he says, “have the same resources to make the same leap forward…”

The great obstacle to Muslim reform, Akyol indicates, is a literalist tradition that applies 7th century understandings of Sharia law to 21st century situations. Islamists do recognize that some passages in the Quran and the hadiths that expand upon it are not to be taken literally (God, for example, does not have the actual “hands” or “face” or “throne” mentioned in scripture). But they are inclined nonetheless to apply literally the prescriptions of compulsion and punishment that in the Quran and hadiths were directed to particular historic circumstances — such as early Muslim wars.

Akyol delves deep into an impressive, if daunting, assortment of competing Muslim texts to find helpful precedents for a restatement of Islam for our time. He fastens especially on theologians in the 8th century called Mu’tazila who advocated a doctrine of free will and reason. God is just and will not act unjustly, argued the Mu’tazila, so unjust acts cannot be ascribed to him. He rewards goodness and therefore expects men to choose between good and evil. To make virtuous choices he gifts man with reason to help find the truth.

In 12th century Còrdoba, Spain, Ib Rashd, developed a Muslim sense of natural law that could check injustices done in the name of religion. Averroes, as he was known in the West, influenced medieval European thought but was “cancelled” in Islam. Today, Akyol calls on Muslims to recover his “lost wisdom.”

“From the principle of reason,” writes Akyol, there came the need for allegorical interpretation of revelation. There could be tensions between reason and the text of the Quran, Ibn Rashd realized, and in such cases the latter had to be interpreted.”

Today’s leading Muslim theologians (like Jews and Christians) already make implicit use of reasonable interpretations of scripture. Very few Muslims scholars, for example, condone slavery, child marriage and the killing of apostates. But polls show that literalists still make up a large percentage of Muslim believers. These literalists manage to intimidate other Muslims who are ready to live their faith in ways that conform with universal human rights.

Akyol speaks approvingly of the “natural moral code” that such scholars as C.S. Lewis described as belonging to all humanity. Muslims, Jews, and Christians can meet on such ground.

Meanwhile, advancing the cause of liberty within Islam is a hard and complicated task. Christians and Jews may be openly grateful to scholars like Akyol for taking it on. But Islam is not their faith to reform. A restated Islam has to come from Muslims.

Around the world one meets Muslims who express a determination to defeat the fanatics and support social and political reform. But they often say so in private, and that has to change for reform to succeed. The scenes of chaos in Afghanistan show what is at stake.

Bruce Chapman, a former U.S. Ambassador to the UN Organizations in Vienna, is Chairman of the Board of Discovery Institute.