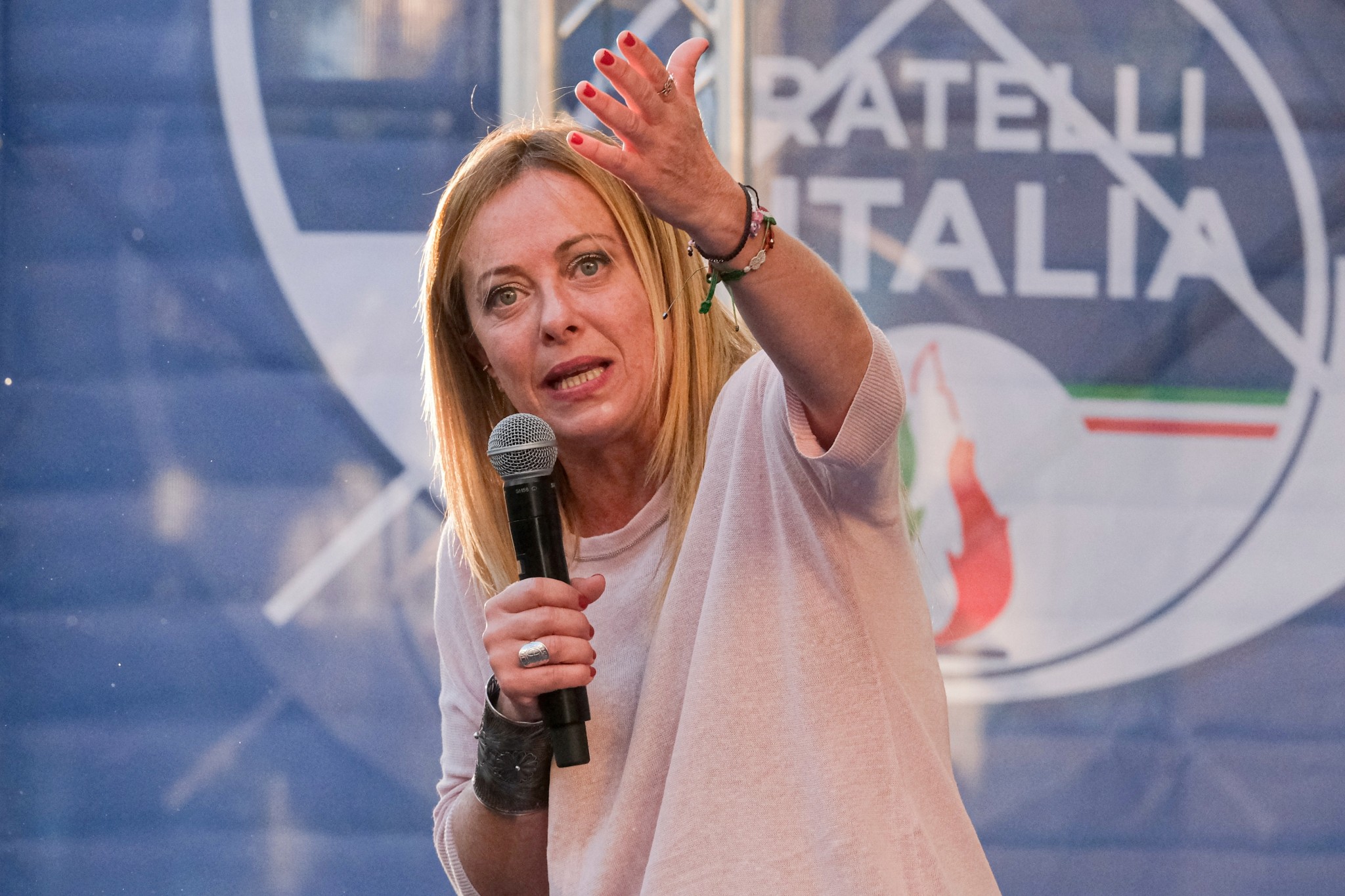 The mainstream media sounded the alarm after Italy elected Giorgia Meloni as its next prime minister. Even if many doubt Meloni’s sincerity in distancing herself from fascism, her mainstream views — such as her faith and her Euroscepticism — are also under attack.

Comments about Meloni’s faith belong to a larger criticism of the “Christian right.” Just as many cannot mention Meloni without bringing up the viral clip of her introducing herself as a “woman,” “mother,” and “Christian,” coverage of other world leaders mentions their Christianity and extremism in the same breath. Hungarian Prime Minister Viktor Orbán, Brazilian President Jair Bolsonaro, and Florida Gov. Ron DeSantis are just a few examples of leaders whose faith and extremism, according to the Left, go hand in hand.

The grouping of faith and extremism presents a common misunderstanding: that the “separation of church and state,” a principle guiding many democracies, means that there is no place for faith in governance. This misunderstanding leads to accusations that people like Meloni, Orbán, and DeSantis are turning their countries into theocracies. But conservatives can show that faith is not only compatible with democratic values, but also absolutely necessary for their survival.

Leftists linking Christianity to extremism often imply that there’s something hypocritical about democratically elected leaders vocalizing their faith, as though it violates their implicit promise to uphold certain ideals, including freedom of religion. A WFSU public media article from September, for example, said, “Public schools are also officially secular, but DeSantis referenced scripture, Ephesians 6:10-18, and framed this moment as a Biblical battle against evil.” In this way, the article implied that the secular status of public schools forbids DeSantis from referencing scripture when speaking about them.

Reporters, politicians, and others on the left who accuse leaders of extremism — and, in DeSantis’ case, the protesters at a recent rally who shouted, “This is what theocracy looks like!” — invoke the contradiction implied by WFSU. Because of its erroneous understanding of church-state separation, the article acts as though “public schools” and “scripture” don’t belong in the same sentence.

Enlightenment philosophers such as John Locke, who informed the constitution of many democratic countries, valued religious freedom. However, the Jeffersonian meaning of the phrase “a wall of separation between the church and state” does not translate to “religion has no place in public life.” His interpretation — that a nation cannot establish an official religion or otherwise prevent people from practicing their religion — informs decisions by the U.S. Supreme Court and other countries’ high courts. For example, an Italian court ruled that public schools can display crucifixes in classrooms, and the Supreme Court struck down a Maine law preventing students from using public funds to attend religious schools. That case made clear that the Constitution does not outright ban religion from secular institutions.

There’s a troubling trend of associating Christianity with extremism and treating any sign of a leader’s faith as a problem. When Sen. Dianne Feinstein questioned Justice Amy Coney Barrett during her confirmation hearing to become a circuit judge, Feinstein reflected a general scrutiny toward the ability of a Catholic to make unbiased decisions: “When you read your speeches, the conclusion one draws is that the dogma lives loudly within you, and that’s of concern.”

Other implications are even worse than the Left’s criticism or mockery. Rhetoric that depicts Christians as theocrats is an attempt to erase religion from public life altogether. When Tennessee school districts denied a charter school application from the American Classical Academy, they did so in part because of its ties to a conservative Christian college. The school boards’ votes reflect the influence of the state’s teachers union, which once wrote in a Supreme Court amicus brief that public education must maintain religious neutrality: “The consumer-based systems of private education are not guaranteed to preserve these societal values, and in the case of religious schools may very well be contrary to these values.” (READ MORE: Tennessee School Boards and Unions Go Up Against Hillsdale-Affiliated Charter Schools)

To secure religion’s place in public life, conservatives can spread the message through articles, movies, and college curricula that Christianity is fully compatible with modernity.

In the Jesuit magazine America, I once described the dwindling place of religion in higher education. With the exception of religious studies programs, academic departments make clear that religion does not have a place in scholarship. Like the Left’s assumption of an ever-thickening wall between church and state, the treatment of religion in higher education rests on an assumption about the Enlightenment values that universities inherited.

Religion’s exclusion in higher education, media outlets, and entertainment reflects the maxim that the Right has institutional power but the Left has cultural power. The Supreme Court may have a conservative majority and more CEOs are Republican than Democrat, but Hollywood, the mainstream media, and other knowledge or art-producing institutions lean left. The U.S. and many democratic countries are still Christian nations, according to data on religious affiliation, yet a small fraction of the liberal elite control the narrative about Christianity.

Some conservatives are at the forefront of regaining cultural power, such as the Daily Wire, which began producing movies and TV shows in 2021. Nonpartisan organizations also recognize the importance of conservatives in cultural institutions. One person who suggested that higher education needs more social conservatives is Jonathan Haidt, a political centrist, psychology professor at New York University, and co-founder of the Heterodox Academy. This organization provides support to students and faculty who promote free speech and viewpoint diversity in higher education.

The Heterodox blog has a series of posts on religious diversity. One argues that adding religion to academic coursework makes sense considering religion’s influence on history as well as individual and group behavior. The work of organizations like the Daily Wire and Heterodox Academy can help religion become normalized in cultural institutions from Hollywood to universities.

The left-leaning elite who have cultural power perhaps think that their abandonment of traditional religion demonstrates their higher level of educational attainment. Christian conservatives can show them that religion not only has a place in cultural institutions, but also is necessary for human knowledge and capturing the range of human experiences.

The Heterodox blog raises a consideration for journalists, politicians, and others on the left who conflate Christianity with extremism: “Is an exclusively secular approach liberal? Or is it better described as illiberal?” The problem with treating Meloni, Barrett, and DeSantis as zealots is that the Left fails to interrogate its own dogma in the new religion of wokeism. Wokeism forces speech, including using someone’s preferred pronouns in Canada or adding land acknowledgments to college syllabi in Washington state.

If the Left cares about Enlightenment ideals, such as freedom of speech and religion, then achieving these ideals means making room for Christianity.