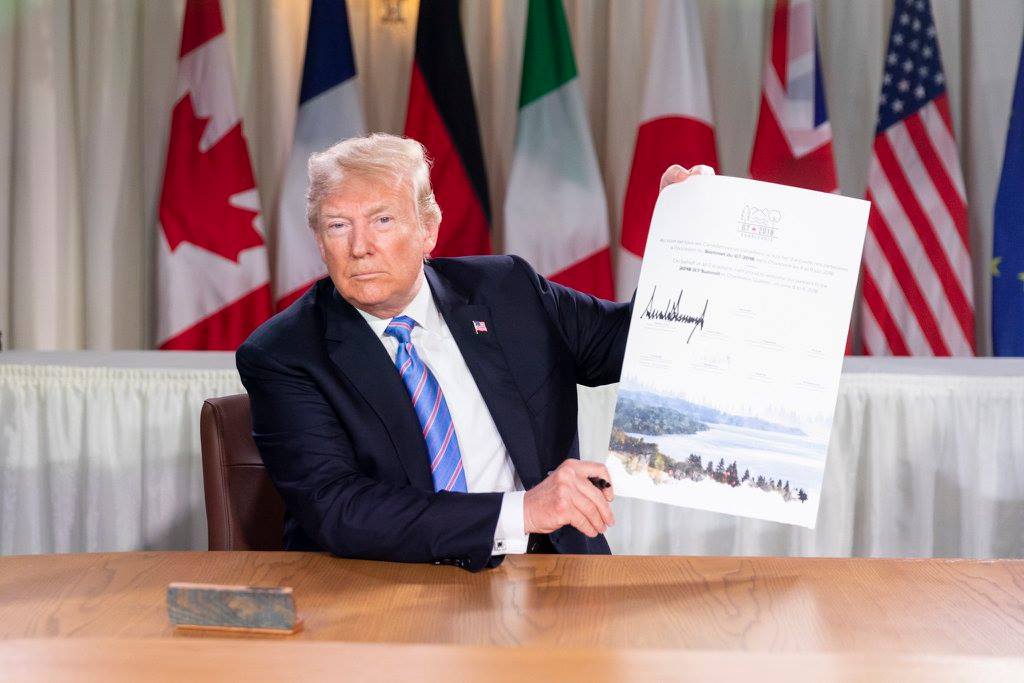 Got an extra $5,089 in between your couch cushions?

You may need it if proposed tariffs on imported vehicles are imposed by the Trump administration — that’s the estimated increase in the cost of an imported pickup truck, according to a study by the National Taxpayers Union Foundation.

So you may need to forget that import unless you’re really looking to lighten your wallet — or your couch’s cash reserve.

The U.S. Department of Commerce issued a federal register notice on May 30 requesting public comments on these potential car tariffs. Those comments are due to Commerce by June 22, with rebuttal comments due by July 6. The hearings are expected to take place July 19 and 20.

The investigation into these potential new taxes is considered a national security issue under Section 232 of U.S. trade law. President Trump said he instructed Commerce Secretary Wilbur Ross to conduct the investigation “into imports of automobiles, including trucks, and automotive parts to determine their effects on America’s national security. Core industries such as automobiles and automotive parts are critical to our strength as a Nation.”

Trump made the move as he announced he was imposing tariffs on steel and aluminum imported from Canada, Mexico, and the European Union, also under the basis of Section 232. He then threw a curveball by saying at the G7 summit that he’d be happy to lift all tariffs — as long as America’s allies did the same.

“Ultimately that’s what you want,” he said. “You want a tariff free. You want no barriers. And you want no subsidies. Because you have some cases where countries are subsidizing industries and that’s not fair.”

NTUF analyzed 2017 trade data, using an estimated 25 percent import tax, to determine what effect a tariff might have. The foundation found that overall U.S. import taxes would practically triple from $33 billion to $98 billion and the price of an imported vehicle would increase by an average of $4,205.

Such auto tariffs are likely to have other unintended — and much less obvious — impacts. The increased price of foreign-made cars would almost assuredly result in price increases in domestic-made vehicles due to lower competition. An analysis of restrictions on imports of Japanese-made cars in the 1980s determined that for every dollar the price of a Japanese import increased during that decade, American car prices increased about 30 to 40 cents. If that result were duplicated today, then an average increase of $4,205 for foreign cars could see domestic prices rise as much as $1,700 per average vehicle.

A Trade Partnership study released in May found that the auto tariffs could result in a small positive impact on highly skilled workers in the motor vehicle and parts sectors, but would have large negative impacts in other sectors of the economy, resulting in an overall decline in U.S. economic output. That analysis found that while the domestic auto sector would see an increase of 92,000 jobs, other sectors would see a net loss of 250,000 jobs as higher costs and declines in producer and consumer spending reverberate through the American economy.

In short, three jobs would be lost for every job gained and gross domestic product would decrease by 0.1 percent.

As the Trump administration considers these tariffs, the American automotive industry is humming along quite nicely. U.S. motor vehicle output has nearly doubled since the Great Recession.

One argument advocates make for such tariffs is that they can protect domestic auto manufacturing jobs, but ironically foreign car manufacturers have been supplying many of the new auto jobs in the U.S.

Take a state like Alabama, which saw its automotive manufacturing grow from the creation of a Mercedes-Benz U.S. International plant in a field in rural Tuscaloosa to a now booming industry that includes plants for Honda, Hyundai, and Toyota, with a Mazda-Toyota joint venture announced for Limestone County. And that doesn’t include the 200-plus suppliers for these manufacturers that employ 27,000 workers. Total employment in Alabama’s automotive sector is close to 40,000.

WardsAuto.com projects that foreign auto makers will pass American companies this year in the total number of cars and trucks manufactured in the United States.

The Intelligent Economist wisely says that “free trade leads to higher economic output as an increase in demand for local goods results in higher exports. This in turn creates more jobs for the local economy and the country enjoys higher economic growth.”

In considering the auto tariffs, the Trump administration should take those words to heart and quickly dispel the idea.