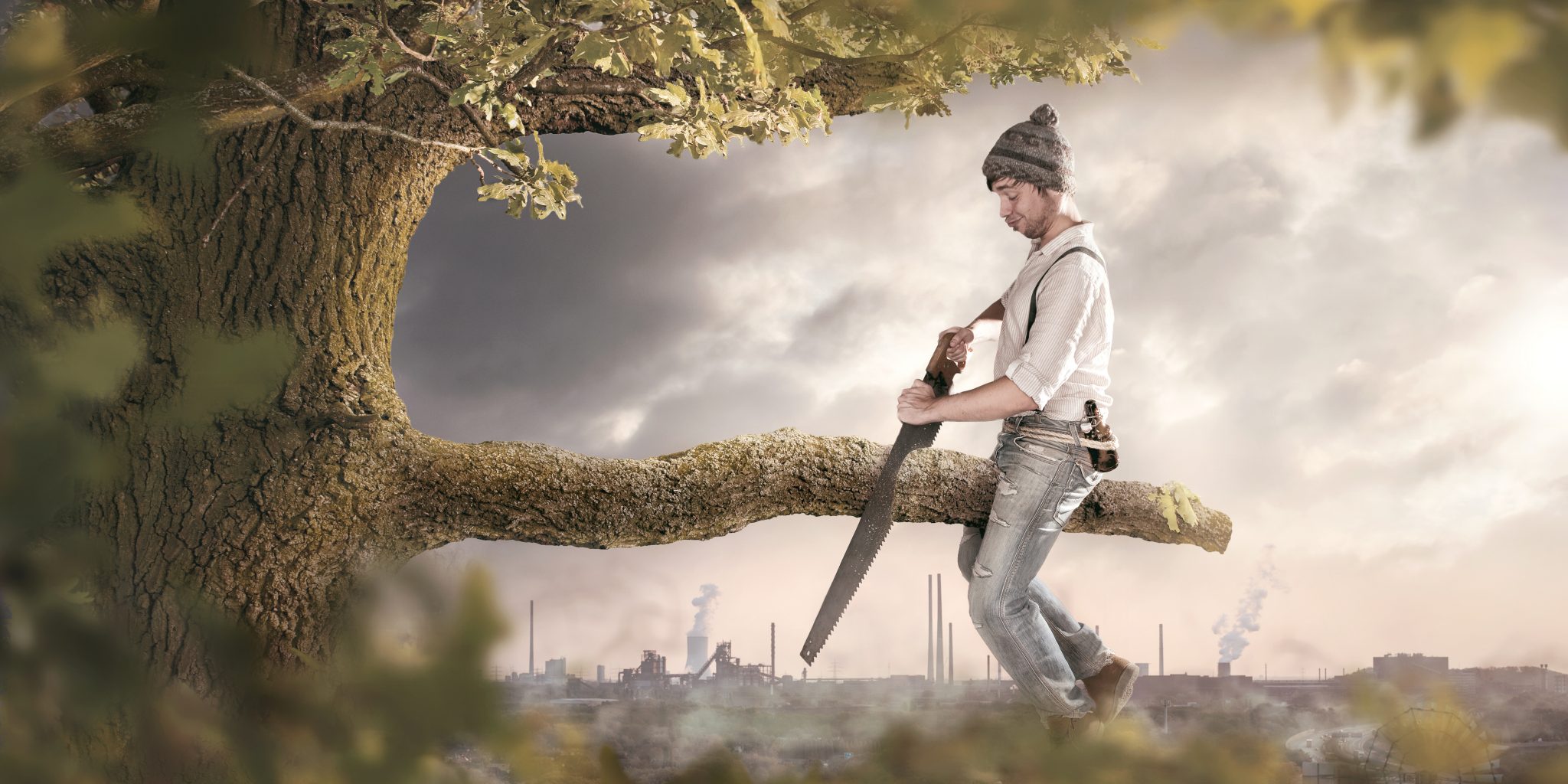 This article is not going where you think it is. As most of my American Spectator readers know, don’t even try to guess where this is going. Just come along for the ride. (In a way, it is like the letter of recommendation that an army colonel once received when being considered for a promotion: “His men would follow him anywhere — but only out of curiosity!”)

We all know about Roe versus Wade, that famous argument over which is the better way to get across a lake. I personally am pro-life and hope to see that tenuous court decision overturned someday. But here is what gets me about abortion right here and right now:

No matter where you stand on the “pro-life”–“pro-choice” continuum, no person actually wants to have an abortion in the first instance. That is, regardless of how much a feminist the person is, how many times they have had the slogan “Our Bodies, Our Selves” tattooed on their eyelids and cheeks and on their earlobes, no woman goes to bed with the decision: “I am really in the mood to have an abortion, so I think I will go and get myself pregnant tonight.” Abortions, even for the advocates, are at the very least inconvenient. It means taking time off from work or play. Finding a safe doctor who will not be like that mass murderer in Philadelphia and become the subject of a documentary to be seen in movie theaters. It means laying out money, lying down on an operating table, and having some stranger basically run a vacuum cleaner up your insides. Even if, inspired by the Blackface governor of Virginia, you don’t care a whit about the life you just agreed to have snuffed out within your womb, an abortion is such a hassle. It’s like, who needs it?

So then why, pray tell, do women end up getting abortions, millions upon millions of women in America? Why don’t they just ingest the pill? Or get a prescription for a contraceptive device like a diaphragm and buy some spermicide jelly? Or ensure that the co-participant in the episode does the “Doctor Ruth” thing?

In my personal religious worldview, and in my rabbinic practice as a normative mainstream Orthodox congregational rabbi, I do not encourage or advocate birth control, though the perspective of Orthodox Judaism on the subject is less all-encompassing in its application than is the position of the Catholic Church or of some fundamentalist Protestant denominations. Still, we Orthodox Jews are completely in the pro-life camp, opponents of abortion on demand, advocates for life, and resistant to encourage birth control in the first instance. But I am not talking here about me. I am talking about the aborters and especially the abortees.

Why don’t they just do the birth control thing, avoid the pregnancy to begin with, and then avoid the utter inconvenience, hassle, cost, trauma, and womb-vacuuming that an abortion entails? No one ever asks that question. Instead, people on all sides of the debate just skip that step and instead just race to demonstrate outside the Supreme Court, where the circus may include a dishonorably discharged Indian beating a drum in the face of some innocent well-groomed and even better behaved teenager from Kentucky, or maybe some crazed “Black Hebrews” or “Black Israelites” or whatever they call themselves screaming anti-White racial epithets at anyone less Black than they, albeit equally non-Jewish.

So here is my point: Many people are just idiots. They just are. They know from at least 12 years of mandatory public school sex education from Grade One through high school graduation, and perhaps additional public schooling on the subject in kindergarten and nursery, and whatever else is included on the subject in Common Core, that a pregnancy can derive from the male, the female, the organic organization of organs commonly discussed in various media organs, and such. They typically have seen years of classroom slides showing them intrauterine devices, condoms in condominia, and pictures of everything except that of a three-month-old fetus taking shape, or a six-month fetus, or an eight-month-old fetus. They know that the University of Southern California football team are not the only Trojans still extant in the post-Peloponnesian world, and they have heard more warnings of their Fates than ever were prophesied by Laocoön or Cassandra if they horse around unprotected. So, if they are not going to bear the child to term and love it and rear it, why do so many of those millions get pregnant in the first place?

Because they are too lazy and too stupid to take the simple obvious precaution that would save everyone a world of aggravation, spare a life from being snuffed, and leave a Brett Kavanaugh free to live the life he deserved without having to be slandered and libeled by a stream of perjurers.

And what does this have to do with China Virus 19? Oh, not much — just everything.

It could not be more clear that fewer people would be infected, fewer would be endangered, fewer people would be quarantined, fewer hospitals would be watching their supply of ventilators and N95 respiratory masks — if only more people would practice social distancing of six feet, cough into their bent elbows or into a tissue that they promptly would throw away, wash their hands for 20 seconds, and practice simple common sense. True, there are no guarantees. Even the most vigilant can be felled unsuspectingly, though quite atypically, by an exchange of cash or touching a doorknob at the wrong moment and then not racing promptly to disinfect with hand sanitizer or to wash their hands. But can there be any doubt at this moment in the disease’s trajectory that a responsible populace would register better results in country after country if only the common people practiced the common wisdom of common sense?

Call it the Tragedy of the Commons, Part Deux. If only the term “common sense” were not a punchline. But the world is what it is. As I always remind my law students, “Don’t be too harsh on all those idiots out there. Without them, we might be washing windows.” But that is what it is. Regardless of where you stand on Roe v. Wade, no matter how you would get across that lake, sensibility alone dictates a world that would see very few abortions, only arising in outlier crisis situations, deriving not from “accidents” (i.e., laziness and irresponsibility) but from subsequent severe complications that often lead to a spiritually painful pastoral session with a priest, pastor, rabbi, or therapist. But millions upon millions prove otherwise. And when they are not on the way to Planned Parenthood for abortion counseling, they — or even others, equally irresponsible on the opposite side of that divide — very well may be neglecting to wash hands, standing too close, offering a hug, handshake, or pat on the back in the wrong season, or otherwise being just too lazy to take the simple precaution that common sense and common courtesy dictate and that could save individuals’ lives and a nation’s economy.