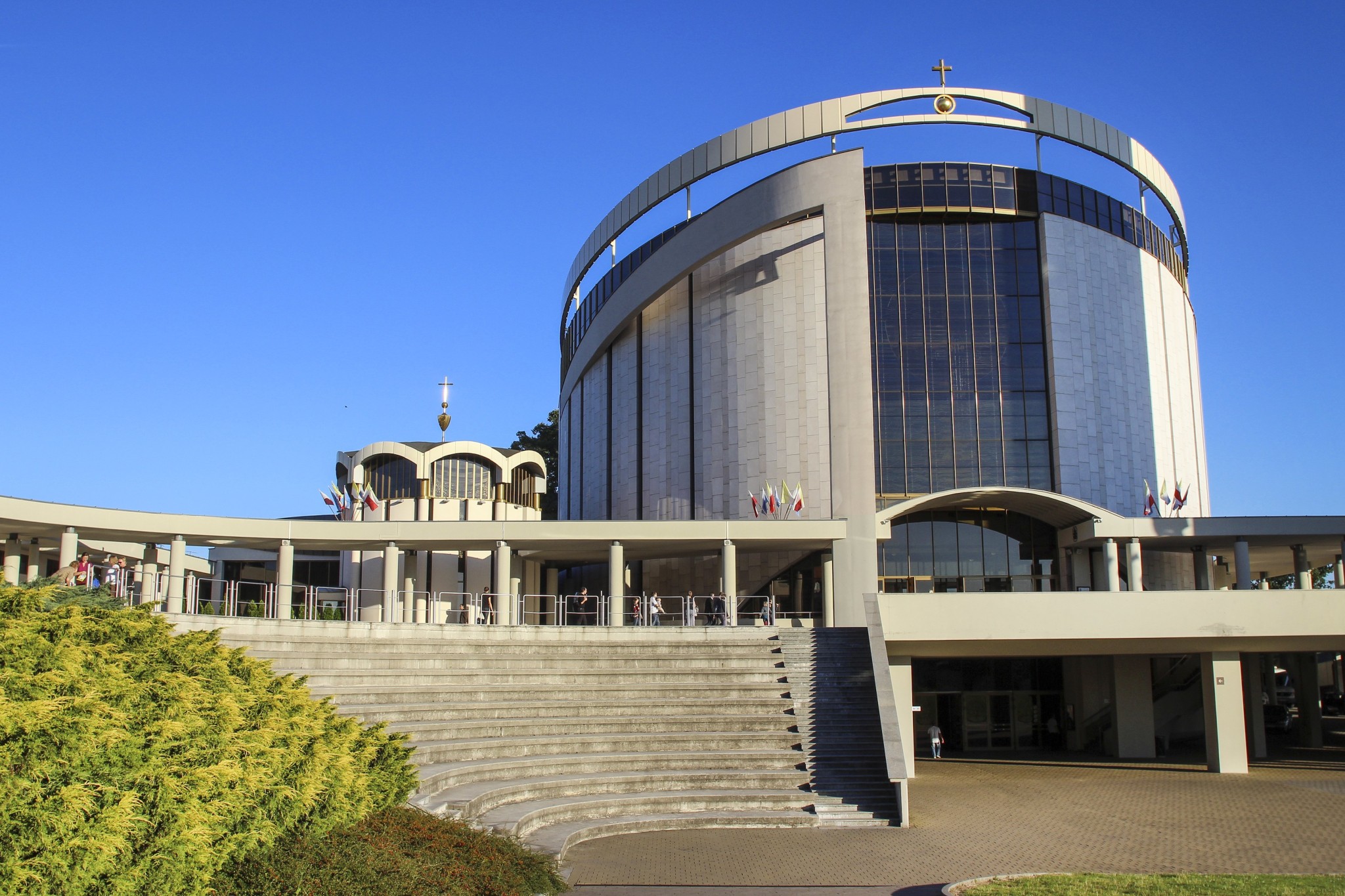 I know the Church is truly a work of God because it has managed to survive the temples built in the second half of the 20th century, especially in Europe, although there is also some unrefined ecclesiastical architecture in the United States. Yes, a good part of the Christian churches of the last hundred years look like the work of Construction by Satan Ltd. When faced with those bare walls made of discolored lumpy concrete, what you really want to do is not give glory to God but to cry, beat your chest with a copy of the building plans, and ask for mercy. When the liturgy speaks of sacrificing a lamb, the faithful become indignant, saying that the lamb is innocent and the architect is to blame.

The comparison with preceding centuries is frightening. From the earliest times of architectural development, the mad inspiration of faith was behind the greatest feats. We have Romanesque churches, Gothic cathedrals, and an infinite number of beauties that make even the iciest of atheists fall to their knees and intone a prayer, even if it is to the God of just in case, that ritual prayer of the one who does not believe but releases it just in case, with very good judgment.

The Cathedral of Santiago, St. Peter’s in the Vatican, or the Shrine of Our Lady of Lourdes come to mind. It’s impossible not to look to the heavens, feel a tremor in your soul when crossing its floor, and wonder at the faith the builders and creators must have had in order to raise something so grand, warm, and overwhelming. Heaven on earth. I think, on the contrary, of the church I visited a few weeks ago in Madrid, from nineteen ninety-something, with more tons of molten aluminum than churchgoers — who I imagine being stubbornly faithful — and with the concrete tabernacle camouflaged on one side of the nonexistent altarpiece, as full of cement as the brain of the brother who thought it a good idea to remind souls of the existence of hell through ornamentation, making the temple a place of penitence and purification for all the senses.

I feel the happiness of the enemies of the Church grow in the face of the grotesque deviation in sacred art in the modern era because, even in their wickedness, they know that every important battle begins with the aesthetic. And it is very difficult to approach God if you do not approach beauty.

In a way, the gradual disappearance of Latin and Gregorian chant in the liturgy is now understandable. They are two links to beauty, to eternity, two elevators to heaven, quite incompatible with the colored card cut out and pasted along the barren wall of the concrete side of the temple, full of messages about the importance of there being no plastic in the sea, under the astonished gaze of a conceptual St. Joseph. All certainly very important, but I am not sure it is comparable to the majesty of the dogma of the End of the World, to mention a genuinely definitive example.

I’m just a cantankerous writer. Melancholy for the churches of yesterday. Exaltation when faced with some modern basilicas still built with respect for God, in the aesthetic sense, in the search for beauty, the poetry of the soul. I guess it all fell apart the day some enlightened person (dazzled by the reflection of a golden calf, no doubt) decided to change the burning of incense for an electronic air freshener reminiscent of a pine forest. This does not happen in my Galician land. Woe betide anyone who tries to get in the way of the botafumeiro of the cathedral of Santiago and its cloud of incense. They would get a one-way ticket back to their country of origin by the same route by which he came on pilgrimage to Compostela but without gaining any more indulgence than the grace of being spared from death on a stake.

Do not judge me, theologians, God forbid, but I believe that if divine justice did not know infinite mercy, the good God would crush his people for raising temples like sports pavilions, crowned with something that could be a cross, but it could also be a lightning rod, or perhaps a lock of Einstein’s hair. But this is the grand lesson: God is patient. And generous. Enough to listen to the prayers of the faithful who gather in His Name, even if they do so in a place whose only humanly deserved spiritual aspiration, after all, is to host the architect’s funeral and, if possible, to host it as soon as possible.