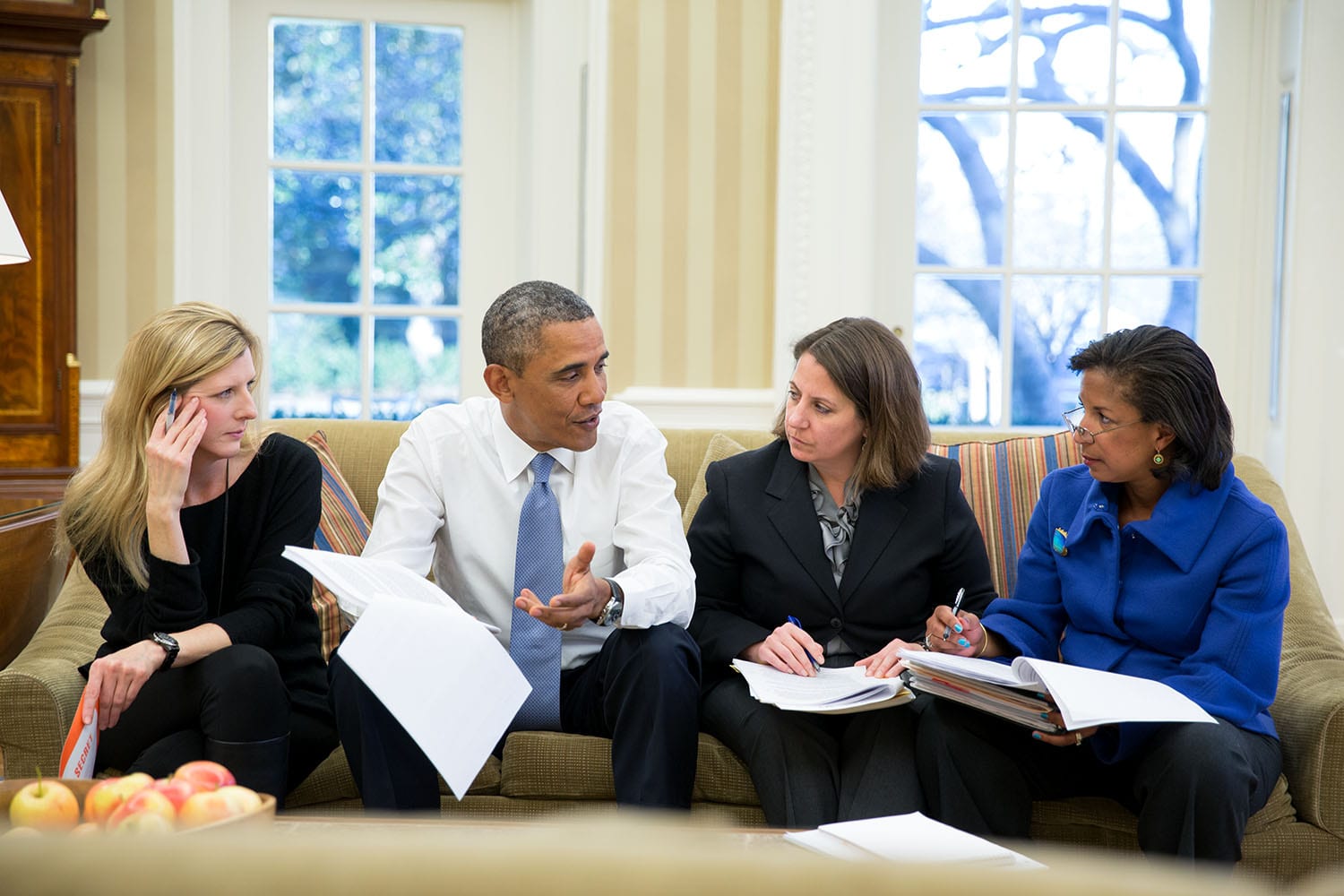 More Politics
Sign Up to Receive Our Latest Updates!
Register
Hot Off
The Press
Another Perspective
They Always Blame America First
by Francis P. Sempa
Blog
President Trump’s Policy Victories, From A to Z
by Deroy Murdock
Special Report
Afghan Women Are Back to Square One Under Taliban Rule
by Evan Poellinger
Flynn Files
Science in an Age of Unreason
by Daniel J. Flynn
State Watch
The Corruption of the Authoritarian Liz Cheney
by Jeffrey Lord

Here is the link to the Mueller Report as provided by Attorney General William Barr.

It says, among other things, this:

The report explains that the Special Counsel and his staff thoroughly investigated allegations that members of the presidential campaign of Donald J. Trump, and others associated with it, conspired the Russian government in its efforts to interfere in the 2016 presidential election, or sought to obstruct the related federal investigations. In the report, the Special Counsel noted that, in completing his investigation, he employed 19 lawyers who were assisted by a team of approximately 40 FBI agents, intelligence analysts, forensic accountants, and other professional staff. The Special Counsel issued more than 2,800 subpoenas, executed nearly 500 search warrants, obtained more than 230 orders for communications records, issued almost 50 orders authorizing use of pen registers, made 13 requests to foreign governments for evidence, and interviewed approximately 500 witnesses.

The summary goes on to say:

The Special Counsel’s investigation did not find that the Trump campaign or anyone associated with it conspired or coordinated with Russia in its efforts to influence the 2016 U. S. presidential election. As the report states: “[T]he investigation did not establish that members of the Trump Campaign conspired or coordinated with the Russian government in its election interference activities.”

What is not said here? There is no word about the role of then-President Obama and/or anyone in the Obama administration when it comes to the question of directing this entire effort to sabotage first the Trump campaign and then, when that failed, the Trump presidency itself.

Who, exactly, did Attorney General Loretta Lynch, FBI Director James Comey, and the entire list of Justice Department, CIA, and FBI officials work for, anyway? They worked for President Barack Obama. As did his first Secretary of State and presidential wannabe Hillary Clinton.

As has been repeatedly uncovered by ace reporters Sara Carter of Fox, the Hill’s John Solomon, Fox legal analyst Gregg Jarrett, and the Wall Street Journal’s Kimberley Strassel, something was deeply, seriously amiss in ObamaLand.

Now, after all of that work by the Establishment-sainted Robert Mueller we learn that — there was no collusion?

After all that effort — as Bugs Bunny might say — “that’s all folks”?

How to end our national nightmare — probe Hillary Clinton again

Goodwin says, in part, this:

Now, with Mueller finished, it is time to give equal attention to the other side of the story, of how we got here. The questions can be boiled down to two.

Was the initial decision to investigate Trump’s campaign an honest mistake by the Obama administration? Or was it an attempt to rig the election in favor of Clinton, and when that failed, overthrow a duly elected president?

Those outstanding issues are as worthy of complete answers as those that Mueller investigated. In addition to knowing whether there was an improper relationship between a candidate and a foreign power, Americans also deserve to know what was going on inside their own government and whether it was simply incompetent or thoroughly corrupt, or some combination of the two.

Put another way, what did President Obama and his administration do, and why did they do it?

Match this with these words from House Judiciary Chairman and New York Democrat Jerrold Nadler, as reported by the Washington Post:

Undeterred by President Trump’s claim of “complete and total exoneration” from a summary of the special counsel’s report on Russian interference, Democrats on Sunday vowed to press ahead with their multiple investigations into the president and whether he obstructed justice.

Rep. Jerrold Nadler (D-N.Y.), whose panel has jurisdiction over impeachment, pledged to pick up where investigators left off and, if necessary, subpoena Attorney General William P. Barr to testify. In an impromptu news conference in New York City, he seized on special counsel Robert S. Mueller III’s refusal to exonerate Trump on the question of obstruction of justice, suggesting that Barr’s summary was “a hasty, partisan interpretation of the facts.”

Alrighty, then! When will Attorney General Barr appoint a special prosecutor to do some serious transparency — to look into the role of President Obama, Vice President Biden, Secretary of State Clinton, CIA Director John Brennan, FBI Director James Comey and all of his FBI minions? When will Chairman Nadler dig in and start some real transparent investigations? Asking among other things what role did all and each of the players in the Obama administration — beginning with the president himself — play in all of this serious scandal?

Let’s be upfront: No one who has any scintilla of experience in American government can believe that it is not more than time to find out: what did President Obama know and when did he know it?

Nadler and company want transparency? I agree. It’s time — more than time — to start sorting all of this out.

Perhaps a start can be made by looking through Adam Schiff’s e-mails and phone logs?