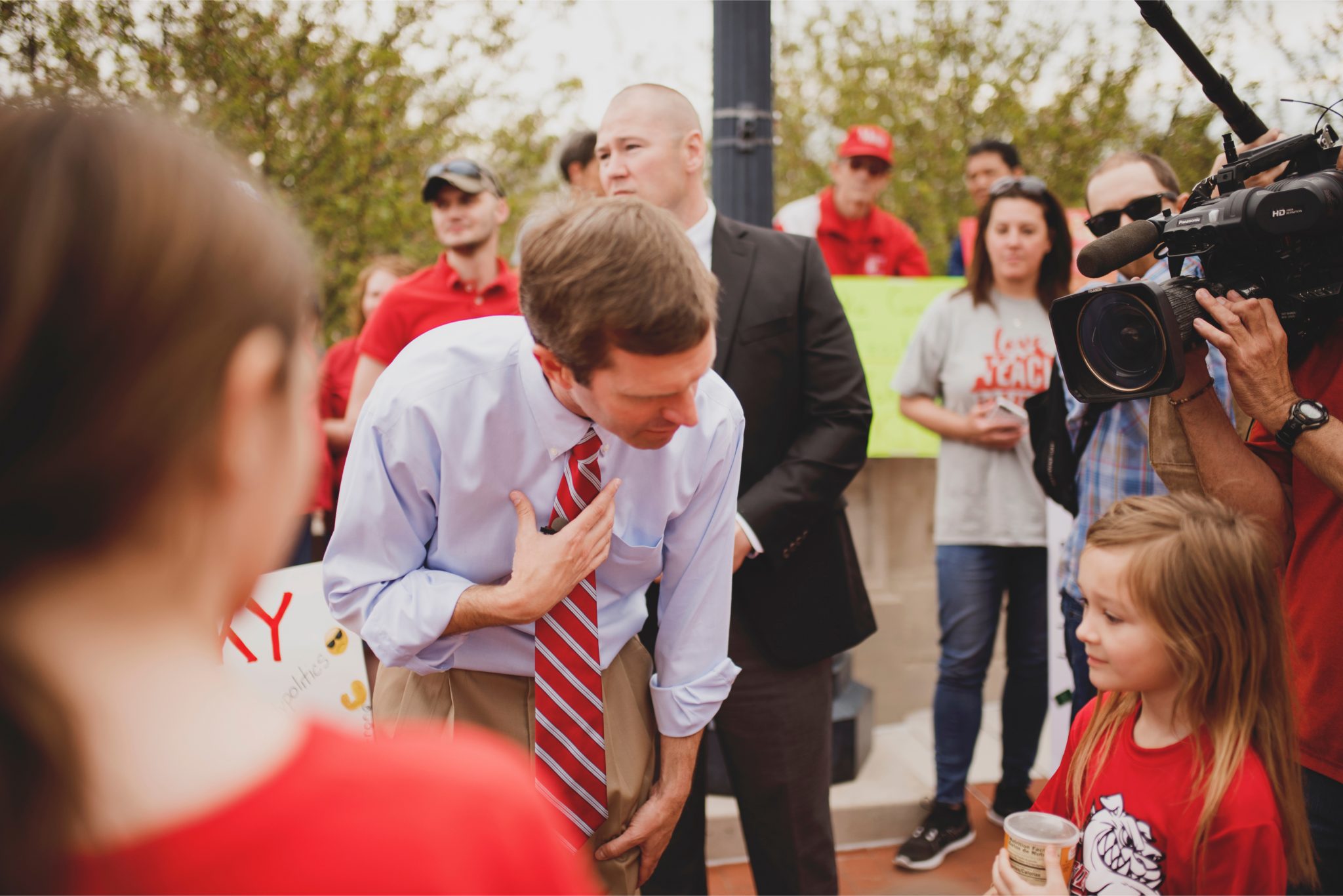 Is anyone else getting nauseated by the public health-inspired slogans popping up everywhere across the country? My home state of Kentucky has been no exception. Folks there have been inundated with them during Gov. Andy Beshear’s regular evening addresses. It was in March that he first ordered Kentuckians to be #healthyathome, which was the cutesy slogan he and his team came up with for warrantless house arrest of all Bluegrass citizens. Next came #healthyatwork, the phrase that team Beshear gave to their phased (and painfully slow) approach to reopening the state’s businesses. Throughout all this, masks have been mandated to be worn in all public places, indefinitely, as part of the “new normal” in Kentucky. Folks at the state capitol must have thought that government overreach would be more palatable if it came with a jingle. If it worked for the Bolsheviks, it would probably also work for the Bluegrass.

They weren’t wrong. Many folks in Kentucky have eaten this up. Some have even taken to promoting their own state-worshipping slogans, as evidenced by apparel with a “Govern me, Daddy” logo. This odd, sexualized appreciation for the governor’s edicts would be hilarious if it weren’t sad. But seriously, how do leaders get away with hiding behind corny slogans whilst trampling on people’s rights? Mostly they do it by portraying themselves as men or women of the people, who are also undergoing the same sacrifices they are demanding of others. By convincing citizens that “we are all in this together,” that suffering is both shared and necessary, they get away with power grabs. Andy Beshear certainly didn’t invent the concept; he has just used it effectively.

The governor has repeated ad nauseam that Kentuckians must adjust to the “new normal” in order to stay safe, but the “old normal” seems to be working just fine at his house.

But the gimmick only works if citizens actually believe that leaders are also struggling right along with them. One minor inconvenience for the governor is that he legally has to respond to open records requests, which are aimed at fostering government transparency. In mid-April, the Bluegrass Institute for Public Policy Solutions, a self-described free market think tank focusing on issues within Kentucky, asked to inspect time sheets from staff working at the governor’s mansion. Beshear (the former state attorney general) violated state law by not responding to this request in a timely fashion. Twelve days passed and no records were produced. After the Bluegrass Institute filed an appeal with the state attorney general’s office, he finally complied.

The cause of the delay became quite obvious once those records were unveiled. They showed rank hypocrisy on his part. Per Jim Waters, president of the Bluegrass Institute: “While restaurants and businesses providing personal services suffer … the Beshear family is still being served by several employees regularly working in the Governor’s Mansion, including four housekeepers, two chefs, two maintenance workers as well as a butler along with an executive director and assistant director.” The records also reportedly show that “some mansion staff members even continued working full-time despite recently being in contact with fellow workers who took COVID-19 emergency sick leave set aside for workers who contract, or display symptoms of having contracted, the coronavirus or been around an infected individual.” Some employees even reportedly logged overtime during March and April.

This seems troubling. Why does the governor require his staff to break his own executive orders at this time? All Kentuckians with (so-called) non-essential jobs were supposed to be #healthyathome during those months. Dining rooms are closed across the state because table service at this time is allegedly akin to manslaughter, but many restaurants are providing takeout. Perhaps he could support these small businesses by ordering food and picking it up, instead of expecting his chef to break quarantine and supposedly risk death. Similarly, the maids probably shouldn’t be breaking quarantine just to make his bed. If it’s too dangerous for housekeepers to visit my home, it’s also too dangerous for them to visit his. The governor has repeated ad nauseam that Kentuckians must adjust to the “new normal” in order to stay safe, but the “old normal” seems to be working just fine at his house. That’s disappointing, especially when we’re supposedly “all in this together.”

Holding a service job at the governor’s mansion reportedly allows for overtime pay during this pandemic. Unfortunately, those working similar jobs in the real world don’t have the same opportunity and are left trying to claim unemployment benefits. Kentucky bureaucracy has been notoriously inept at getting unemployment benefits to eligible workers, and many folks have had to get by with little to no cash flow. If only they had the foresight to get a job at the governor’s mansion. Talk about job security!

In all seriousness, it’s hard to excuse the pain and economic destruction Beshear has caused by his edicts, especially when the rules inside the palace walls don’t seem to match those across the rest of Kentucky. To be more reflective of reality, maybe at the next presser he should explain to Kentuckians that his rules are “good for thee but not for me.” Don’t count on it.