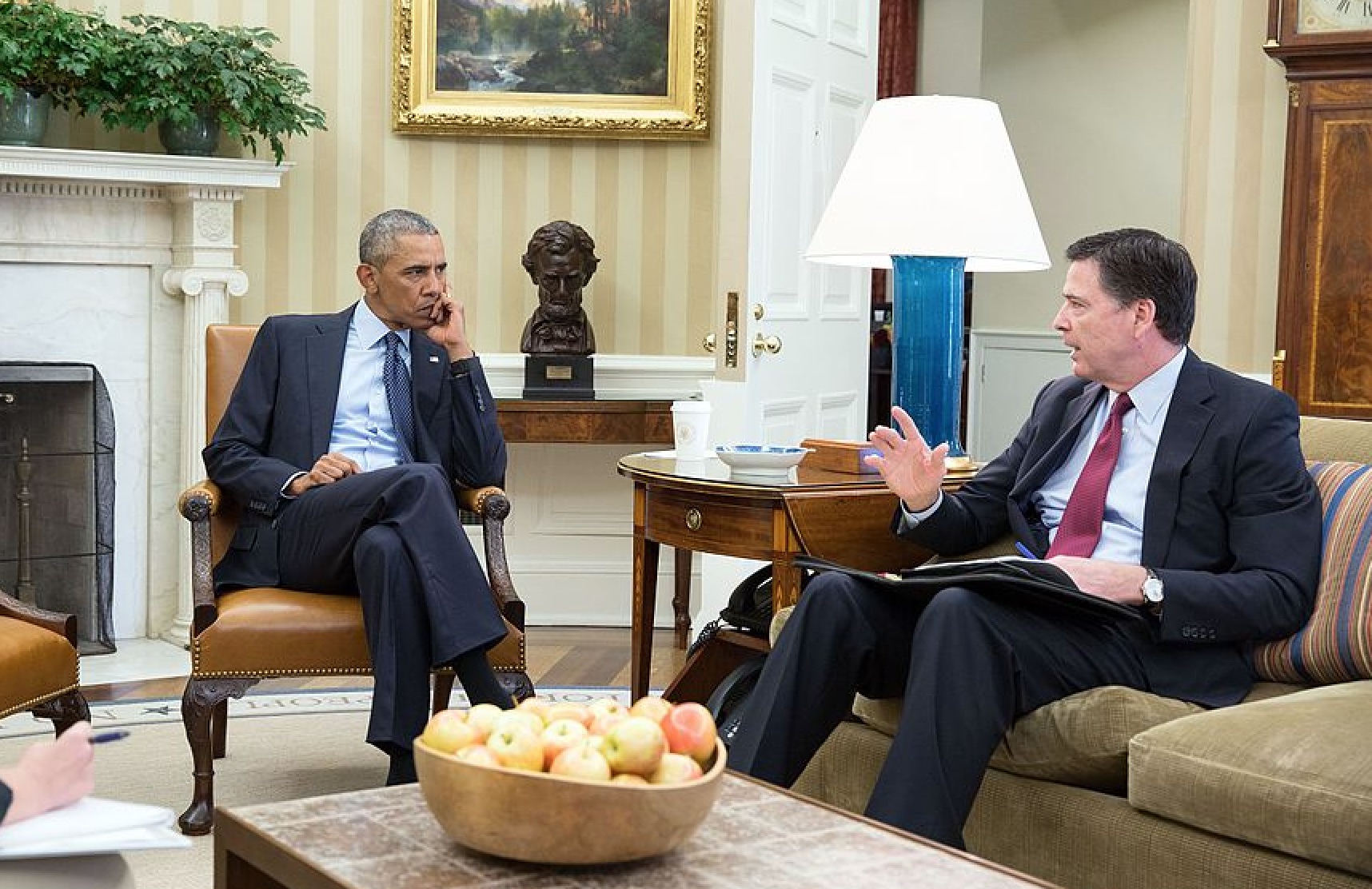 The hottest hashtag on Twitter is 12 years in the making, and frankly that’s far too late.

Last week’s cascade of revelations that the entire Trump–Russia narrative and Mike Flynn case, among other shenanigans falling out of Washington, D.C., over the past four years, weren’t just garbage but garbage cooked up and spread by the top levels of the Obama administration, to be summed up in one catchy hashtag, has the potential to change American politics in fundamental ways.

We know already that #Obamagate is the correct name for the mess unfolding before us, thanks to the summary of a meeting held on Jan. 5, 2017, provided by the former president’s National Security Adviser Susan Rice. The Federalist’s Margot Cleveland follows that story:

Rice later wrote an email to herself on January 20, 2017 — Trump’s inauguration day and her last day in the White House — purporting to summarize that meeting. “On January 5, following a briefing by IC leadership on Russian hacking during the 2016 Presidential election,” Rice wrote, “President Obama had a brief follow-on conversation with FBI Director Jim Comey and Deputy Attorney General Sally Yates in the Oval Office. Vice President Biden and I were also present.”

According to Rice, “President Obama began the conversation by stressing his continued commitment to ensuring that every aspect of this issue is handled by the Intelligence and law enforcement communities ‘by the book.’ ” But then she added a significant caveat to that “commitment”: “From a national security perspective, however, President Obama said he wants to be sure that, as we engage with the incoming team, we are mindful to ascertain if there is any reason that we cannot share information fully as it relates to Russia.”

The next portion of the email is classified, but Rice then noted that “the President asked Comey to inform him if anything changes in the next few weeks that should affect how we share classified information with the incoming team. Comey said he would.”

At the time Obama suggested to Yates and Comey — who were to keep their posts under the Trump administration — that the hold-overs consider withholding information from the incoming administration, Obama knew that President Trump had named Flynn to serve as national security advisor. Obama also knew there was an ongoing FBI investigation into Flynn premised on Flynn being a Russian agent.

Yet, rather than direct his team to provide the president-elect a briefing on the Russia investigation as it related to Flynn, Obama suggested it would be appropriate to withhold such information from the Trump administration.

That is just what Comey did. The following day, Comey provided “an ostensibly similar briefing about Russian interference efforts during the 2016 campaign,” and then “[a]fter that briefing, Comey privately briefed Trump on the most salacious and absurd ‘pee tape’ allegation in the Christopher Steele dossier.”

Rice’s memo puts to bed the question about what Obama knew and when he knew it. The answers are, obviously, everything and all along.

Why do you think Comey, who admittedly might well flunk a psychological examination conducted to ascertain his competence to stand trial should he end up in John Durham’s investigative net, has been so inexplicably smug since the Robert Mueller investigation crashed and burned, leaving his own credibility in tatters?

The answer is obvious: because Comey knew all along that everything he had done was at Obama’s behest.

This isn’t different from Obama’s IRS scandal or the scandal over Hillary Clinton’s emails. All the principals involved in those scandals acted with such alacrity because they knew that Obama was every bit as dirty and was even more involved in their malfeasance than they were. Comey acted on Obama’s orders, and somehow Comey thinks that makes him untouchable because to prosecute him means prosecuting America’s first black president — and that would never happen.

Which is perhaps true. It’s clear that virtually everything about Obama’s eight years in office consisted of lies to cover up corruption and abuse — Fast and Furious, the Arab Spring, Benghazi, ISIS, the Iran deal, the IRS scandal, Hillary’s emails, Uranium One, Crossfire Hurricane. Obama, and his people, had every expectation they would turn the White House over to Hillary Clinton and the lid on their foul dealings would remain closed.

But in the event that that expectation were to somehow fail to materialize, there was, in the words of the corrupt FBI operative Peter Strzok, an “insurance policy.” We now know what that was.

In another must-read post at the Federalist, Mollie Hemingway properly casts the coverup as targeted at the two people who would be in the best position to uncover the web of lies and abuse that was Crossfire Hurricane. Michael Flynn was to be Trump’s national security adviser, and Jeff Sessions was to be his attorney general. Flynn and Sessions would be in a position to examine the abuse of the intelligence community and Justice Department, respectively, and they had to be taken out before they could. So Flynn was framed up by the FBI, and Sessions was pressured into recusing himself from any aspect of investigating matters involving Russia, and with them discredited and out of the way Trump would spend two years partially paralyzed by false accusations given life by Mueller’s partisan hack fauxvestigation — in which everyone involved knew there was no underlying crime.

It’s the greatest political scandal in American history. And it’s just getting started.

In this space we haven’t really talked about the idea of the Fourth Turning, or the Strauss–Howe generational theory of American politics, which holds that every 80 or 90 years in our history have been marked by a definable cycle which includes a crisis that leads to a redefining of what it means to live in this country. Many, including Trump’s adviser Steve Bannon, see the current period we’re living in as that crisis, or fourth turning within the Strauss–Howe cycle.

Obamagate isn’t the crisis, per se, but coupled with the Wuhan coronavirus and its economic dislocation, the related coming reorganization of the American supply chain out of China, and the collapse in American intellectual institutions from education to the news media and popular culture, the crisis is here whether you believe in the Fourth Turning or not.

And the abuses Obamagate encompasses put everything about our national politics on the table. With Obamagate, there is no longer the reasonable expectation that the Deep State, or Washington elite Americans have left largely to their own devices to regulate, legislate, and deficit-finance our lives since the Great Depression, will continue as they have. The public is now acutely aware of a two-tiered justice system that allows the political class to ignore the laws it inflicts on regular people. And the market, thanks to the virus, has been shaken out of its status quo — talk to any small or medium-sized business entrepreneur, and they’ll tell you they’re reexamining everything they’re doing in recognition their prosperity is no longer assured.

The crisis has come. It will sweep away the weak and the corrupt, and nothing will be the same once it fully washes through Washington.

And not a moment too soon. Welcome to Obamagate, and a hearty welcome it is.