by Ben Stein
The Oxford-Bellevue Ferry on the Tred Avon River at Oxford, Maryland (Acroterion/Creative Commons) 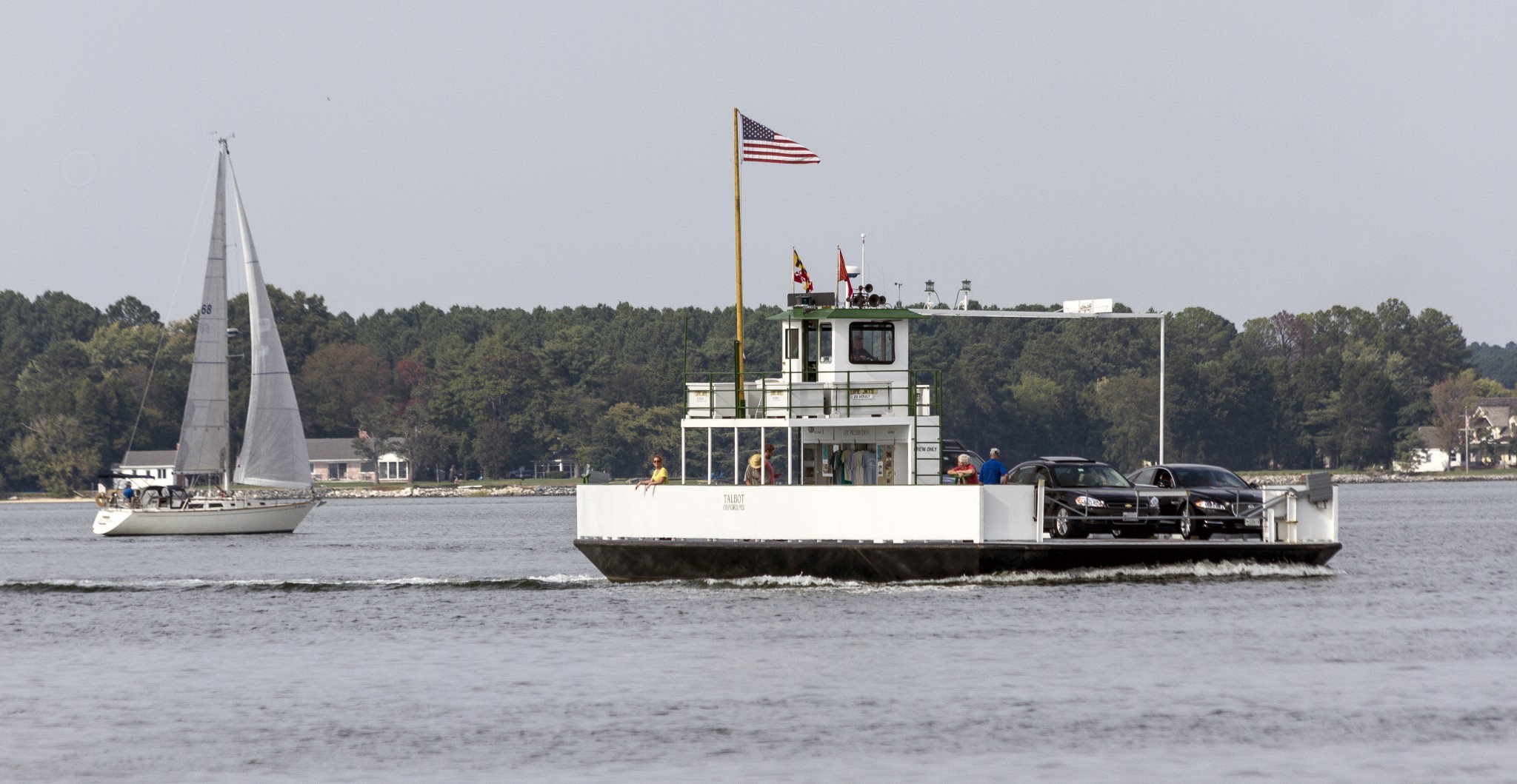 Morning at my fabulous apartment at the Watergate. It’s foggy outside. But inside it’s glorious. I’ll be selling it soon. I almost never use it. The maintenance fees are staggering. The pandemic has pretty much shut down the whirl of events that used to bring me to D.C. Even old friends from long ago don’t want to leave their homes to break bread with me. A man who has been my pal since 1956 will not leave Bethesda to see me. Only fearless brave David Scull, a major legal power in the city, is unafraid.

However, I have other plans. I’m going to my favorite small town on this earth, Oxford, Maryland, on the Eastern Sho’. It’s an awesomely cute town on the Tred Avon River just exactly where the Tred Avon intersects the Chesapeake Bay. No neons. No shopping centers. No billboards. Empty sidewalks. Awesome views of the water.

My pal Bob and my pal Mickey and my nurse for my bum knee, Jeff, and I went to a restaurant called Doc’s, right on the water. I had fabulous sashimi and watched the geese flying over the water.

Mickey comes from Vietnam. She’s been in the U.S. twenty years and loves it a lot.

She says Vietnam is totally corrupt. Every official she dealt with had to be bribed.

“Then what was the Vietnam War for?” I asked her.

“Honestly, Ben, I have no idea.” That was her reply.

After that we went to visit a super photographer. As we sat on her lawn, a swarm of mosquitoes attacked my ankles. There were so many that my ankles felt as if they were on fire immediately.

My beloved Mickey knelt at my feet and swatted them away like a magic genie.

Then a light dinner at Salter’s ending with visits from Mr. Salter. His restaurant is in the Robert Morris Inn. It’s the oldest restaurant in America.

Then back to D.C. I played Cruise Director and played dozens of great songs on my phone. How Great Thou Art. In the Garden. Rock Me on the Water. Rip It Up. Don’t Be Cruel. Gimme Shelter. Many others.

I was giddy with happiness when we got back to Foggy Bottom. We dropped off Mickey at her hotel and came to the Watergate. I plunked myself down and went back to reading Life and Fate by Vassily Grossman. Its beginning is in a Nazi POW camp for Soviet captives. It takes in the Stalin Terror and the Nazi terror and the Holocaust.

That’s what communism and dictatorship and enforced fake equality mean. It is hell. Oxford and the Eastern Sho’ and rock and roll at eighty miles per hour going over the Chesapeake Bay and sashimi. Happiness.

How can the leftists be so stupid that they don’t realize We Live in Paradise?