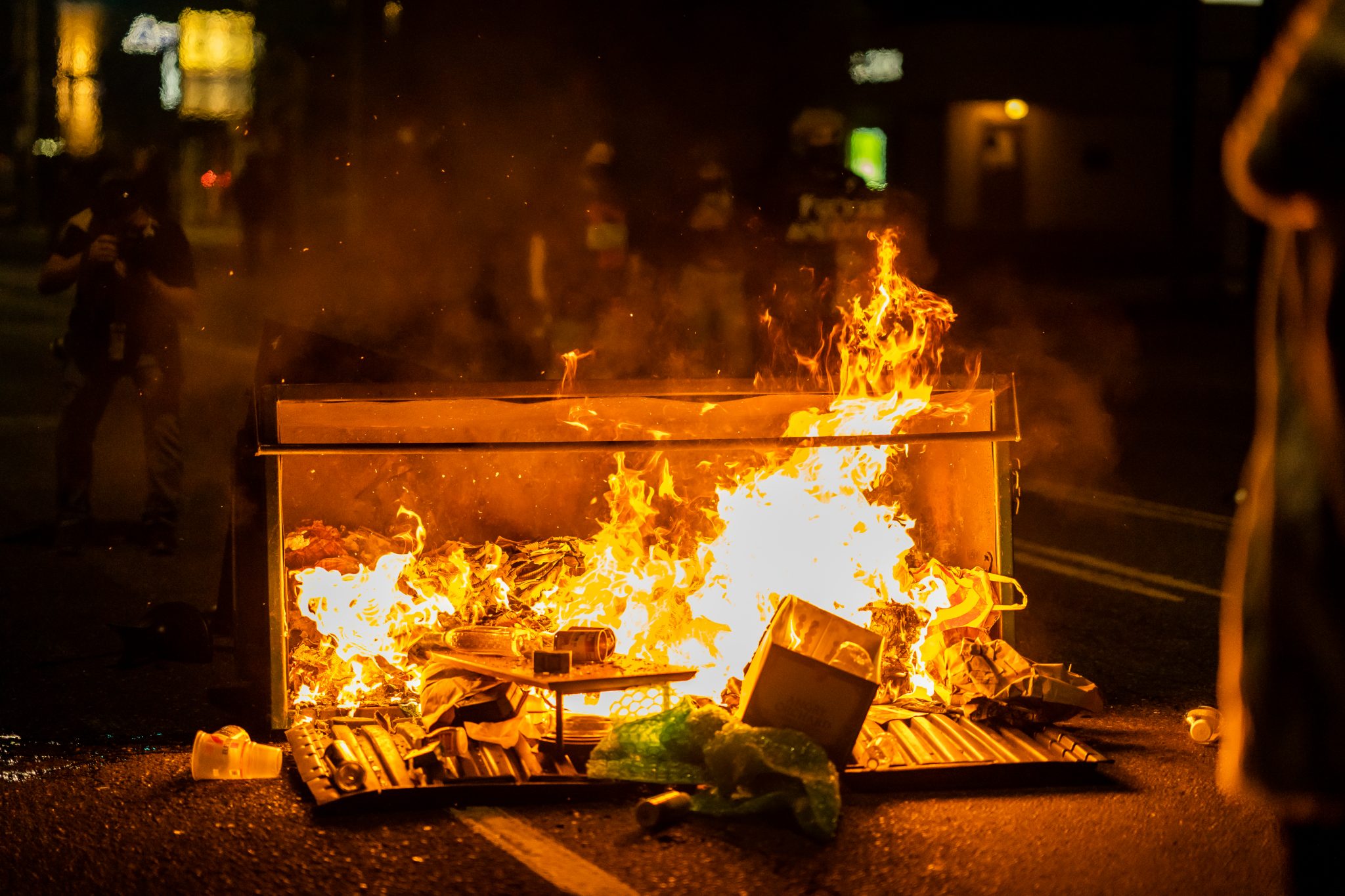 We do not know who claims victory for another two months but we already know why it happened.

Whereas sports, comedy, school curricula, library story hours, awards shows, and even restaurants become ideological instruments for Democrats, the ballot box alone acts as a safe space for Republican political expression. For one group of Americans, everything is politics; for another group of Americans, nothing, save for the voting booth, is politics.

Republicans know the bumper sticker that says “Trump 2020” to some announces “smash my windshield” to others. Lawn signs, a target of the intolerant so often in 2016 and again in 2020 that homeowners devise clever means to anchor them into the ground or for the signs to shock aspiring thieves, subconsciously though loudly promulgate a self-imposed social banishment on the homeowner. Generosity leads to bigoted crusades to boycott the businesses owned by the Trump campaign donors. Cheering for the president on social media comes at the expense of employment for a few (polling indicates liberals support the idea of termination for conservative political beliefs far more than the reverse). Even the governor of New York tells the president to bring extra bodyguards should he dare campaign in their shared hometown. This suppression creates a chilling effect so profound that a sizable number of people even refrain from revealing their support in anonymous surveys. If you value your windshield, your social standing, and your livelihood, then keep quiet.

Speech remains positively unfettered for the president’s political enemies. In addition to traditional methods such as bumper stickers and lawn signs, safe political expression for Trump opponents includes arson, looting, and assaulting police officers with rocks, frozen water bottles, and sundry debris, all of which falls under the rubric of “protest” when described by journalists. Slandering people who vocally criticize such behavior as “white supremacists” and then summarily executing them on the streets appears, at filing time, entirely lawful, at least in Portland, Oregon.

Megaphones for them, muzzles for us seems to advantage the loud over the silenced. People censor because censorship works. But it also breeds resentment in the captive, closed-mouth audience. When first they find a vehicle for their pent-up concerns, they jump at the opportunity.

Election Day becomes something akin to Purge Night. In The Purge, citizens expunge repressed emotions through a 12-hour period of state-sanctioned lawlessness. On November 3, Republicans experience their only opportunity to express their political beliefs without direct social consequence to them as individuals but nevertheless with profound consequence to the nation. The movie purge occurs in the open. The real-life purge necessarily occurs through a secret process bequeathed to Americans by Australians. Hollywood might allow people to murder and rape with impunity. But supporting Trump comes without repercussion only in the privacy of the voting booth.

Therapeutic politics leads not to healing but to the need for more catharsis. Every time a radical smashes a window, a citizen becomes radicalized — just not in the manner the radical intended. The person looking out the broken window seeks catharsis, too. Law-abiding people victimized by, or merely witnessing, the urban brat-fits do not, generally, strike back with bullets. They do so with ballots. They do so on Election Day in inspired numbers and in an intense fashion, or stay home defeated before the first ballot falls in a box, because cultural guardians mute other forms of unauthorized communication.

Comes the reckoning. Whose?