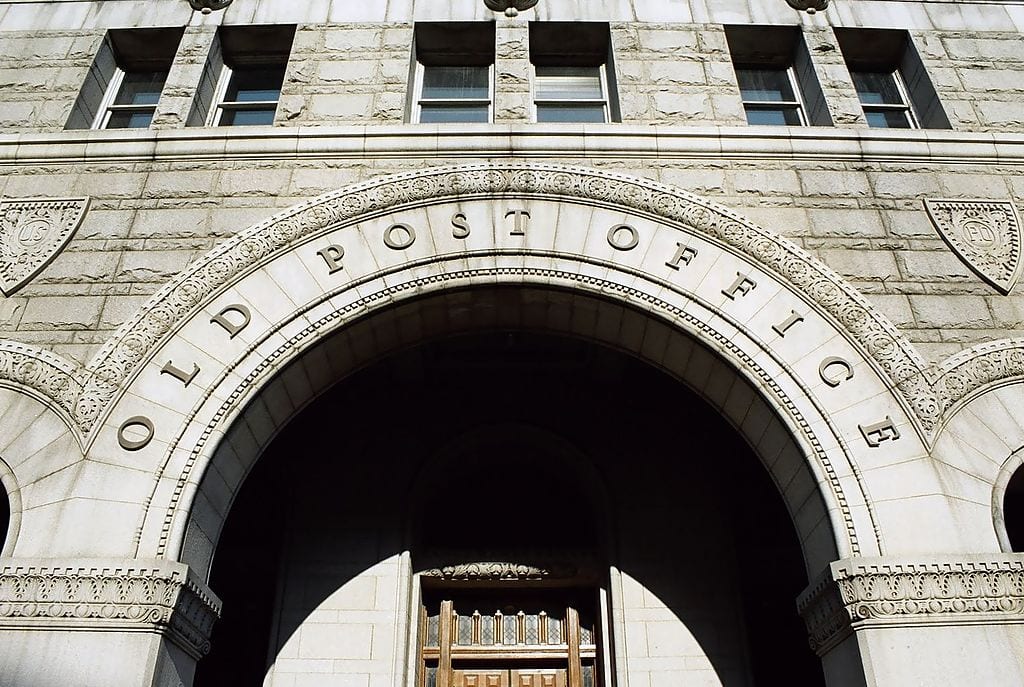 Each year, the federal government spends tens of billions of dollars maintaining thousands of buildings. Billions of dollars are spent annually on facilities that are vacant and hundreds of empty buildings rot after years of neglect. This led intrepid investigator Mark Hyman to examine what was happening. — Ed.

A large part of the discrepancy in the number of buildings owned and leased is due to who is doing the counting and how each agency identifies its buildings’ status. Tasked with keeping count of non-DoD and Intelligence agency properties, the Federal Real Property Council collates agencies’ building totals with each facility identified as either utilized, underutilized, or unutilized. Every agency has the freedom to define each of those terms.

According to Lori Rectanus of the Government Accountability Office, it’s not surprising there is little consistency or accountability on how agencies report the numbers and status of their properties. “Whenever you have something that purports to be a governmentwide database, but you have many different people reporting and defining things differently, you’re going to probably argue about what is the ultimate number,” Rectanus told us.

The problem was even worse 15 years ago. Until President George W. Bush issued an executive order in 2004, no one had a clue how many buildings were owned and leased by Uncle Sam. Bush’s executive order directed every federal agency to report its holdings annually. There have been hiccups along the way in executing the order.

But even when agencies do report, major details can be wildly inaccurate, as we learned when we took a walk with Leslie Paige of Citizens Against Government Waste only blocks from the U.S. Capitol. We stood in front of a 350,000-square-foot, five-story warehouse, vacant since 2005, which federal officials called an office building, and asked Paige how they could get it so wrong. “Oh, my goodness, are you kidding me?,” she replied. “How can they get it so wrong? This is more the pattern than the exception.”

Each agency uses its own criteria regarding what constitutes in-use, underutilized, and vacant. The General Services Administration will report an empty building as occupied if it doesn’t have a plan in place to dispose of it. The Department of Energy considers 2-percent filled as in-use and underutilized. We scoured the federal database of government facilities and found vacant buildings listed as being used and occupied buildings reported as empty.

After a federal building does become vacant, it can take years or even decades before something is done with it. Sometimes the feds spend money on security patrols and mowing area lawns to give the illusion of use. Other times, the buildings are abandoned to the elements.

This is what took us to Knoxville, Iowa, a town of about 7,000 residents. This quaint community in the heartland of America has lost about 1,000 residents in the past two decades. Today, its biggest attractions are the Knoxville Raceway and the National Sprint Car Hall of Fame and Museum.

Twenty years ago, our nation’s wounded warriors were also a large draw. Adjacent to Knoxville is a sprawling 160-acre complex housing a century-old Veterans Administration hospital with 39 buildings. The VA began shuttering the hospital in 2004. The retired hospital complex could have had many uses. At least two colleges expressed interest in the property. The industrial kitchen, offices, meeting rooms, and hospital rooms that could be converted to dormitories made it nearly a turnkey operation as a college campus. Instead of acting on the opportunity, the federal government dithered for a decade and a half.

In spite of the neatly manicured lawns, neglect over the past 15 years has taken its toll. When we visited the hospital in October, we found roofs with holes and standing water in places.

After years of indecision, the Veterans Administration finally turned over the complex to the General Services Administration. The GSA is expected to soon abandon the property to the City of Knoxville.

It’s understood the complex is no longer salvageable and all 39 buildings must be razed if the city is to make use of the 160-acre property. Making matters worse, it will cost Knoxville taxpayers as much as $10 million to conduct the demolition, cleanup, and disposal. Knoxville’s operating budget for 2019 is $15 million.

The problem isn’t just government-owned property. The amount of space leased by federal agencies has been steadily increasing over the past three decades. And how they manage those leases is problematic. Agencies often execute short-term leases that avoid triggering certain spending restrictions and then conduct frequent renewals. This boosts the cost of building leases.

In 2010, the Congressional Resource Service reported there were nearly 78,000 vacant and underutilized government buildings. Five years later, that number dropped by over 90 percent as without evidence 70,000 buildings were disposed of. As Paige told us, “Suddenly, magically, thousands of properties just disappear off the database.”

There are several likely reasons for the near-miraculous drop in vacant and underutilized buildings. One critical reason is the federal government has protocols to follow in order to dispose of a building. But that takes a lot more time, effort, and expense than reporting a vacant building as being occupied. It’s much easier to lock the doors and forget about it.

In rare cases, some buildings slated for disposal pose special challenges, such as the Bellefonte Nuclear Plant in Alabama. It can only be sold to a licensed operator. So the plant will remain closed until a qualified buyer is found.

Mark Hyman is the Emmy award-winning national investigative journalist for Sinclair Broadcast Group. He is the author of the just-released book Washington Babylon: From George Washington to Donald Trump, Scandals that Rocked the Nation.