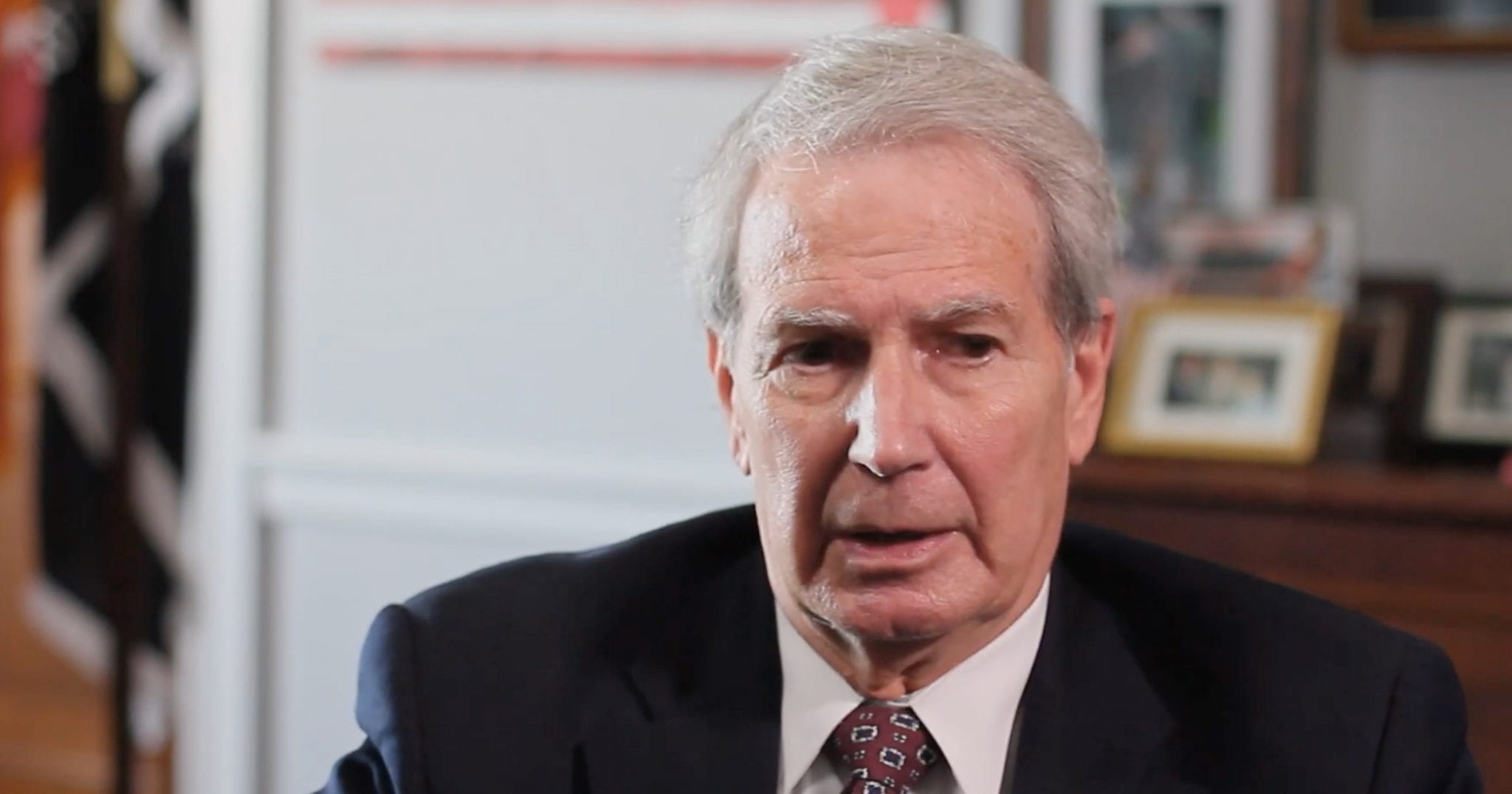 North Carolina State University’s Harrelson Hall, a cylindrical, UFO-looking building at alma mater featuring a winding, spiral ramp leading students to windowless classrooms, jars as an oddity. At best, the math classes taught in that building induced marathon study sessions. At worst, it was a place where many a first-year engineering student’s hopes were dashed on the unforgiving rocks of calculus and differential equations. It’s strange then that my most vivid memory of the place is of an unexpected moment of hope. That moment came courtesy of the late Congressman Walter Jones.

College campuses are not filled with conservatives. An even more exotic find in November 2004: college conservatives opposed to the Iraq War. The fact that leading antiwar conservatives had made at least a temporary peace with Bush Republicanism enhanced the isolation.

Unlike the fate President Bush’s father met in 1992, the 2004 election proved to be the high watermark of Bush Republicanism. The GOP kept the White House and added seats to its majority in the House and Senate. The night after the election, I made my way up that winding ramp in Harrelson Hall to listen to Walter Jones speak to the NC State College Republicans. I expected cheerleading, particularly on the American people’s approval of the Iraq War. After all, Jones led an effort to have French fries renamed “freedom fries” in the House cafeteria.

The evening went in an unexpected direction. The Iraq War aside, many within the GOP went along with the Bush Administration’s expansion of the federal government. But Jones, during his talk, raised concerns about the national debt. He told us that with control of the White House and Congress, the GOP needed to promote small government and reduce the deficit. He argued for the elimination of the Department of Education. When a Pell Grant recipient asked Jones if he would do away with that program, Jones didn’t dodge the question. That program is not a proper of function of the federal government, he explained with characteristic grace.

Then the Iraq War came up. There were no “mission accomplished” bromides. Jones somberly talked about the human toll the war had exacted on families within his rural, eastern North Carolina district. You could tell from Jones’ tone and body language that he empathized with their grief and that he was struggling to reconcile that with his support for the war. Less than a year later, Jones famously reversed course on the Iraq War. His about-face on Iraq and subsequent support for a non-interventionist foreign policy came as a surprise to some. Those of us who heard him speak that night in November 2004 could see it coming.

Jones’ position did not win him friends in the GOP. The tent big enough for read-my-lips-no-new-taxes shifts struggled to stretch itself out far enough to accommodate Jones and his conversion to antiwar Republicanism. In 2014, National Review reported on efforts to primary Jones. Bill Kristol, editor of the now-defunct Weekly Standard, told National Review he was working on a “bottom up” effort to unseat Jones. Kristol promised to give Jones’ district an “actual choice.”

Kristol’s grassroots effort did not take hold in eastern North Carolina’s soil. Jones fended off that challenge and others. Jones kept his seat until he passed away on February 10. Again, surprising until you look further. Jones was from Farmville, North Carolina. About forty miles north of Farmville is Scotland Neck, the home place of another son of the South who defied his party and president. In 1917, Claude Kitchin, a Democrat in the William Jennings Bryan mold, served as Majority Leader in the House. A declaration of war against Germany that would cause the United States to enter World War I had already passed the Senate by a 82-6 vote over the passionate objections of Wisconsin’s Robert La Follette. Faced with certain defeat, Kitchin rose on the House floor to speak out against the declaration. “I go barefooted and alone,” he said. Kitchin died in 1923 before seeing the full impact critical reappraisal of World War I had on American politics.

Jones did not pass away under the same circumstances. The Republican Party he belonged to in 2004 is not the same as Donald Trump’s GOP.

Jones’ legacy? Hope and change; a Southern gentleman; a conviction politician; a real maverick; a profile in courage. Jones’s cause, like the glimpse I got of him in Harrelson Hall that night in November 2004, endures.