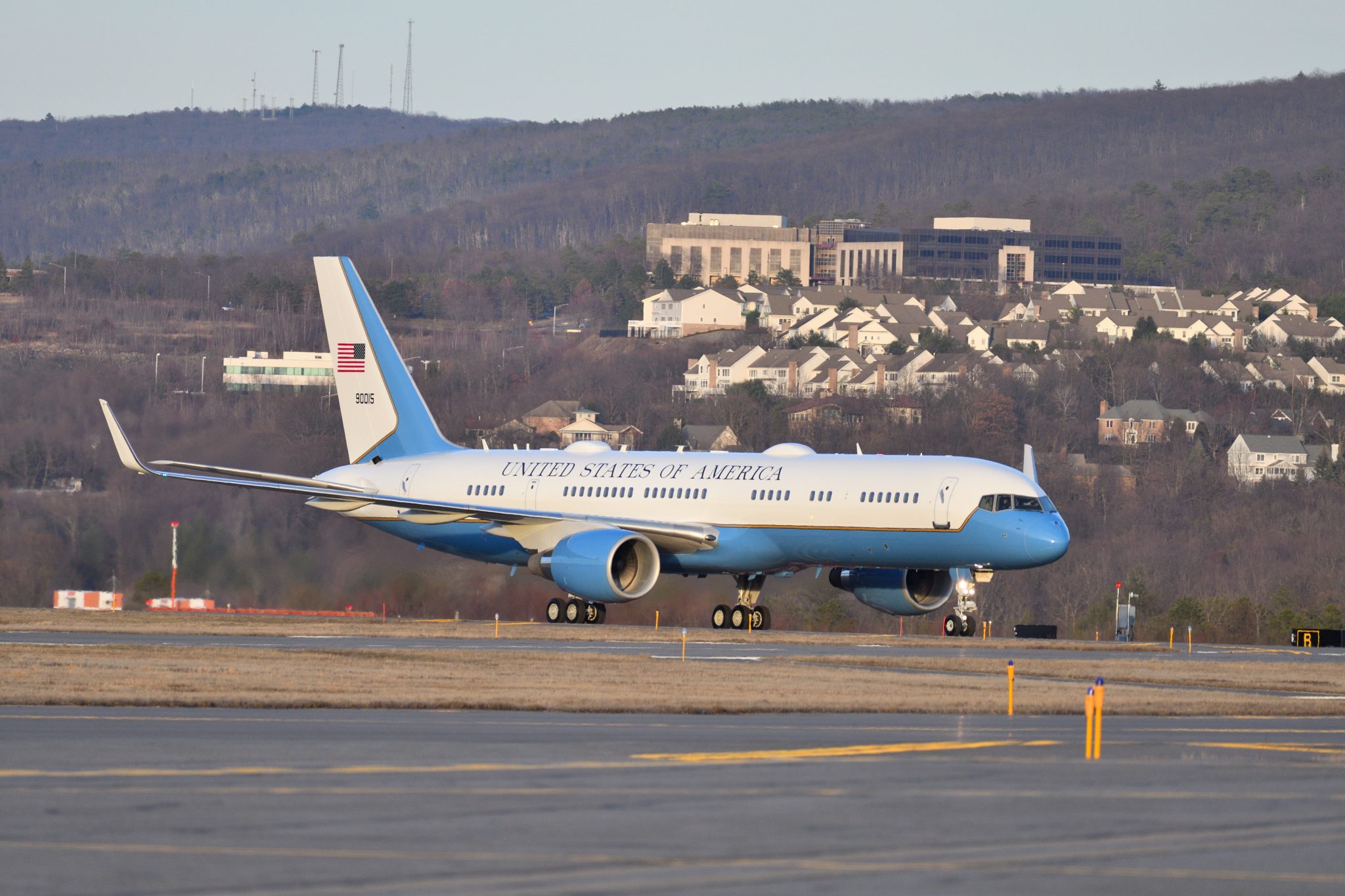 With the 2020 United States presidential election just weeks away and the campaign in a pitched battle regarding mail-in ballots, I couldn’t help but reflect on my own mayoral election in 2017. The issues of voter fraud and mail-in ballots were recently reviewed by Judge J. Nicholas Ranjan of the Western District of Pennsylvania in connection with a lawsuit brought by the Trump campaign. Judge Ranjan issued an opinion stating the Trump campaign had no standing due to a lack of evidence of actual fraud. Judge Ranjan opined as follows: “While Plaintiffs may not need to prove actual voter fraud, they must at least prove such fraud is certainly impending.”

I was the Republican candidate for mayor of the City of Scranton, Pennsylvania, in 2017 and know a thing or two about voter irregularities. That’s right, Scranton, Vice President Joseph Biden’s hometown. Scranton, once the epicenter of anthracite coal mining, is an economically challenged blue-collar city with incredibly hard-working people. The city has fallen on tough times financially primarily because of its eroding tax base and decades of mismanagement and corruption. In fact, my opponent in the 2017 election was recently sentenced to seven years in federal prison for accepting bribes while serving as mayor.

The politics of Scranton are clearly nowhere near as good as its hard-working people. Scranton has been controlled by the Democratic Party for decades while the population has dwindled from a high of 125,000 people to about 65,000 today. Voter registration in the city is lopsided: Democrats have an edge of about three to one over the Republicans. The last real Republican mayor elected in Scranton was David Wentzel in 1985. Accordingly, I knew I would face an uphill battle even before I announced my candidacy.

Nevertheless, I was undaunted, knowing I had a tremendous amount of Democratic support. Unchallenged in the primary, I was able to focus my efforts on my Democratic opponent’s lackluster record and the general election. Our campaign team was second to none and worked tirelessly from the day of our announcement in February right through election day, November 7, 2017. Our internal polling in the summer months of 2017 had us slightly behind, but gaining ground fast. By September our polls reflected a dead heat. This was evident from the number of people attending our rallies and yard signs popping up in the front lawns of traditionally Democrat voters. My opponent must have realized that his campaign was in trouble and started airing negative ads.

In mid-October, the Republican Party of Lackawanna County, Pennsylvania, received information regarding the delivery of 112 absentee ballot applications from a paid campaign operative of my opponent. Several days later the Republican Party was told that the same campaign operative delivered another 43 absentee ballot applications. While requests for absentee ballots are not unusual, the requests herein were suspect because they came from two precincts within the city and were all delivered by the same paid worker of my opponent.

A majority of the 155 applicants had the last name Patel and lived in the same housing complex. An analysis of the 155 applications reflected that 154 of the applicants would be out of the city on election day. That too was suspect. The reasons stated on the applications for being out of the municipality on election day ranged from going to a wedding, going to a birthday, and one applicant claiming an emergency. Further, a large number said they did not have a ride to the polling place, while the said polling place was across the street from the housing complex in which they lived. What was even more alarming is that most of the absentee applications appeared to reflect the same handwriting.

The county Republican Party was extremely concerned at this time and filed a complaint with the Lackawanna County Board of elections on October 31, 2017. It also hired an investigator who uncovered that the paid operative who had harvested the absentee applications was a felon. The investigator also uncovered how the voting scheme was going to work. My opponent’s paid operative and a member of the Scranton Indian Community assembled over 100 members of the Indian community at a temple and had these unsuspecting individuals sign off on absentee applications that had already been filled out for them.

The investigation also revealed that once individual applicants received the actual absentee ballots, they were to reach out to the operative or his contact within the Indian community to deliver their ballot to the temple. One absentee applicant told the investigator that he and his wife were to give the actual blank ballot to one of the two organizers of the scheme and that they wouldn’t have to go to the poll to vote. The complaint by the Republican Party with the Board of Elections must have been enough to stop the scheme in its tracks. Only nine of the 155 absentee ballot applicants actually voted by sending in their ballots.

Although we were able to derail the first scheme, my opponent and his campaign operatives were determined to take advantage of this unsuspecting minority group and therefore hatched plan B — Operation Assistance. Since the majority of the absentee applicants lived in public housing directly across the street from Scranton 9-1 and 9-2 voting precincts, my opponent had his campaign workers “knock and drag” these people to the polls. Once inside the polling place, the innocent voter was greeted by a Watcher who spoke to the individual in their native dialect and told them to request assistance.

Operation Assistance entailed having designated poll watchers fluent in the Indian dialects stationed inside the voting precincts where large numbers of electors who were members of the Indian community lived and voted. The voters were then escorted by my opponent’s campaign workers and handed over to the poll watcher inside the voting precinct like a relay baton. Once voters were in the precinct, the Watcher would approach the electors before they signed in to vote, speak to them in their Indian dialect, and tell them to ask for assistance. Watchers/operatives would then volunteer to provide assistance and would enter the polling booth with the elector and literally vote for the person or point to the ballot as to whom to vote for. After receiving numerous complaints, the Judge of Elections for these particular precincts admonished the watchers to stop pointing and touching the elector’s ballot. But it did no good. This intimidating and unscrupulous practice continued until the polls closed at 8:00 p.m.

A review of the election results for the precincts identified in this article clearly showed an anomaly in the votes cast. The votes cast for the office of mayor approximated the total number of voters who cast ballots. Conversely, the votes cast in the same precincts for other offices on the ballot were, in most instances, less than 10 percent to 40 percent of the total ballots cast. This was consistent with the scheme: the incumbent mayor and his campaign workers who provided assistance to the members of the Indian community provided the elector with a political handout containing the names and offices of three candidates only. This campaign handout, which was prepared specifically for Indian voters, was used to show the elector how to vote for only three candidates — my opponent being one of the three. This would account for the higher percentage votes being cast for the mayor despite there being other races on the ballot.

To determine the validity of this theory we requested and were given access to the individual and paper ballots after the election was certified. A count of the individual ballots identified the number of ballots where electors only cast ballots for the three candidates whose names were on the crib sheets. The number of ballots in the two precincts mentioned herein totaled 143. To determine if this same pattern existed in other precincts, we analyzed several precincts throughout the city. Out of the seven precincts sampled, only seven voters voted for only three candidates.

In the end I lost the election by a mere 515 votes out of 14,831 votes cast despite these clear voting irregularities. The point of this article, however, is to show that voter fraud does exist and will continue until our elected officials get serious about placing safeguards on the process. Pennsylvania’s Democrat Attorney General, Josh Shapiro, weighed in on the recent decision by Judge Ranjan and told the Associated Press, “It’s important to note they didn’t even need to prove actual voter fraud, just that it was likely or impending and they couldn’t even do that.” Maybe the attorney general should take a look at my file and Scranton in particular.