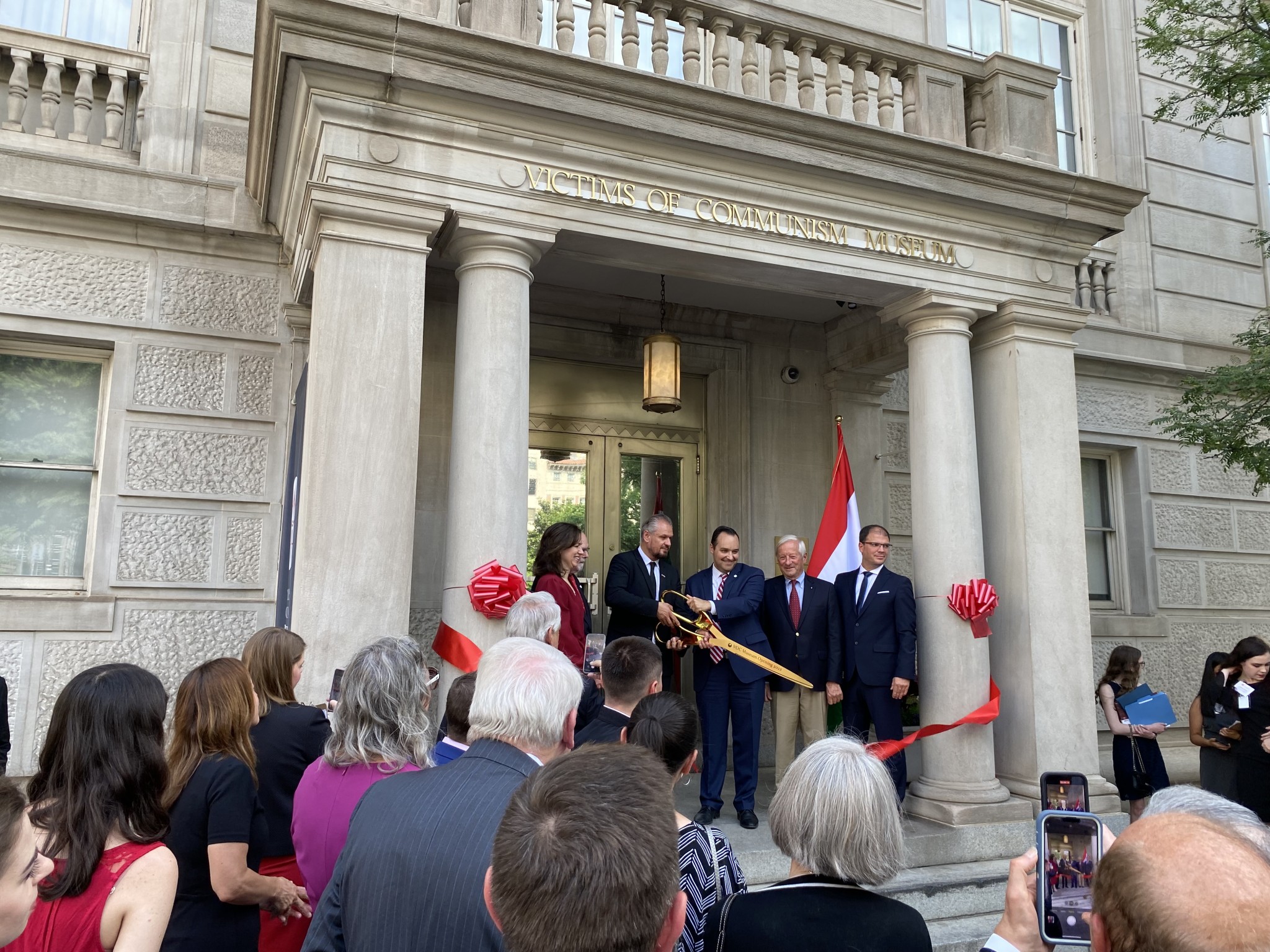 A museum honoring those who died at the hands of communist regimes opened in downtown Washington, D.C., on Thursday. Officially called the Victims of Communism Museum, it seeks to educate the public on the Marxist ideology which was responsible for 100 million deaths in the 20th century as well as honor those who still live under communist regimes in China, Cuba, North Korea, and other countries. Located at the old United Mine Workers of America building on 15th Street, the museum is merely two blocks from the White House in the heart of the nation’s capital. Built in 1912, it is directly across the street from McPherson Square.

The museum is run by the Victims of Communism Memorial Foundation, a nonprofit human rights organization that focuses on education, research, and commemorating those who died at the hands of communist governments. Established by a unanimous act of Congress and signed into law by President Bill Clinton in 1993, the foundation “envisions a world free from the false hope of Marxism and safe from the tyranny of communism.” The Victims of Communism Memorial Foundation also maintains a statue two blocks from Union Station in Washington, D.C., that was dedicated by President George W. Bush in 2007.

At the ceremony on Thursday, Father Andriy Chornopyski of the Ukrainian National Shrine of the Holy Family led an invocation prayer for the museum. Over the din of urban traffic, he spoke to a throng of people that extended into 15th Street’s bike lane. Chornopyski praised the museum for its efforts to preserve the memories of those who died under communism, and called on listeners to pray for those who still live under communist regimes and have nobody to pray for them. 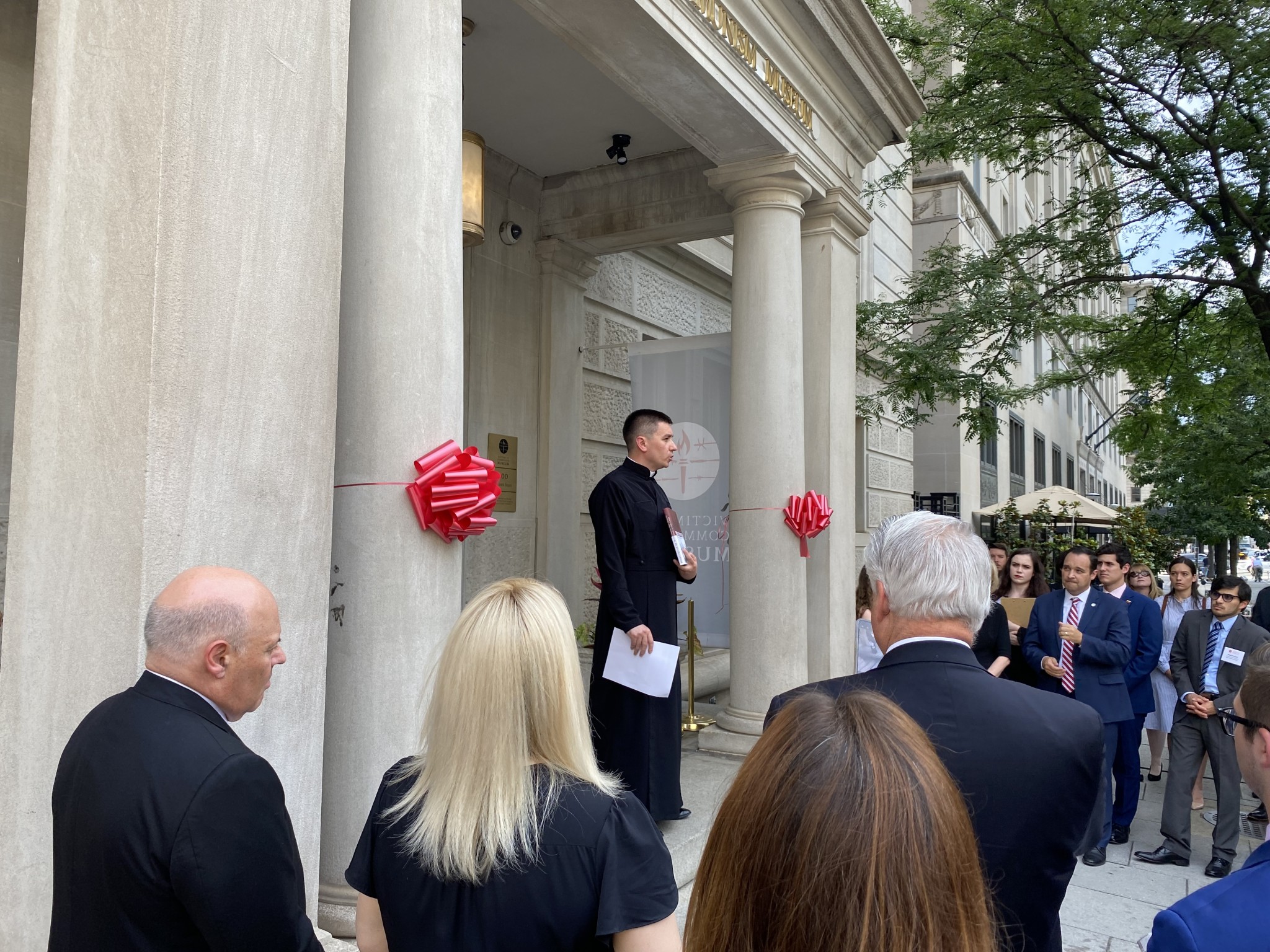 Following Chornopyski’s address, there was a ribbon-cutting ceremony with officials from the Victims of Communism Board, the Polish National Foundation, and the government of Hungary, with the latter two countries having suffered greatly under Soviet domination after the Second World War.

The museum is divided into several exhibits. The first covers the initial theories of Karl Marx and Friedrich Engels, the Russian Revolution, and the Soviet Union under Vladimir Lenin. The second illuminates Lenin’s successor, Soviet dictator Joesph Stalin, and the purges, mass murder, and the massive “Gulag” system of forced labor and concentration camps that characterized the Soviet system. The third shows the expansion of communism into the Third World, as well as the collapse of the Soviet Union and many of its satellite states. The museum also features dissidents and victims who risked, and in many cases gave, their lives to stand for freedom. 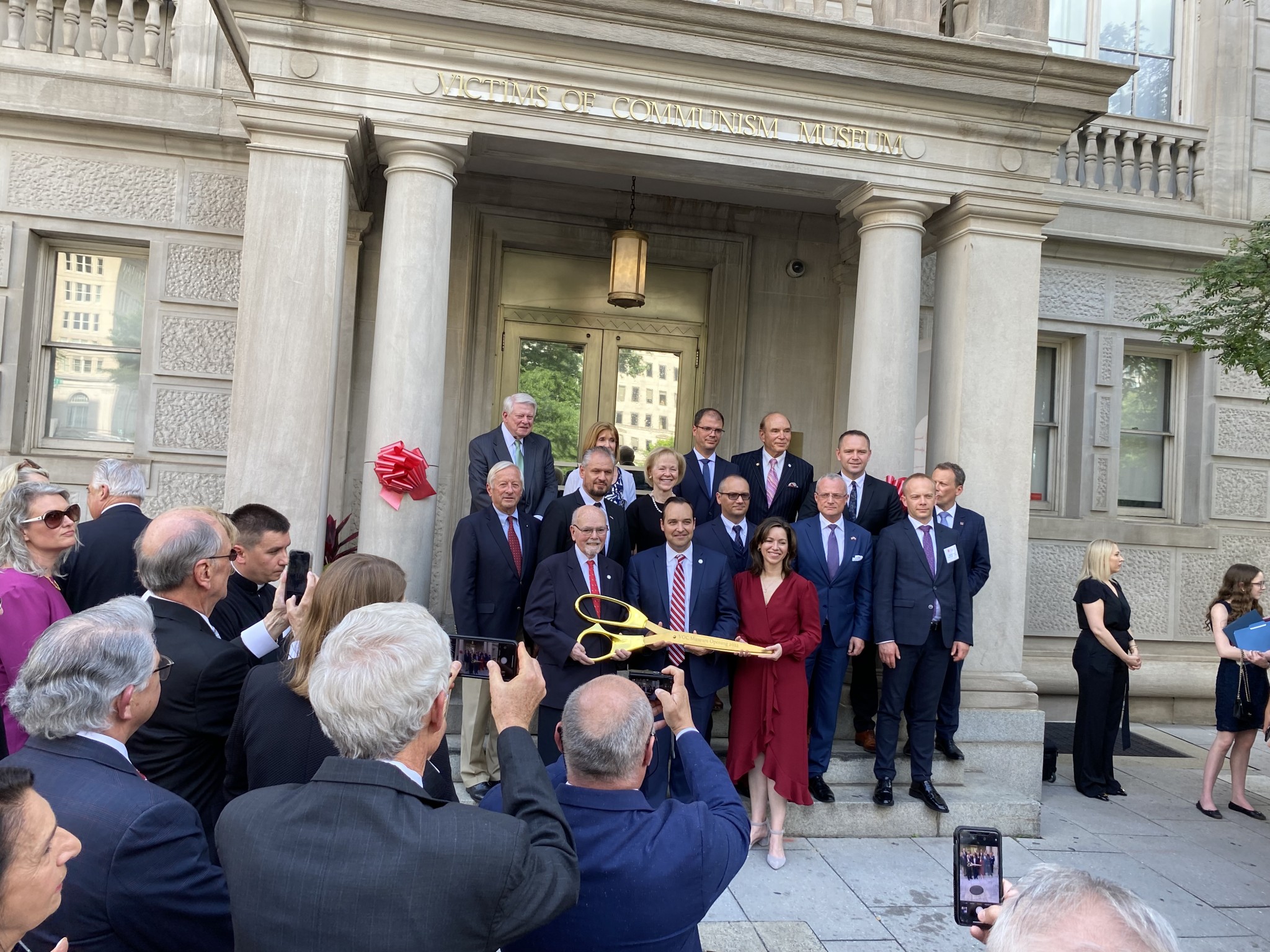 The Victims of Communism board poses for a photo. (Stephan Kapustka/The American Spectator)

In an interview with the Washington Times, the foundation’s president and CEO, Andrew Bremberg, said that the museum was necessary because of the proliferation and popularity of communist ideas among younger Americans. “The problem is that today, many young people just have no idea who Joseph Stalin was or who Mao Zedong was, and they were the greatest mass murderers of the 20th century,” he told the Washington Times. A 2019 poll by YouGov found that one-third of American millennials have a favorable view of communism. Bremberg continued that “[f]or most Americans growing up, anyone younger than me has no memory or experience of the Berlin Wall falling. That’s concerning because they haven’t learned about it. That’s why we see more Americans interested in communism who think ‘it just hasn’t been tried right’ yet.”

As debates around school curricula have become more intense across the country, several states have begun to consider requiring that schools teach about communist atrocities. For example, Florida Gov. Ron DeSantis signed a bill in May to establish a “Victims of Communism Day” and require 45 minutes of instruction about communism to go along with it. Nationally, Republicans in the U.S. House of Representatives have proposed legislation that “builds a curriculum and provides materials through the Victims of Communism Memorial Foundation for states and local educators to use,” according to Rep. Maria Elvira Salazar of Florida.

The museum will officially be available to the public on Monday, June 13. Tickets are available online free of charge.