California Watch,Top Story Gun control,Politics,Vaping Vaping: Why Wait for the Evidence? - The American Spectator | USA News and Politics
Menu
California Watch
Vaping: Why Wait for the Evidence?
After a rash of lung illnesses, lawmakers are banning vaping products that might not have anything to do with the problem. It’s reminiscent of the push for gun control. 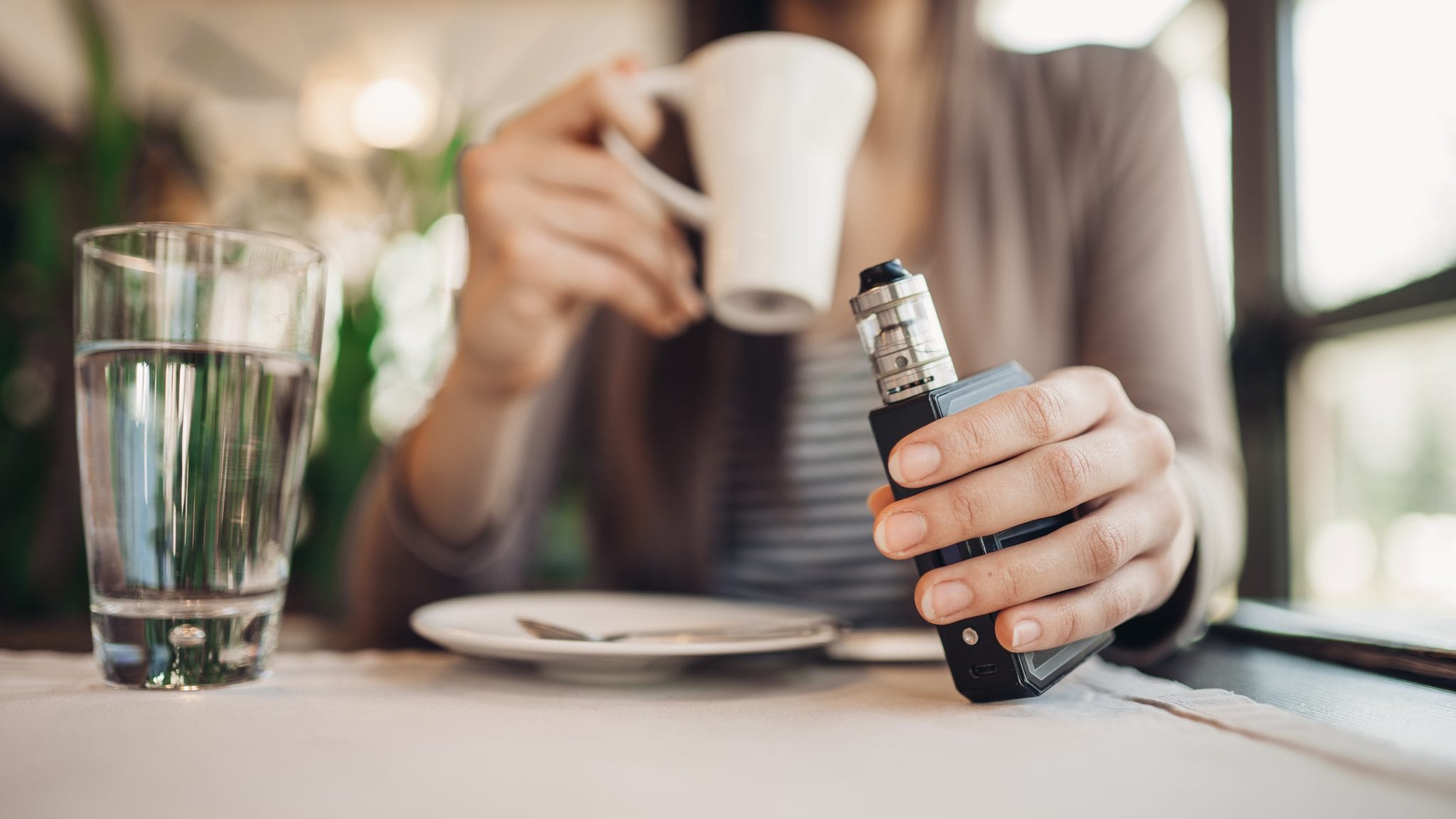 Underage drinking remains a nationwide problem, but there’s one approach that policymakers never consider: banning the sale of most types of alcoholic beverages to adults to keep it out of the hands of youth. That’s true even though virtually all liquor that underage people consume was originally sold at retail businesses. They typically get booze from older friends and siblings, who buy it legally.

Lawmakers never propose that “solution” because it’s wrong to punish all adults for the actions of a small number of them who provide liquor to teens. Some products — alcohol, tobacco, and guns, to name a few — are meant for adults only. Our society can never completely keep such things out of the hands of underage people who want them, but the sensible approach is to enforce laws that ban their sale to and possession by youngsters.

When it comes to vaping products, however, such good sense often is ignored. Various cities, especially in liberal enclaves in the San Francisco Bay Area, have passed new laws that would ban the sale of flavored nicotine products such as menthol cigarettes and flavored e-cigarette liquids. Now Michigan and New York have banned the sale of flavored vaping products — and the Trump administration is using the Food and Drug Administration to ban flavored e-cigarettes.

Those state bans are temporary and done via administrative action in the face of an outbreak of some troubling vaping-related illnesses. Federal health officials say that 380 cases in 36 states of a lung-related disorder are attributable to, or likely the result of, vaping. Seven people have died from the ailment, so it’s something health authorities should take seriously. But the cause of the ailment is still unclear, and there’s no evidence that any of this is tied to the flavoring in these products.

This is clearly a case of those who oppose vaping in general using the latest crisis as a means to create a banning frenzy. It’s reminiscent of the way that anti-gun legislators use gun-related violence to promote “emergency” policies to ban things they want to ban anyway. It’s disturbing to see President Trump, whose administration has been largely immune to hysteria-driven public-health campaigns, jump on the bandwagon.

Oddly, California officials have taken a sensible and restrained approach. Lawmakers shelved a bill that would have banned flavored tobacco products. The governor signed a law that tightens up enforcement of e-cigarette sales to teens. He also signed an executive order that “directs the Department of Public Health (CDPH) to launch a $20 million statewide digital and social media public awareness campaign to educate youth, young adults and parents about the health risks of vaping nicotine and cannabis products.”

Even stranger, the Washington Post has been a font of good sense on the lung-disease outbreak. The vast majority of the sick vape users “reported using a marijuana oil called THC in their vape pens,” wrote the Post’s Paige Winfield Cunningham. “And many people have started using illegal vape cartridges containing THC, which also contain significant amounts of vitamin E acetate.… The thought is that the vitamin E is behind the symptoms the patients have experienced.” She wrote that “marijuana is likely to blame.”

I’m not arguing for a frenzy of bans on marijuana, either, which is a generally safe product (at least as it’s smoked in joints, pipes, and bongs). Marijuana is already illegal in most of the places where these illnesses have occurred. It’s certainly foolish to ban flavored nicotine-based vaping liquids that might not have anything to do with the illnesses when something entirely different might be the cause of the epidemic.

We also don’t know if, say, the illnesses are caused by a faulty product. The medical news website MedPage Today quoted a New York health official who said, “These were long-time vapers who had recently switched to cheaper THC- or CBD- products purchased from unlicensed retailers.” So it’s possible that the epidemic is tied to black-market sales, which will become even more prevalent if commercial e-cigarettes are banned.

The matter also needs to be kept in perspective. Smoking combustible cigarettes is a dangerous habit, one likely to shave 10 years off of a smoker’s life — and lead to costly and debilitating health problems. Vaping is one of the most effective ways to help adult smokers break their deadly habit. In 2016, the Royal College of Physicians in Great Britain reported that e-cigarettes are 95 percent safer than vaping. More than half a million people die annually from tobacco-related diseases, so vaping’s potential health benefits shouldn’t be ignored.

Vaping clearly is not without its health risks, and measures need to be taken to keep them out of the hands of underage people, but e-cigarettes need to be available to help adult smokers quit a more-dangerous habit. If cigarette smokers can no longer buy vaping liquids, they may keep smoking cigarettes, which will still be available at their local convenience store.

Young people have been smoking cigarettes, drinking booze, toking marijuana, and vaping in contravention of the law since those substances have been available. The right approach is to enforce current laws and educate children about their dangers. That may not be satisfying amid calls for policymakers to “do something,” but it’s sensible. That is, unless you seriously think that banning adult sales of wine, beer, and spirits is the best way to combat underage drinking.

Steven Greenhut
Follow Their Stories:
View More
Steven Greenhut is a senior fellow and Western region director for the R Street Institute. Write to him at sgreenhut@rstreet.org. His political views are his own.
Most Popular
1
Political Hay
McConnell Gets Burned After Trying to Compromise With Democrats on Electoral Count Act
by Ali Alexander