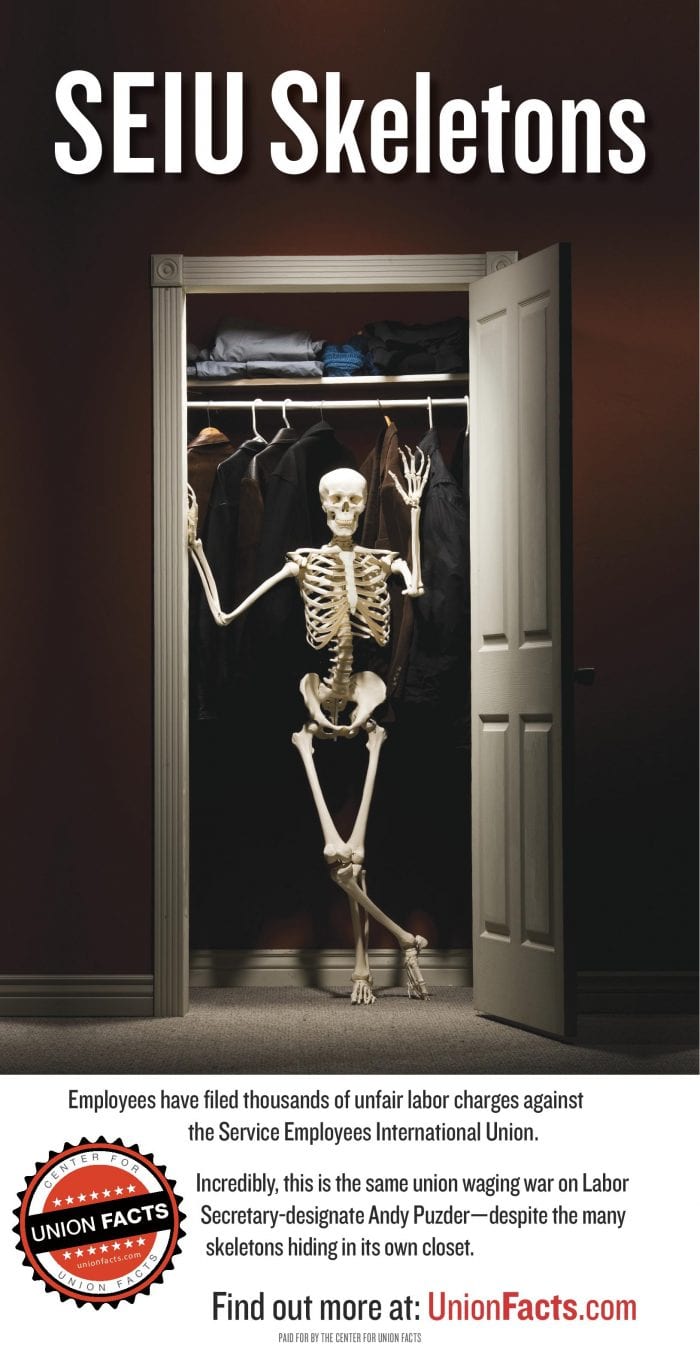 On Monday, the Service Employees International Union (SEIU), the union behind the multi-million dollar push to raise the minimum wage to $15 and unionize the fast-food industry, protested President Trump’s nominee for Secretary of Labor, Andrew Puzder.

As CEO of CKE, the parent company of fast-food chains Carl’s Jr. and Hardees, Puzder’s nomination has drawn fire from the SEIU and other activist groups.

According to SEIU organizers on Monday, Puzder’s restaurants have “a history of worker abuse, including wage theft, sexual harassment and retaliation and intimidation tactics against workers who tried to organize.”

However, in a full-page ad (below) published in The Wall Street Journal, the Center for Union Facts (CUF), a union watchdog, is highlighting the SEIU’s hypocrisy.

“The Service Employees International Union (SEIU) is waging a war on Labor Secretary-designate Andy Puzder—despite the thousands of unfair labor charges filed against the union,” according to CUF.

According to the data found on CUF’s UnionFacts.com, the SEIU has had over 30,000 charges filed against it over the years.

These charges range from union members filing charges against the union for its alleged failure to represent them to coercion.

Here is the ad CUF ran in The Wall Street Journal.