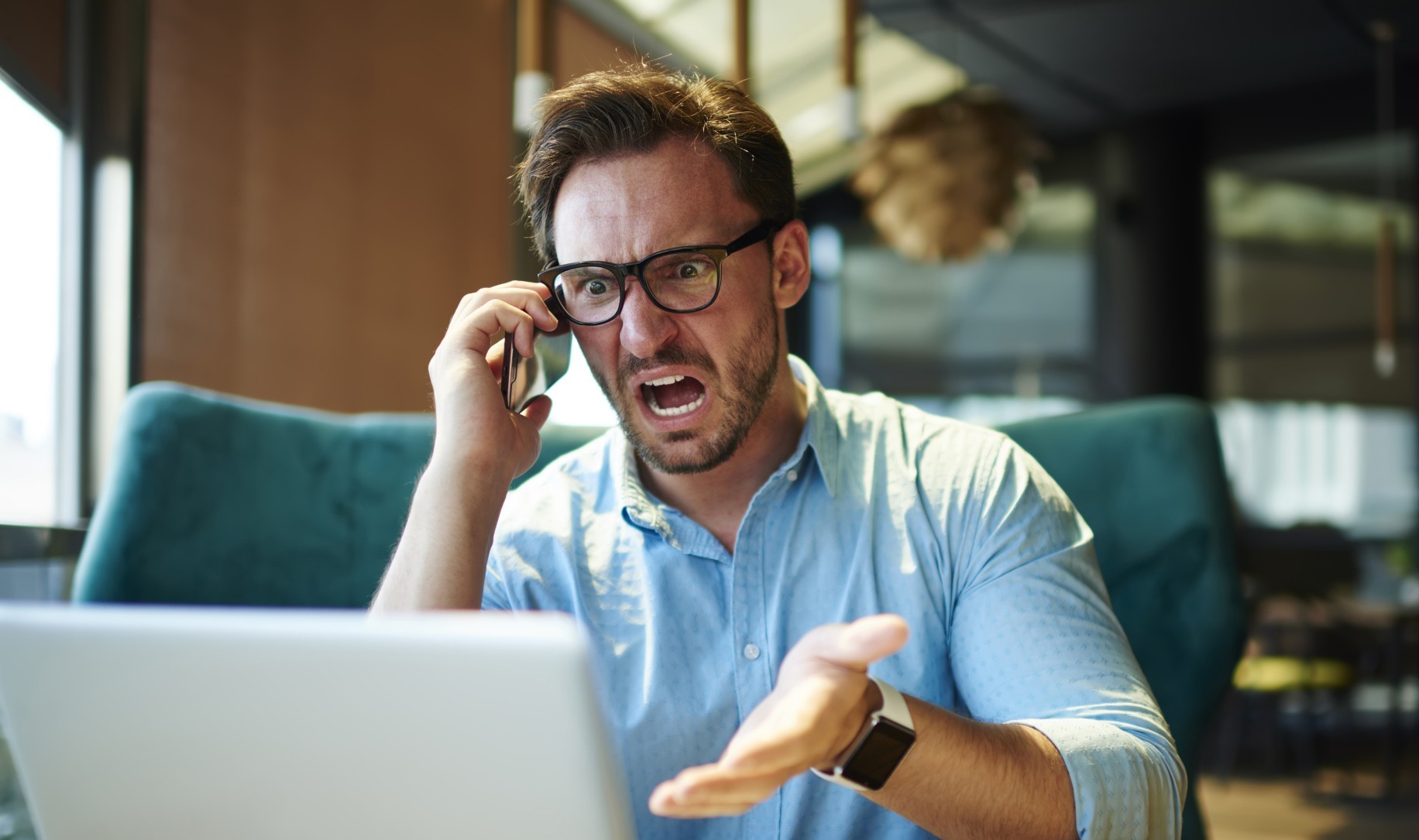 “I hope you have to watch everyone you love die of cancer you irredeemable, subhuman f**kstick.”

So wrote the winsome Stephen in response to a piece I did for a Catholic publication that detailed the death of Pennsylvania as a pro-life state.

Speaking of Pennsylvania, I don’t recall even once hearing the word “f**kstick” growing up, not even in the guys’ locker room in my hometown of Butler. And my buddies were a pretty profane bunch. It was no place for ladies or, frankly, even for prisoners. Our public school discourse wasn’t much better than prison banter. My friend Jim — a future Marine, it turned out — swore with a kind of mastered artistry. There was an almost rhythmic poetry to Jim’s deployment of the f-word. In fact, Jim was so prolific with the f-word that he could use it as a verb, adjective, and noun in the same sentence.

And yet I never heard Jim call anyone a “f**kstick.” He was evidently behind the times. Which brings me back to Stephen.

“Your position is indefensible and you deserve every bad thing that comes your way,” continued Stephen. “You disgust me in ways I cannot express. I hope the rest of your life is unbearable.”

Don’t doubt yourself, Stephen. You expressed yourself quite clearly.

I read Stephen’s email to our faithful founder of The American Spectator, the venerable R. Emmett Tyrrell, Jr. With a twinkle in his eye and look of amused curiosity, the sporting Tyrrell suggested that I fire off a return email to Stephen, one composed along these lines:

Thank you for your inspired email. I’ve produced nearly 20 books and almost half as many children — eight to be exact, the youngest of which is 8 years old, and adopted. Your message struck me, as I hastened to imagine each of them dying of a suffering cancer, one by one, as you wish. Not only them, of course, but every person I love. As I’ve reflected on your assessment, I’ve concluded that you’re correct: My position against abortion is indeed indefensible. I deserve every bad thing that comes my way. And so, I’ve decided to take my own life. I shall proceed to do so right now.

One might hope that such an email would give Stephen pause, causing him at least a measure of regret, but that seems doubtful. After all, I never received a follow-up email in which he apologized for perhaps being a little rash and instead wished for only milder cancers for me and my loved ones, with perhaps a prognosis for half-recoveries after appropriate levels of hair and weight loss and bone-aching suffering commensurate with the disgust I’ve inflicted upon humanity.

But no! Such an email from Stephen has not been forthcoming. I suppose that if I had sent that response email, Stephen might have quickly responded with Googled images of the nearest bridge for me to take a flying leap from — grasping a “f**kstick” tightly in hand on my way down. (For the record, it was the Woodrow Wilson Bridge, and the cold waters were the Potomac River.)

I mention Stephen’s dispatch because, sadly, it’s reflective of several such messages I’ve received from pro-choicers in the aftermath of the Dobbs decision, which apparently has catapulted them into higher fits of rage than usual.

Here’s another from a delightful lad named Andrew:

How dare Andrew insult my bowl haircut! I’ve worked damned hard on my hair, spending many minutes in front of the mirror with scissors, razor, and cereal bowl.

I immediately shared Andrew’s sentiment with two of my daughters and the sweet girl who cuts my hair. My daughters stood duly informed that their old man has neither produced nor added anything of value to this world — apparently, them included. They cried. As for the hairdresser, she cried, too.

How cruel, Andrew. You are downright mean.

I could go on and on with such progressive well-wishers. Here’s a gem from a young lady expressing disapproval with the last conference that our Institute for Faith & Freedom held at Grove City College: “I find what you people are doing to our freedoms and our world deplorable and disgusting. You call yourselves followers of Christ but you are followers of hatred and hypocrisy…. F**k off and go to hell. I hope your conference burns to the ground.”

F-word-laden desires for death seem a common thread among liberals.

I must also here share the example of the young man in the BMW who tried to run me off the road upon glimpsing the “Choose Life” bumper sticker on our family minivan. I had to lock up my brakes. After that, the compassionate liberal repeatedly slowed down to keep me from passing until I had to practically do a “Starsky & Hutch” to ditch him.

Again, I could go on. The malicious threats are easy to retrieve from my email inbox. I merely go to the search function and type in “F-U-C” and, bingo, there they are! Like magic. Most of them, ironically, accuse yours truly of anger and hate — as their venom and vituperation screams from the screen with such vehemence that my bowl-cut hair blows back as I read.

All of which brings me to the lesson that these and other left-wingers have taught me, namely: pro-choicers are violent people. They’re filled not only with rage but also a desire for your death.

Then again, I suppose that’s no surprise coming from people fighting to abort unborn babies deep into the third trimester in all 50 states.