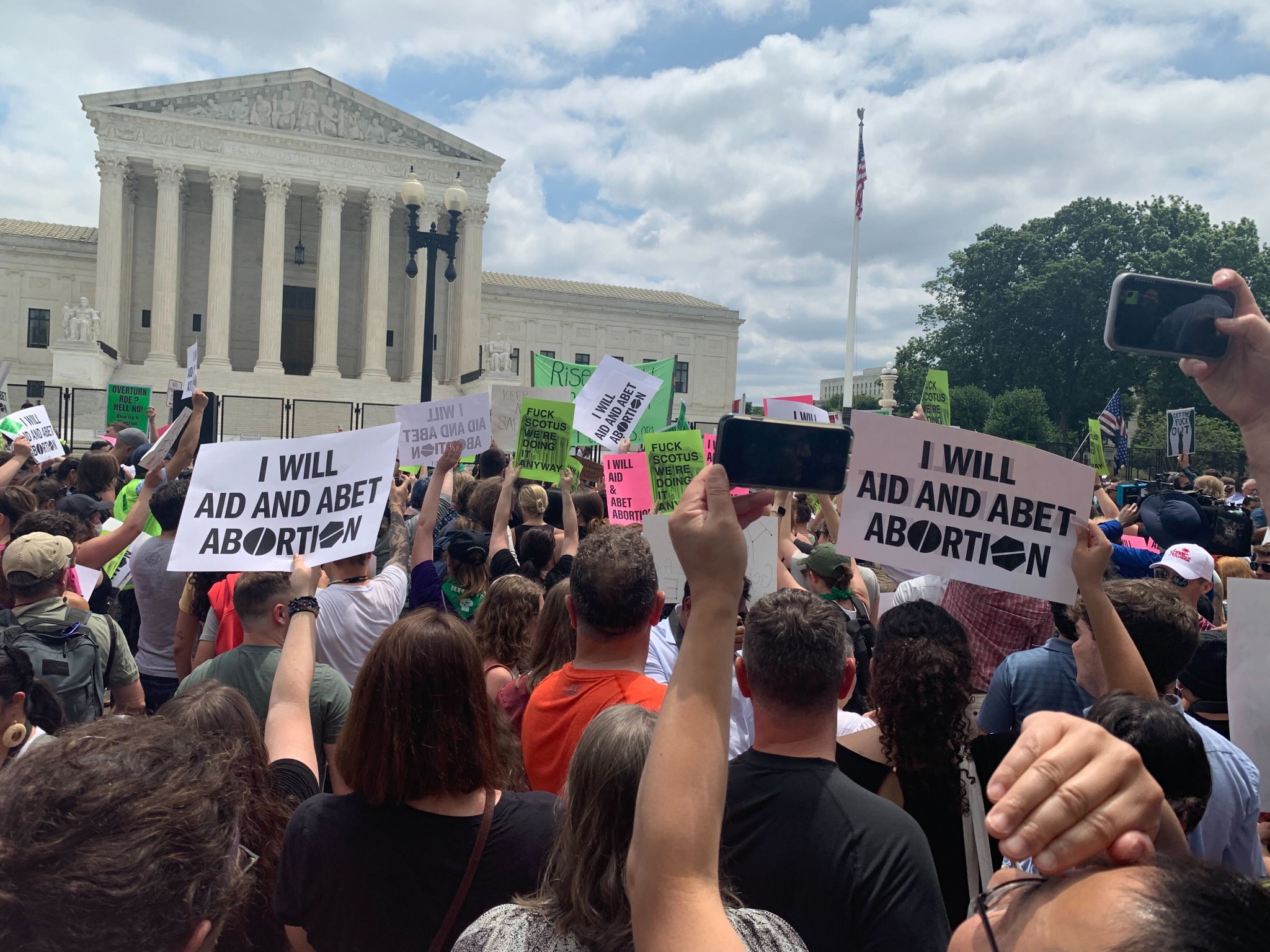 Protestors outside the Supreme Court reacted with both overwhelming anger and joyous celebration to the court’s decision in Dobbs v. Jackson Women’s Health Organization, which found there is no constitutional right to abortion, overturning the decisions in Roe v. Wade and Planned Parenthood v. Casey.

Both pro- and anti-abortion protestors contributed to a crowd stretching far into First Street, which runs between the Supreme Court and the Capitol Building. The vast majority of the demonstrators were there in opposition to the court’s decision in Dobbs. Many, echoing some prominent Democratic figures, chanted that the court is illegitimate and its decision should be disregarded. Others held signs expressing support for abortion and disparaging the court’s conservative justices. 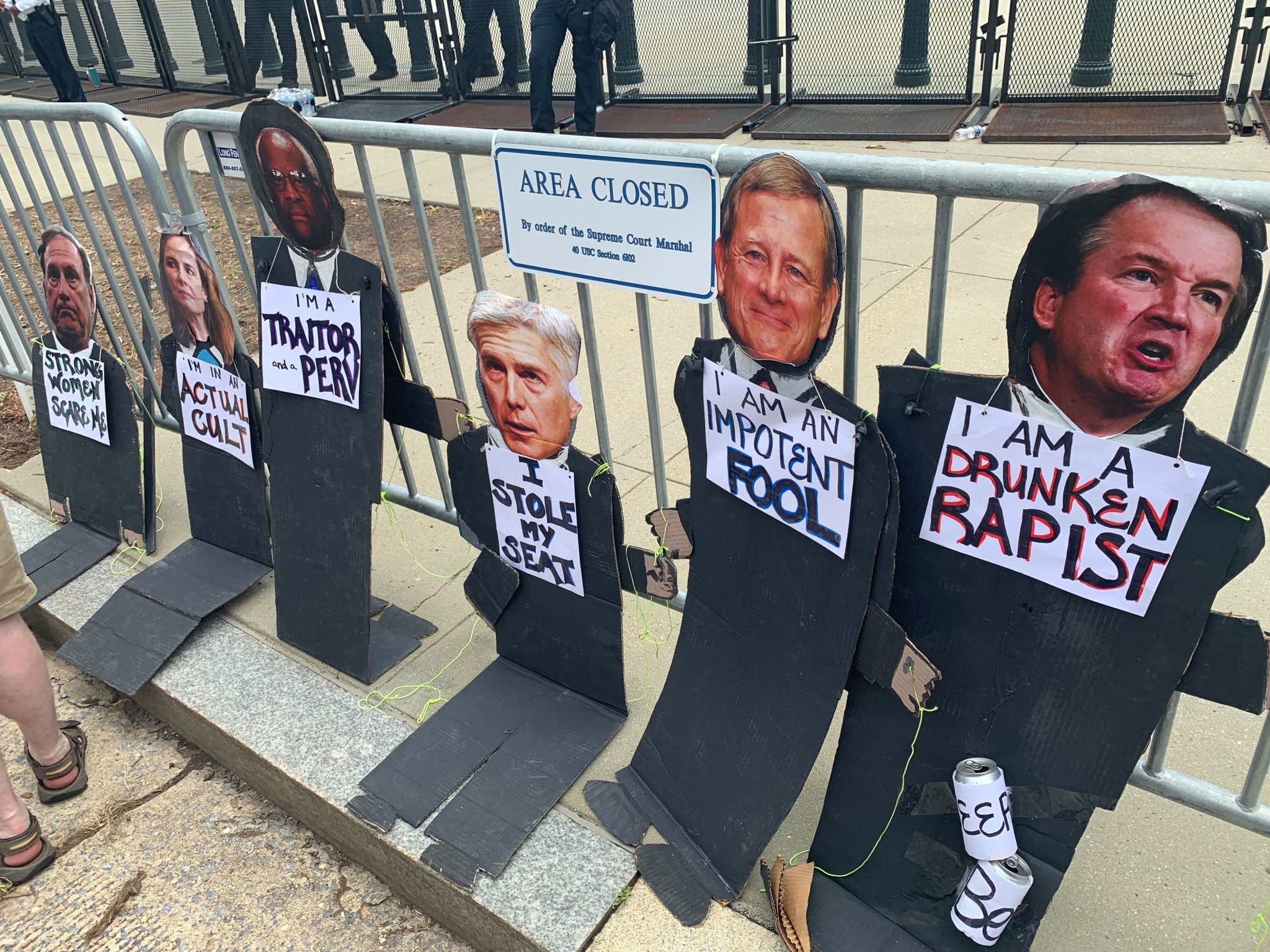 The atmosphere in front of the court was fluid and uneasy, although the discord has not yet broken out into violence. President Joe Biden, in his speech condemning the court’s decision, urged protestors to be peaceful and abstain from intimidation or violence. Members of Congress, including Reps. Marjorie Taylor Greene and Alexandria Ocasio-Cortez, joined the crowd and addressed demonstrators. Ocasio-Cortez pointedly called for Democrats to “fill the streets.” A radical group called “Jane’s Revenge” has claimed responsibility for many of the recent attacks against pregnancy assistance centers and has promised a “night of rage” in response to the decision. 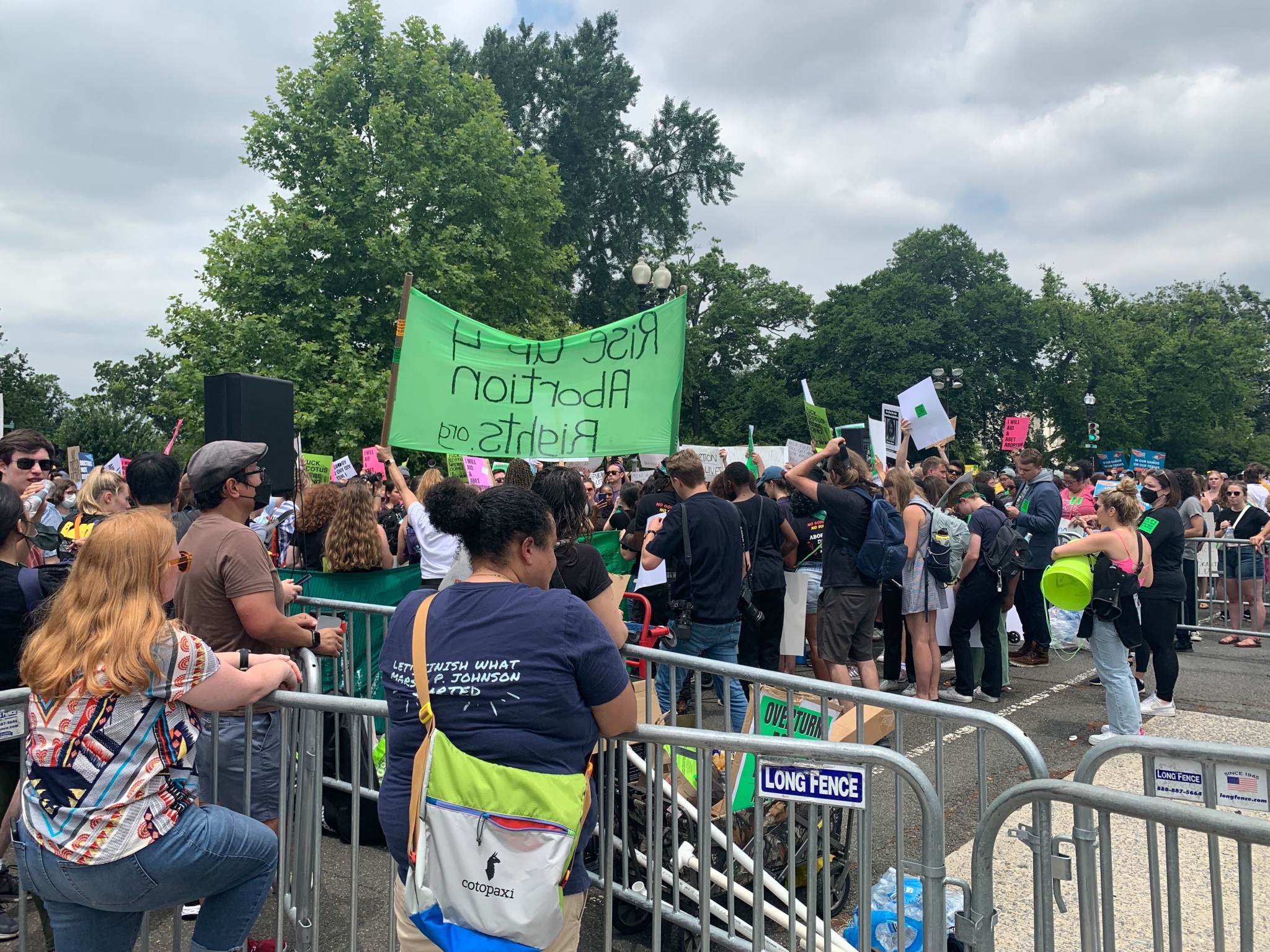 Protestors in the street in front of the Supreme Court. (Hunter Oswald/The American Spectator)

The Washington D.C. Police Department has fully mobilized to handle any possible unrest.