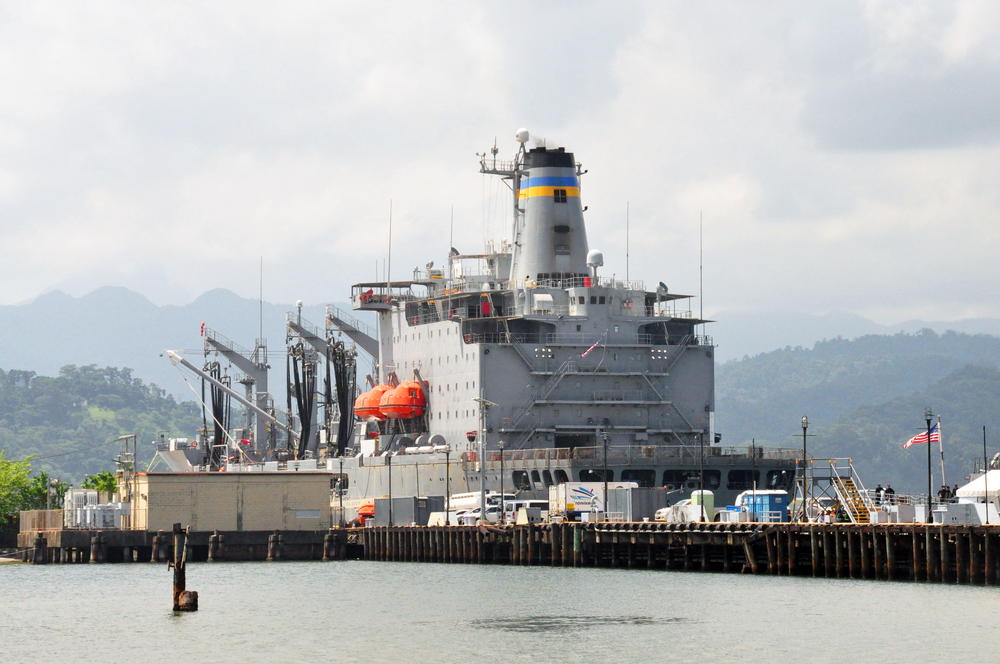 Thirty years ago, as the post–Cold War era dawned, the United States formally transferred control of the U.S. Naval Base Subic Bay to the Philippine government. The Washington Post reported on Nov. 24, 1992, that the transfer ended 94 years of U.S. military presence in the archipelago. The previous year saw American air forces depart from Clark Air Base. The United States seized the Philippines from Spain after its victory in the Spanish–American War in 1898. But with a new Cold War brewing in the western Pacific, Kyodo News reports that the U.S. Navy will likely return to Subic Bay as part of a U.S.–Philippines Enhanced Defense Cooperation Agreement.

The United States still honors the 1951 Mutual Defense Pact with the Philippines, and relations between the two countries, which worsened during the presidency of Rodrigo Duterte, have since improved after Ferdinand Marcos Jr. became president. Marcos, son and namesake of a former Philippine president who was a staunch U.S. ally during the Cold War, reaffirmed the importance of the alliance with the United States soon after taking office in the summer of 2022.

Geography makes the Philippines a crucial anchor in a series of island arcs in the western Pacific that the United States and its allies in the region can use to contain China and its strategic partner Russia. In 1957, political geographers Hans Weigert and Eric Fischer produced a map of East Asia and the western Pacific that every American strategist and policymaker should display on his or her office wall. Weigert and Fischer described a “succession of marginal seas defined by an almost interminable chain of islands and archipelagos.”

“The continental mainland,” Weigert and Fischer noted, “is separated everywhere from the open oceans by a succession of partly enclosed seas, each protected and easily defended on the Pacific side by curving peninsular and island barriers.” The island arcs extend from the Aleutians to the Kuriles, to the main islands of Japan, to the southern Korean Peninsula, to the Ryukyus and Taiwan, then to the Philippines, Borneo, Australia, and Indonesia. The more U.S. and allied military power is based on and along these island chains, the more readily China can be contained in the western Pacific.

In his famous “Old Soldiers Never Die” address to Congress in 1951, Gen. Douglas MacArthur observed that the United States controls the Pacific Ocean “by a chain of islands extending in an arc from the Aleutians to the Mariannas [sic],” from which U.S. sea and air power can “dominate … every Asiatic port from Vladivostok to Singapore … and prevent hostile movement into the Pacific.” The same holds true today.

China’s military buildup — both conventional and nuclear — and its aggressive actions in the western Pacific have rightly, if belatedly, focused the minds of policymakers in the United States and its regional allies. Even the Biden administration, which has gone out of its way to avoid characterizing U.S. policy as “containment,” has appreciated the importance of the Philippines to U.S. security interests in the region. And while the United States has operated in the Philippines under a Visiting Forces Agreement since 1998, the impending return to Subic Bay and possibly five other locations on the archipelago is a clear indication that U.S. policymakers view the Philippines as critical to its western Pacific defense perimeter.

A few days ago, a senior Philippine defense official strongly criticized Chinese naval incursions into portions of the South China Sea claimed by Manila. China claims the entire South China Sea as its waters and has ignored rulings by The Hague’s Permanent Court of Arbitration that dismissed China’s claims.

Between 1898 and 1992, the U.S. maintained a large military presence in the Philippines, except from May 1942, when U.S. forces surrendered to Japan on Corregidor Island, to Oct. 20, 1944, when MacArthur fulfilled his promise to return. After U.S. forces took back Corregidor in early March 1945, MacArthur held a ceremony that involved raising the American flag once more on the flagpole on the edge of the parade field on Corregidor. MacArthur memorably remarked: “I see the old flagpole still stands. Have your troops hoist the colors to its peak, and let no enemy ever haul them down.” Three decades after U.S. forces left the Philippines, it appears they have returned.