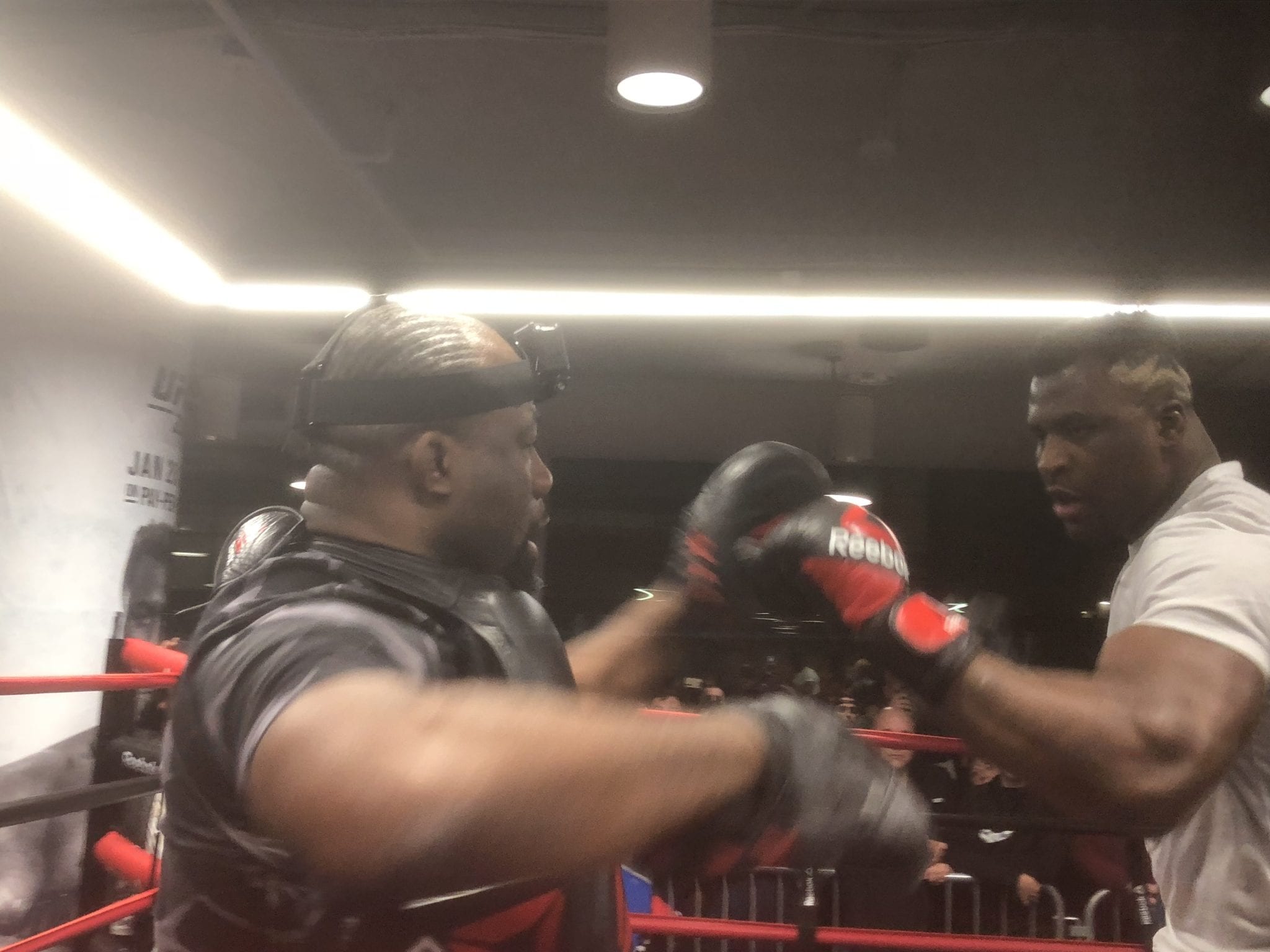 The Ultimate Fighting Championship (UFC) open workouts for UFC 220 appropriately took place Wednesday in a warehouse repurposed as a gym.

Across Drydock Avenue, Boston Ship Repair, Inc., works on transforming a massive, aging ship into a seafaring vessel fit for the 21st century. Within the Reebok gym, dozens of Pinkertons — here not guarding President Lincoln or railroads from striking saboteurs — curiously protect hulking men looking quite able to protect themselves. Like the warehouse and the drydock, the Pinkertons appear as a case study in reinvention, a group seeming to evoke another era but, by adapting and overcoming, thriving in our age.

The UFC seems at home here. After decades of so many of boxing’s biggest stars hailing from abroad, and subscription television pricing many fans out of their passion, the fight game seemed ripe for repurposing. Starting in the early 1990s, the UFC reinvented pugilism for the 21st century. It added the ancient sport of wrestling and the more modern practice of Brazilian jiu-jitsu (along with much else) to the striking familiar to fight fans to create something at once brand new and older than all of us.

Men, and a few women, love a good fight. They expect to see a few of them Saturday night in Boston.

The marquee matchup features Stipe Miocic, a workmanlike Ohioan who does nothing spectacularly except knock out the biggest names in the sport — former UFC champions Andrei Arlovski, Fabricio Werdum, and Junior dos Santos, as well as heavy hitters Mark Hunt and Alistair Overeem — one after another.

When The American Spectator asked him if he felt disrespected coming in as the underdog despite coming in with such an amazing résumé, he responded to the question with a question: “How would you feel?” 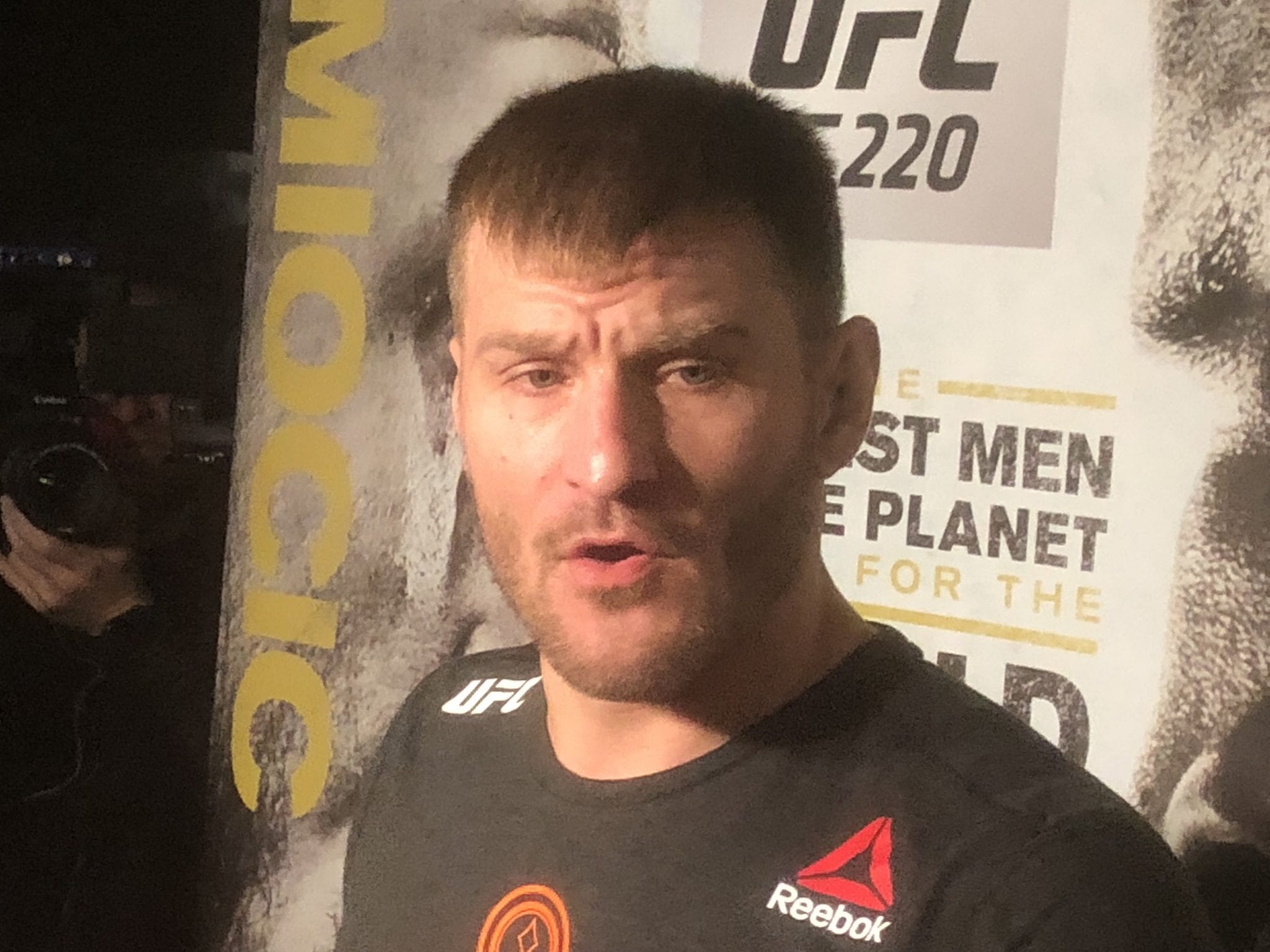 His body language, expressing his opinions with a massive chip on his shoulder, did most of the talking.

“I’m so used to it by now,” he explained. “I love being the underdog because I shut everyone up. And then they make up some excuse why I won — the guy wasn’t ready, or some $#!+.”

What his opponent, Francis Ngannou, lacks in a CV he makes up for with a highlight reel. He nearly punched Alistair Overeem’s head off in December. That ferocious uppercut does not connect on every card or even in every annum. And it is for that reason he so connects with fans, who oohed and ahhed with every punch that connected in his session on the mitts. 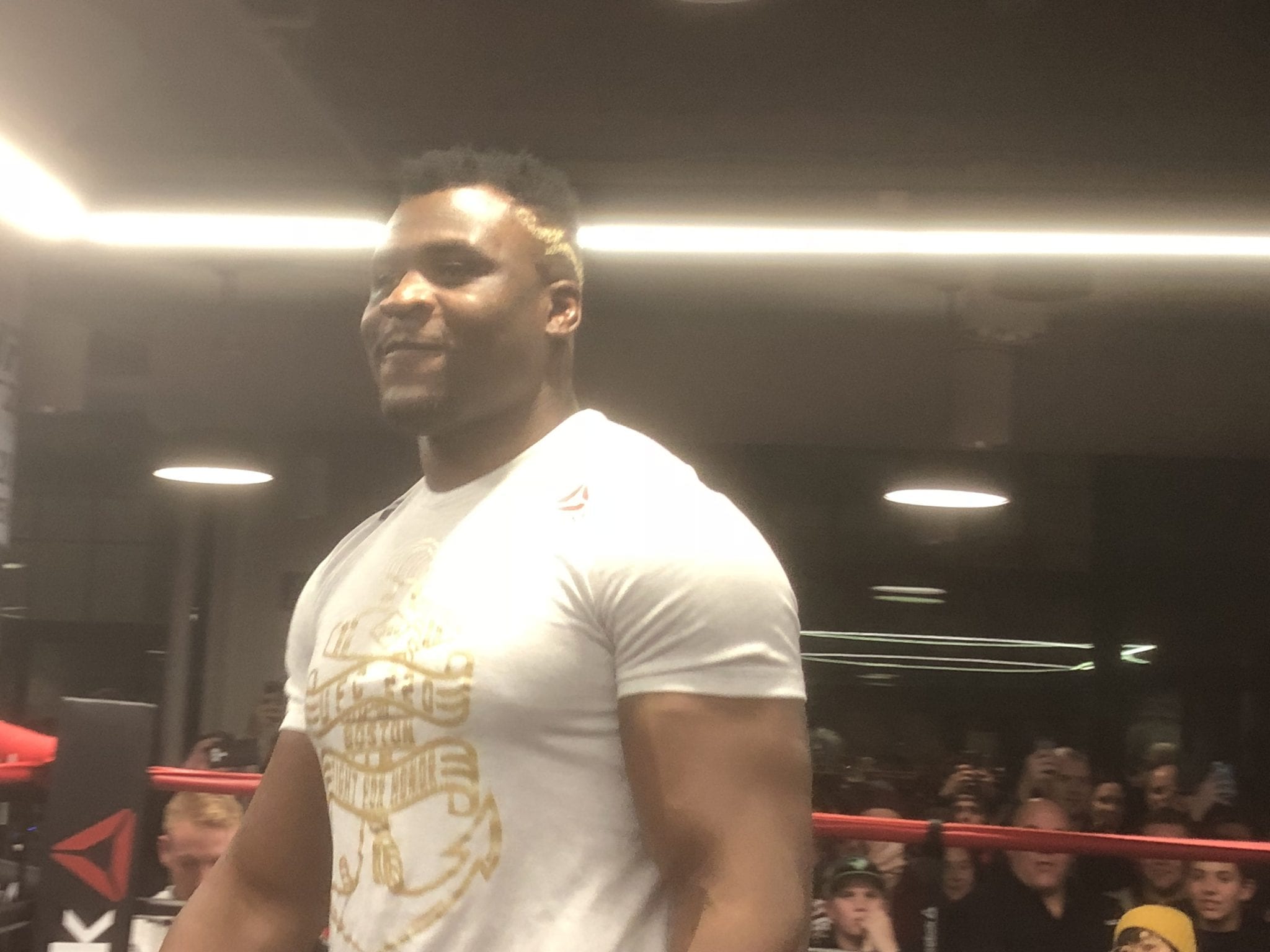 When The American Spectator asked him where that power comes from, he answered that it originated in Cameroon.

“My dad would be the best one to give you the answer,” the 31-year-old noted. “He knows where he took it to transfer it to me. It’s a family story.”

Unfortunately for his opponents, he does not keep that family story in the family.

And in Boston, a working-city reborn as a hub of medicine and education, a Cameroonian boxer reinvented as a French mixed-martial artist and a high-level collegiate baseball player transformed into the UFC heavyweight champion throw bombs on Saturday night to determine who deserves the title of the baddest man on the planet.

It will be scary and violent. Change often is.