Blog,Top Story Christianity,Christmas,D.C.,Tennis,Washington The Sacred Partridge - The American Spectator | USA News and Politics
Menu
Blog
The Sacred Partridge
The first day of Christmas: Giving what we can.
by Roger Kaplan
British stamp, ca. 1977, with partridge in pear tree (Taigi/Shutterstock.com) 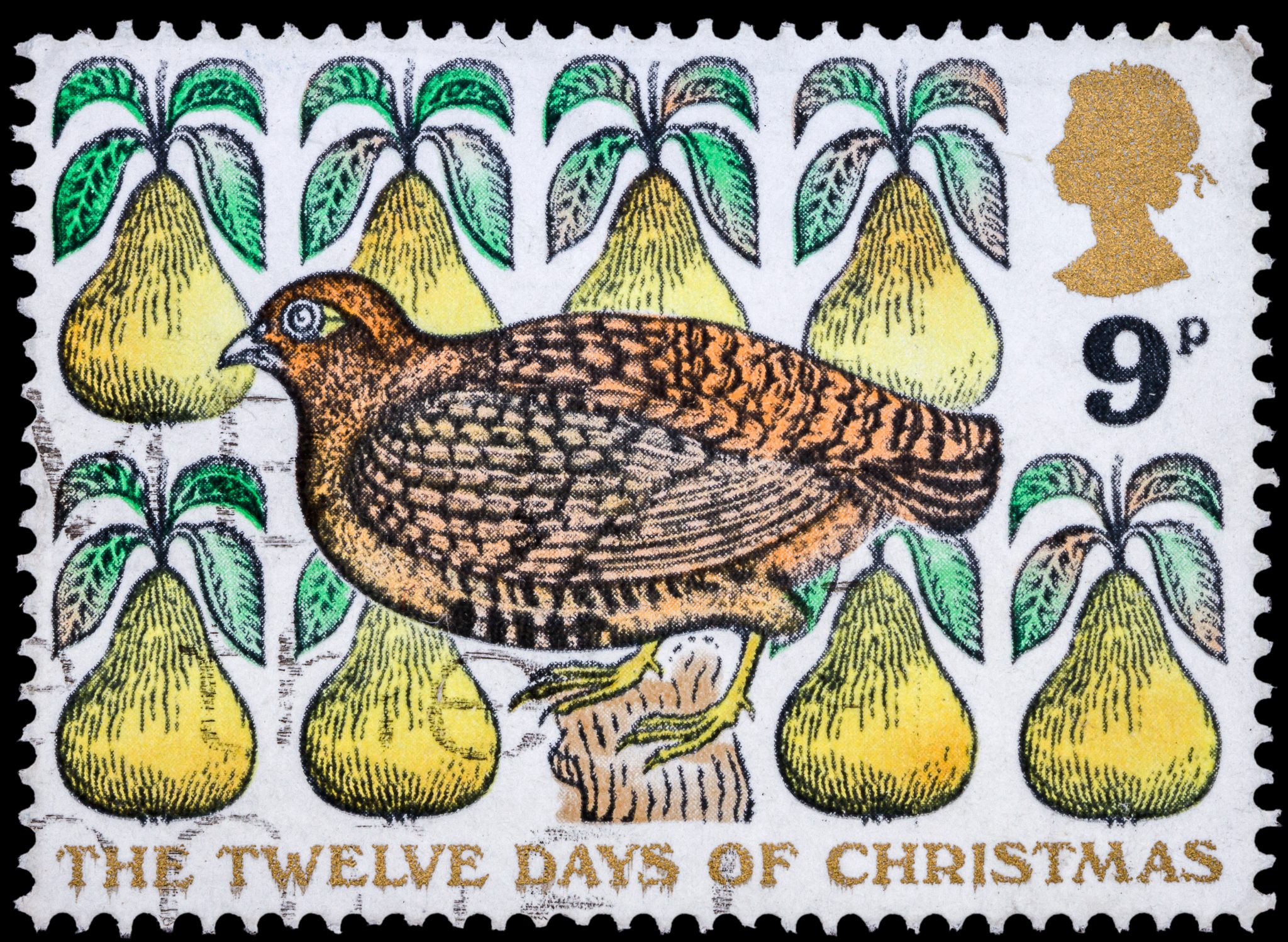 The theological banter with Giovanni was not on Christmas Eve but on the day before. Christmas Eve this year in Washington, D.C., was warm and too damp for tennis, but the day before was cold and sunny; his suggestion was to take advantage of it. Raised in modest circumstances in Italy’s deep south, good-natured and soft-spoken, Giovanni Cucinotta is an economist of international reputation whose advice you take before you realize he has given it. He weighs duty, work, play in that order, usually.

Back in Rome after a few years here, Giovanni’s model remains Alcide de Gasperi, the Christian Democrat who after World War II fought the Communists under Palmiro Togliatti for the soul of a country wrecked by fascism and wracked by poverty. Gone are those hard times of his childhood, of La Strada or Ladri di biciclette (The Street, Bicycle Thieves), when the question was: can salvation come from a revolutionary vanguardia, or is it the gift of a higher power to each individual soul? But there is always need, and Giovanni would be bringing succor to the poor and the sick and the aged on Christmas Day. Get thee behind me, virus!

On the first day of Christmas, hummed I, cued by the chat with Giovanni and the familiar sight of the Catholic U campus as I drove west to east through light traffic, wondering why my true love would give me a partridge in a pear tree.

I should know. Have I not spent enough time in France, eldest daughter of the Church to see that God in his boundless love brings a partridge in a tree, where its chicks rest in the nest, giving us a midrash on Psalm 23, the shepherd protecting his flock? God is love, surest rampart against harm.

That is what the first day of Christmas announces. A frankly Jewish notion but for the messianic theme: no small matter, but let it pass. But why the allegory? Because in 19th-century England, the ruling Puritans, their descendants rather, forbade the Roman doctrines expressed in the carol’s 12 stanzas. In France or Italy they can come out with no need of disguise, Il est né le divin enfant … But there is something to be said for the power of hidden meanings.

At the rate things are going, we may need to learn to use them in our own land of faith and freedom. On the Northeast courts of Washington, however, some good men were patiently showing small kids to bring their rackets back and swing upward and forward, into the ball, into life. Soon the partridge would be given; for now, this sufficed.