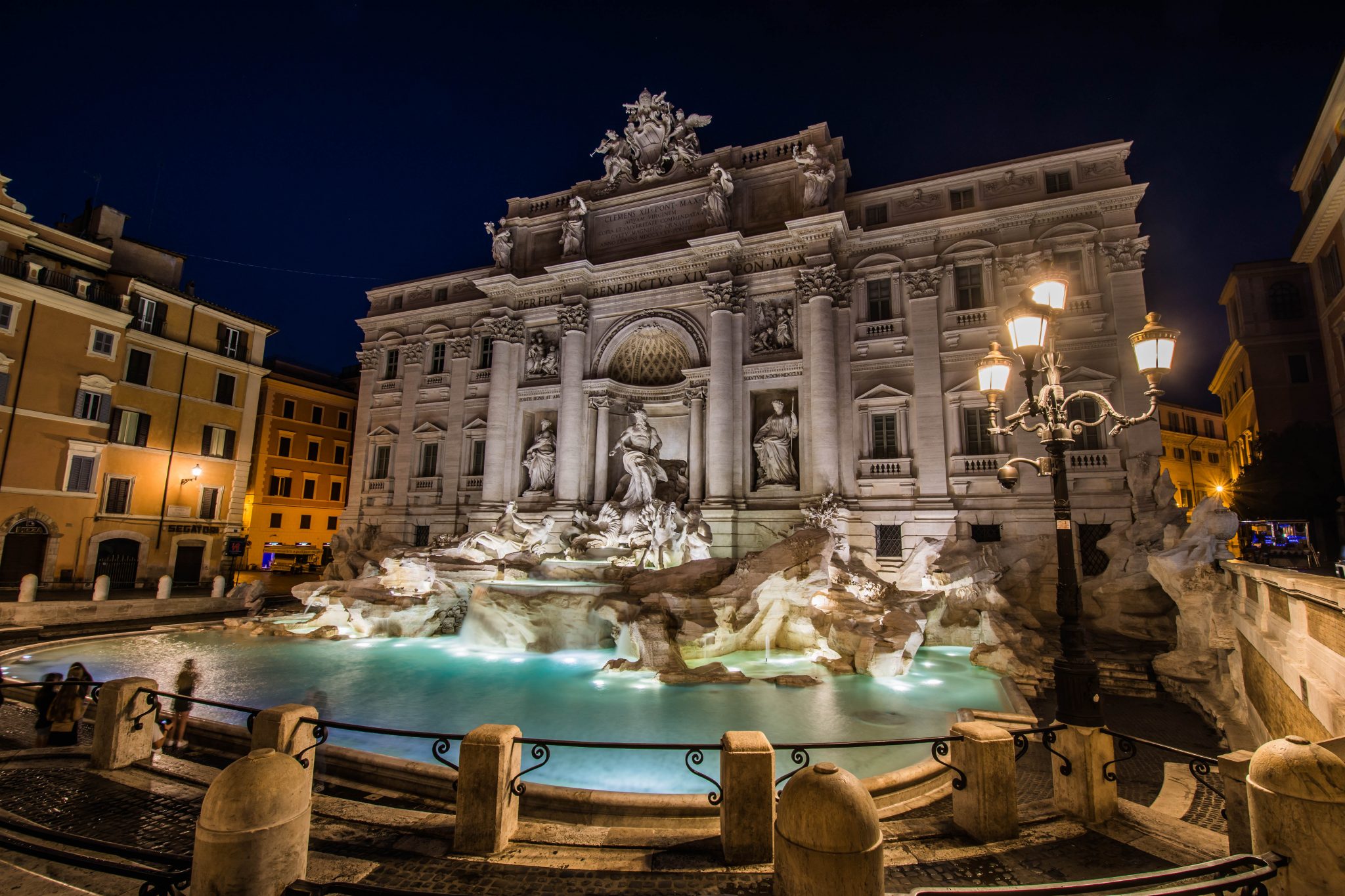 Giovanni, a Rose Park tennis pal, sent me a picture of the Trevi fountain in its nocturnal serenity. I shot back: bellissimo! We communicate by gadget since he went home — Sicily, but he works in Rome. He sends me stunning photographs (maybe he missed his vocation, but I am sure he is a fine economist) of his country in these strange times.

He replied to my compliment on his snap of the world’s most famous fountain with a sigh, “But awfully empty” — as it seemed empty to one used to the place’s usual affluence of admirers. So as happens with these gadgets in these times, we had one of our light-hearted, or should I say light-headed, back and forths.

There is no emptiness where beauty lives …. no, that is too sentimental.

There is no emptiness where the presence of God fills the soul … maybe, but that’s kind of Jewish (and why should it not be being on the eve of the birthday of the most famous Jewish child in history?).

Well then, there is no emptiness when we are brothers in Jesus Christ … maybe, but that’s kind of Catholic (and in Rome why should it not be, in this season?).

Nay, there is no emptiness but for faith alone … maybe, but rather on the Calvinist side (are we not a Puritan country in our core, no matter how much the rascals in Washington try to disprove it?).

Aye, there is no emptiness and all is emptiness … sort of Zen Buddhist, that, and do we want to go there? (the country is in need of gravity).

There is no emptiness on the tennis courts … and on this day at least we can love the mental cases (anyway better they stay on the courts than plot fix-the-world arson in the halls of government).

So hit a few and go home … and offer praise to the providential Power who again reminds us of his gift (which includes protecting the United States of America and bringing forth nourishment for all his creatures).

That is a true fact … the kitchen knows no emptiness (when Mama is there.)