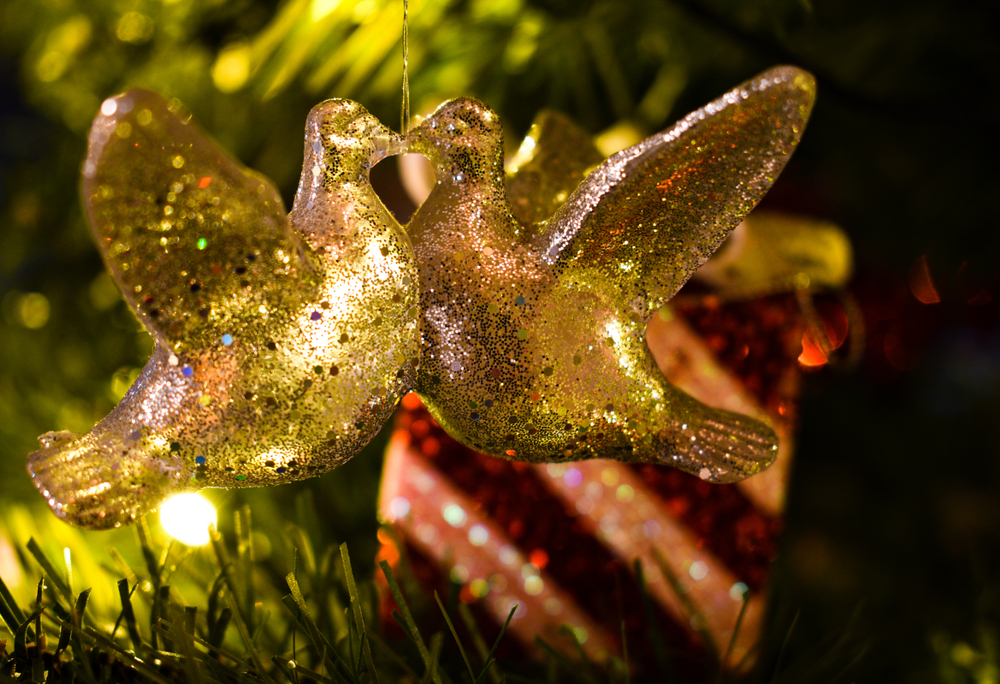 If the partridge is the love everlasting of God — in the Catholic doctrine, of Jesus Christ — then on days two and three of Christmas we find acknowledgment of the less perfect, if more accessible, love of fallen humans.

Having sent me a partridge in a pear tree on the first day, my true love now gives me two turtle doves and then three French hens.

The turtle dove is a romantic figure, and, like the red, red rose of Robert Burns, inspires the most beloved love songs in the English language. Burns’ poem was the first day’s assignment, back in my teaching days, and it never failed. You would be amazed at teenagers’ insights, if you give them a chance to express them.

Set to music, as most inhabitants of the Anglosphere recognize even if never having thought about it, the two poems sound alike, inspire variations. The verses of “The Turtle Dove,” which we owe to Ralph Vaughan Williams, are deliberately close to those of Robert Burns’.

As in the relation of gospel to blues, we hear the chords of divine love sanctify, or at least acknowledge, the longing of human hearts for each other, and the dependence on faith, fidelity, of the bonds forged. The strain on faith is, as we know, a recurring theme in Judaism and Christianity.

The Roman Church gives us the turtle doves as the two testaments and the three hens as love, faith, hope, the three qualities being, as it happens, the major themes of the two great poems. The soldier — if that he is — telling his love he will return, though he go 10,000 miles, counts on her faith, and gives her hope.