The Talkies,Top Story ABC,Entertainment,Fox,Jussie Smollett,Television,Wokeness TV’s Invisible White Man - The American Spectator | USA News and Politics
Menu
The Talkies
TV’s Invisible White Man
Conservatives and white men are disappearing on the major-network shows — and that means so is a major subsection of their audience.
by Lou Aguilar
Game of Thrones cast at the Emmy Awards, September 2019 (Kathy Hutchins/Shutterstock.com) 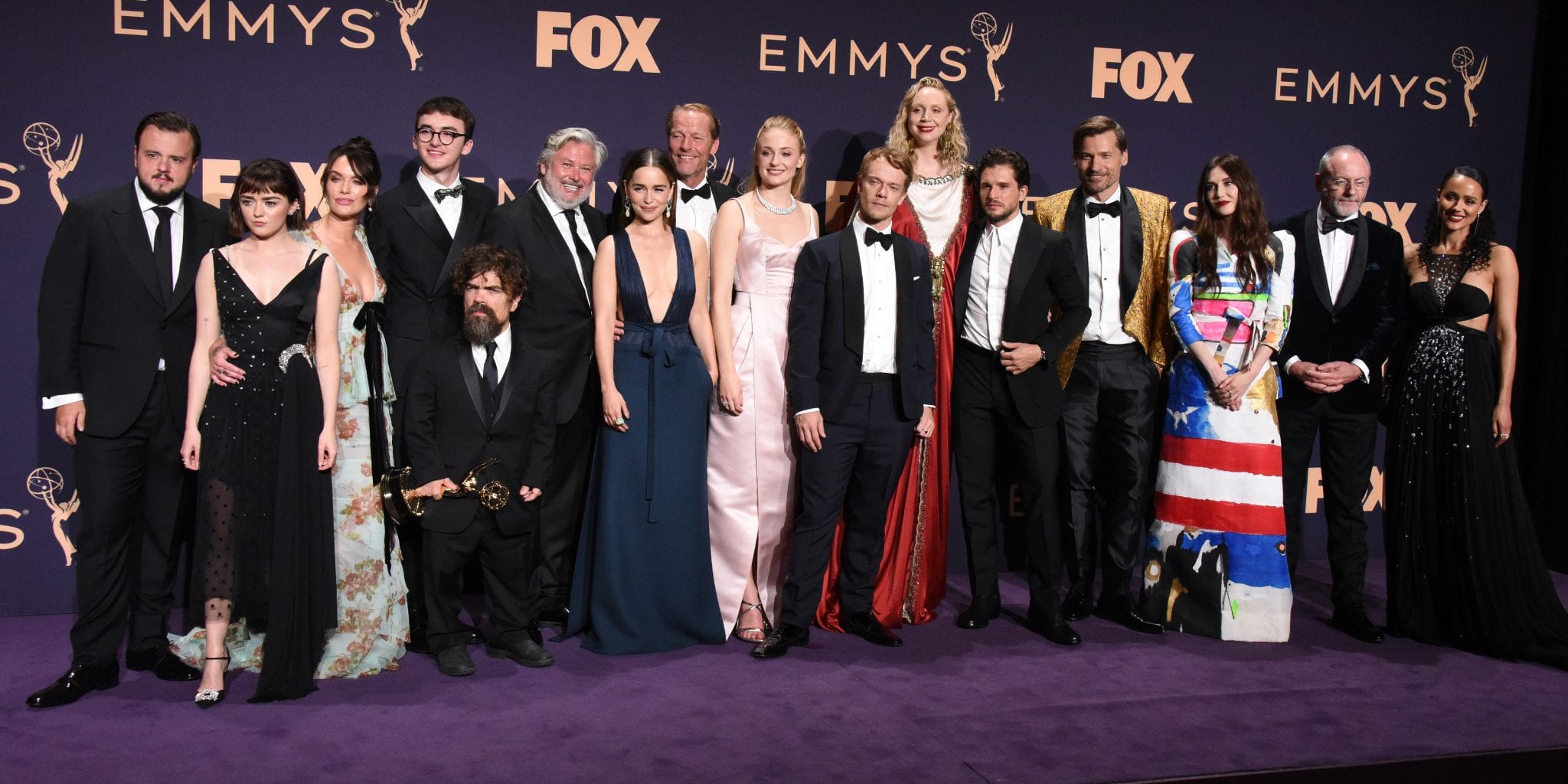 Last month, the 71st Primetime Emmy Awards show garnered the lowest TV ratings in the event’s history, with less than seven million viewers, a 32-percent drop from the previous year’s record low of 10 million. I didn’t even know the thing was on (not that I would have watched if I did), although I used to enjoy it years ago when I could still recognize a few of the nominees. Cable channel multiplication and alternate media alone cannot account for the steep drop in television interest, so clearly there are other root causes. I submit two: intersectional extremism and — the usual suspect in the death of entertainment — feminism.

Only one new network show, Prodigal Son, has a white male lead. Even granting the fact that Caucasian men dominated the small screen for close to 70 years and so moving over a bit makes sense in 2019, we still represent 36 percent of America. And while we applaud good minority-driven series like Empire (minus Jussie Smollett), we’d still appreciate the occasional representative hero, say, a Jim Rockford, Sonny Crockett, or Captain Kirk, as would traditional female viewers. In fact, many women, including professional ones, would also enjoy a show about a stay-at-home mom or a romantic girl, but none are to be found. That’s because today’s Hollywood producers don’t just ignore the large potential audience; they disdain it — indirectly through intersectional fare, yet quite noticeably. And wise persons avoid going to places where they’re unwelcome, such as the modern TV landscape.

I took a look at the new fall season’s primetime network schedule to see which freshman shows a conservative like myself — one of a group that comprises half the country — might want to watch. I confined my research to dramas on the four original networks, since politically incorrect comedy is as dead as Roseanne Barr’s career. I assessed, in broadcast order, the premise of each new series, the plotline of its second episode, its woke factor, and whether these elements give a positive or negative impression. Here are my findings.

Prodigal Son (Fox). Premise: Criminal psychologist Malcolm Bright draws on his background as the son of a serial killer to advance his career. Episode 2 plotline: As Bright slips into the mind of a serial killer, he must deal with the repercussions of seeing his father for the first time in years. Woke factor: Irrelevant. Tired serial killer–mind hunter cliché. Impression: Negative.

Judging by the new TV season, I suspect next year’s Emmy ceremony will get even lower ratings. Fortunately, there’s Turner Classic Movies to keep me watching television. To indulge in more recent non-woke entertainment, however, I recently went to the movies to see Rambo: Last Blood, a film enjoying great box-office success ($40 million after three weeks in the top 10) despite — or perhaps because of — critical handwringing over its “toxic” white male hero dispatching Mexican “bad hombres.” Variety warned, “Suddenly, the infamous wall along the U.S.-Mexico border seems inadequate — less in containing the cartels than in protecting them from Rambo’s brand of vigilante justice.”

But before the movie started, I sat through four trailers: 21 Bridges, starring Chadwick (Black Panther) Boseman as a disgraced NYPD detective; Black and Blue, with Naomie Harris trying to balance her identity as a black woman and her role as a police officer; Gemini Man, with hitman Will Smith battling a younger clone of himself; and Midway, which probably would have had female fighter pilots attacking the Japanese fleet if the producers thought they could get away with it historically. I suspect next year’s Oscars won’t fare much better than the Emmys.