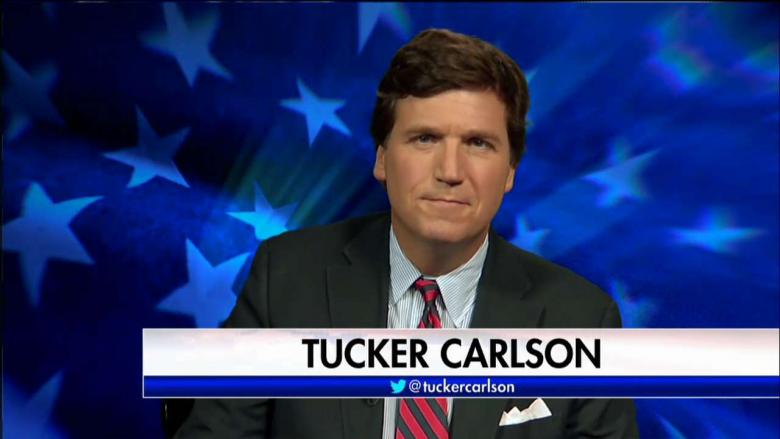 Tucker Carlson has taken a moment to recall a past that is, sadly, gone for good.

In his newest book, The Long Slide: Thirty Years in American Journalism, Tucker puts together a collection of his magazine pieces written over the last three decades. The articles, individually and collectively, are memorable reminders of an America that sadly no longer exists.

Notably he begins with a sharp rebuke of … his publisher. That would be Simon & Schuster.

The introduction that opens the book is a remarkable, decidedly pointed take down that quite vividly illustrates the mindset of the fascist-style cancel culture that now rides herd in America. He recalls the days (all the way back in the ancient time of 2007) when a liberal magazine, The New Republic, sent him to cover the presidential campaign of then-Texas Congressman Ron Paul. Paul, the father of Kentucky Senator Rand Paul, was a serious minded libertarian who drove the GOP’s Establishment and neoconservatives crazy, to say the least. He was, as well, decidedly not a political soul mate of the liberals who ran The New Republic.

Yet the magazine allowed Tucker “to write an affectionate, even-handed story about a guy who opposed neoconservatives.” He adds:

None of this was unusual at the time. As ideological as some of the writers at The New Republic were, most of them felt obligated to work toward some state of open-mindedness. They regarded themselves as journalists, not activists. My editors there understood that I usually didn’t agree with their politics. That wasn’t a problem. Politics wasn’t everything.

But today? Today, he writes:

Today, politics is everything. There’s no chance The New Republic would ever again publish one of my stories. Editors at The New Republic no longer encourage dissent or praise free thinking. They penalize it. They don’t facilitate important national conversations. They end them. The New Republic has become close-minded and reflexively partisan, exactly the qualities it once hated.

Exactly. And in a snapshot, what he writes of The New Republic is now true of so many, many American institutions. “Censorship is now the rule in popular media,” he says correctly. Remarkably this cancel culture virus has even infected his own publisher.

He cites the case of the conservative provocateur Milo Yiannopoulos, who abruptly had his contract with Simon & Schuster canceled after the Chicago Review of Books attacked the company for agreeing to publish the book and said it would no longer review S&S books. Controversy ensued, and the publisher caved.

The pattern of intolerance of conservatives at S&S increased, with the next targets being activist Candace Owens and Missouri’s Republican Senator Josh Hawley.

And why was Hawley’s book on Big Tech canceled? In his role as a senator Hawley had the temerity to vote against “certifying the presidential election results in the state of Pennsylvania.”

I should interject here that as a Pennsylvanian I am very familiar with the long, sordid history of voter fraud in Pennsylvania elections. The notion that there could have been something amiss in the Keystone State’s 2020 election was nothing if not logical as it has happened repeatedly in the past. The telling aspect of the S&S episode with Hawley is that not only did the S&S executives have zero awareness about Pennsylvania’s repeatedly bad history on voter fraud — but they had no curiosity in finding out about it.

All of which goes to Tucker’s point exactly. Facts, history, intellectual diversity — Simon & Schuster no longer cares. Which is why, as Tucker tried to pin down the publishing executives for exactly what Hawley’s sin was the response was: “If you’re asking me what he did, we know what he did.” But what that was, publisher Dana Canedy would not say.

Editor Jonathan Karp finally managed to tell Tucker he agreed with a Washington Post critic that Hawley had “become a symbol of violent extremism.” Or maybe, just maybe, I would suggest, editor Karp has become a symbol of intolerance and the fascism of cancel culture.

Tucker’s opening introduction telling of his conversations with the Simon & Schuster execs on this topic is worth the price of this book all by itself.

The rest of the book is a collection of pieces written across the last thirty years that have appeared in a smorgasbord of magazines including Esquire, The Spectator, The New Republic, The Weekly Standard, The New York Times and more.

Collectively, not to mention individually, his articles are fascinating glimpses into various personalities and events that have flashed across America’s history in those three decades.

Perhaps most memorably is his tale of a trip he took to Iraq to write a piece for Esquire in 2003. He writes as an introduction:

Probably no story I ever did changed my views more than the trip I took to Iraq for Esquire magazine in 2003. I arrived a tepid supporter of the war, and of neoconservatism more generally. I returned home a determined opponent of both. The reality of Iraq bore no resemblance to the debates we were having back in Washington.

What follows is a vivid account of what he saw at first hand on the ground. Some of it was seriously hair raising, at one point with Tucker, scribbling notes, suddenly approached by an American soldier handing him an AK-47 and saying: “Take care of it. If we get hit, don’t panic. Collect your thoughts and shoot back.”

Right. If nothing else, the entire experience in seeing Americans close up as, effectively, old fashioned colonialists, brought clarity to his views of the then high-riding neoconservatives who were running both America and the Republican Party.

Seeing firsthand what he called “failure, accompanied by chaos on every level,” he adds, “Watching it, I realized that there was nothing conservative about neoconservatism. The neocons were just liberals with guns, the most destructive kind.”

Other pieces include a lighthearted recounting of Senator John McCain’s 2000 presidential campaign, a sympathetic portrait of Bill Clinton lieutenant James Carville, and a spot-on portrait of Donald Trump that ran in Politico in January of 2016. That one is titled:

The look at Trump gets his rise and what would be his nomination and election later that year exactly correct. Writes Tucker, “Trump is in part a reaction to the intellectual corruption of the Republican Party. That ought to be obvious to his critics, yet somehow it isn’t.”

This book is not just a delight to read, it is an important book to read. The disparity between the sinister cancel culture censorship that has so invaded today’s American media, not to mention academia, sports, corporations, and more, stands in serious contrast to the events and people Tucker Carlson has depicted in real time in days gone by in this collection.

It is impossible to read The Long Slide without reflecting on what has been lost in American culture — and how, if at all, it is possible to get it back.