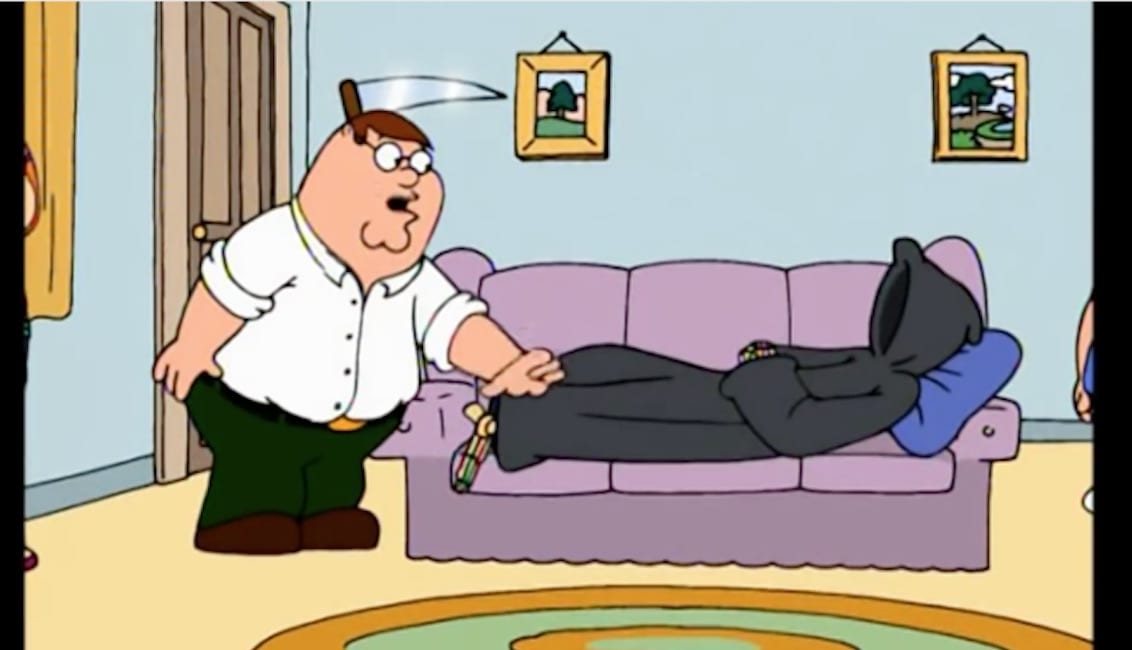 Years ago there was an episode of Family Guy called “Death is a Bitch.” Peter, after finding out he didn’t have cancer and not wanting to pay his medical bills, wrote “deceased” on the insurance form. As Death came to town looking for Peter, Death was injured on the job, and ruckus ensued. The world went into chaos as the ultimate consequence disappeared. For eight years, “Death” was lying on a couch in Quahog, impotent, blind, and deaf as the world lived without consequences. Well, attention world: “Death” is back, and so are the consequences of your actions.

For eight years we were rubberneckers watching the horrific tragedies, telling ourselves someone else will call 911, or somebody else will stop and aid the injured. Girls kidnapped, people gassed, hundreds of thousands slaughtered, churches and places of gathering blown to shreds, chaos and destruction, as we drove slowly by. Utter destruction, and chaos, but hey we were “cool” and “hip” again so who cared, right? Gender identity replaced American identity, the rights of a few supplanted the rights of all, we truly became a society of a few Americans First.

We went from guns-a-blazing in the Bush administration to let’s blaze the guns in the Obama administration. We went from interventionism to isolationism, from nation building to nation ignoring. In eight years, as we were debating gender, gender, and all things gender, evil was growing, not debating. As we debated what lives mattered, so many lives around the world were taken, but it wasn’t in America so it didn’t matter. As many fought to tell us Islam was a religion of peace, how many are now resting in peace, as a result of a religion of “peace.”

President Trump may have run on the America First platform, but let’s not kid ourselves, for Barack Obama it was always America first, he just had a very different vision of who and what America actually was. He mistook exceptionalism for colonialism, realism for racism, and greatness for weakness. As our inner cities became more “inner,” as our poor became poorer, we became a globalist society with isolationist views, a nation with tunnel vision, under the guise of intellectual and global supremacy.

We live in confusing times, let’s not kid ourselves folks. Who and what we are as a nation, our very identity, has never been so in much question. The problem is while we are having an identity crisis the world is in crisis. While we debate and opine, many forget that we are privileged to do that. While we rail against United Airlines for dragging a passenger off a plane, we forget how many have been and are being dragged to their death. While we debate, they aren’t. The Bush administration didn’t think, while the Obama administration “overthought,” and here we are.

America needs the world, but more importantly the world needs America. We have seen the wreckage of interventionism and we have seen the carnage of isolationism. So as we launched missiles in Syria, and just dropped the “mother of all bombs” in Afghanistan, we know one thing, “Death” is no longer laid up on a couch in Quahog. One of the many promises President Trump made was he wouldn’t reveal his game plan or strategy, and I think it’s safe to say he’s delivering on that promise. While the world of extremism isn’t confused, though we may be, who better to lead than the master of confusion? “Death is a Bitch,” yes, but the world now knows the “Bitch is Back” and so are consequences.