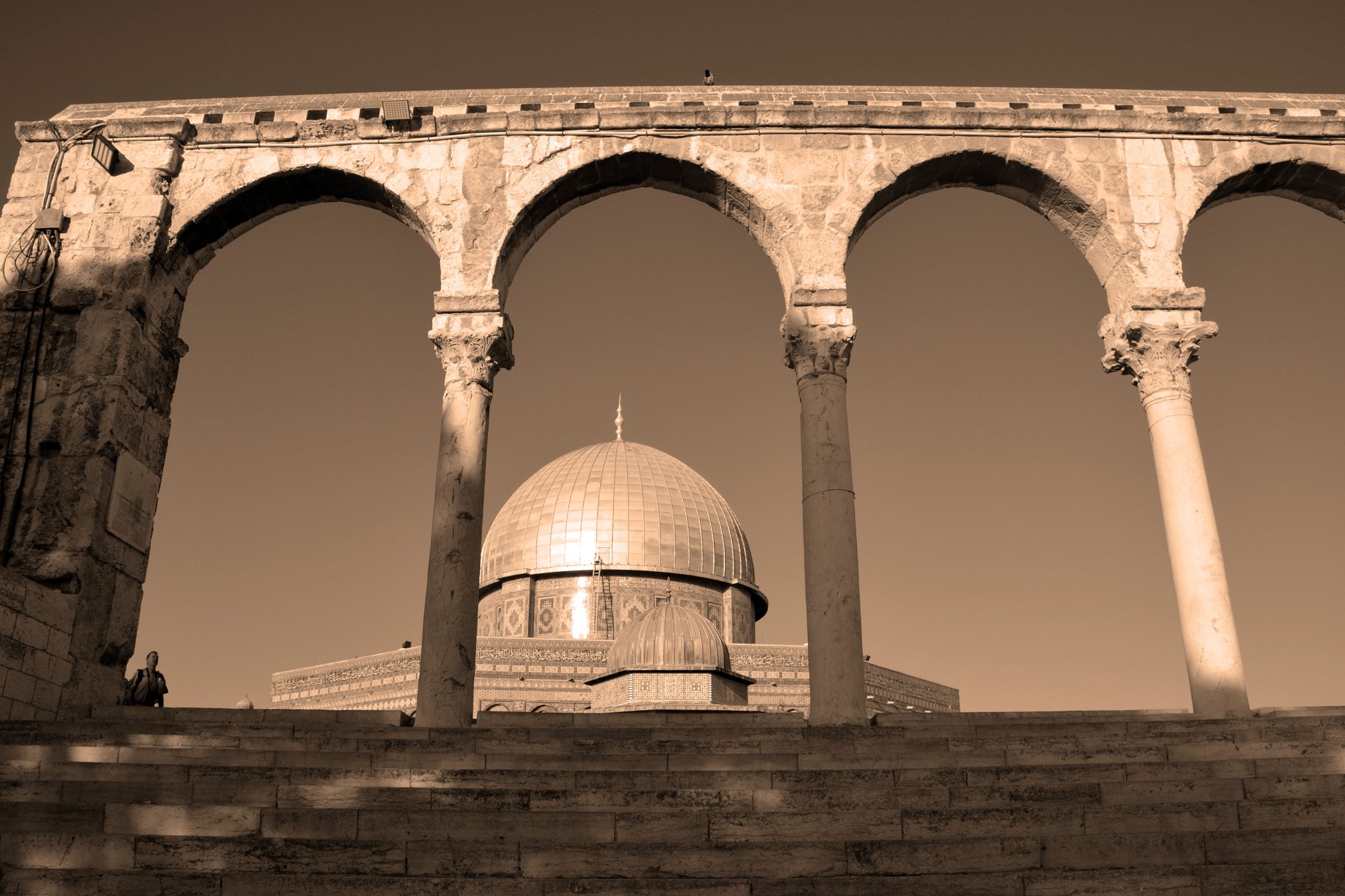 Earlier this week, an Israeli organization dedicated to preserving archeological sites in Judea and Samaria issued a report stating that 135 Jewish heritage sites would fall under the jurisdiction of the Palestinian Authority (PA) under the Trump administration’s Peace to Prosperity plan. This follows news last month that the PA has been actively working to destroy ruins of Tel Aroma, an over 2,000-year-old Hasmonean dynasty fortress in Samaria.

Jewish sites in the hands of the PA would face a bleak future, and history has proven the PA to be a malevolent custodian. The PA promised Israel that it would safeguard Jewish holy sites in areas it controlled under Annex II, Article 15 of the 1994 Gaza–Jericho Agreement, and under Annex III, Article 32 of the 1995 Israeli–Palestinian Interim Agreement. But rather than preserve these sites, the PA has been actively involved and willfully blind to the destruction of Jewish sites across Judea and Samaria.

The PA assisted in desecrations of Joseph’s Tomb. Last month, Israel charged a PA police officer for his involvement in his patrol’s murder of one man and injuring of three others who visited Joseph’s Tomb in Nablus/Shechem in Samaria in 2011. His commander and other patrol members have already been convicted and sentenced. The PA was also involved in the destruction of Joseph’s Tomb during riots in 2000. In October 7, 2000, Israel withdrew from the tomb, and the PA police agreed to protect it. But a mere two hours following the IDF withdrawal, a Palestinian mob entered the site. PA forces stood idly by, and failed to protect the tomb.

Nasser Badawi, a member of Fatah’s militia, had stated on October 8, as reported by the Washington Post: “I feel proud…. I feel like we did something today…. This is victory.” During repairs, Palestinian forces painted the dome green, the color of Islam. After an international outcry as some perceived this as an attempt to turn the site into a mosque, Palestinian forces repainted the dome white. Palestinians further desecrated the tomb in 2003, 2008, 2009, 2011, 2013, 2014, and 2015.

PA figures such as Hanan Ashrawi have denied a Jewish connection to Joseph’s Tomb. Nablus Mayor Ghassan Shakaa suggested international experts should determine if Joseph’s Tomb was the site of the tomb of the biblical Joseph, or a Muslim sheikh.[1] If the latter, Shakaa suggested converting the tomb into a Muslim shrine. His remarks suggested that he believed that Jews should not pray there until these experts determined that Joseph was actually buried there.

Palestinian officials engaged in what was at the very least grossly negligent excavation techniques of the Temple Mount in Jerusalem. From 1996 to 1999, the Waqf removed via bulldozers and heavy machinery “roughly 400 truckloads” of dirt from the Temple Mount to build an underground mosque and a “massive vaulted entranceway.” These truckloads of dirt were dumped in the Kidron Valley. In 2005, the Temple Mount Sifting Project was created to find if there were any artifacts linked to the Temple Mount that were discarded in this process. And find they did.

The PA continues to orchestrate an extensive propaganda campaign denying the Jewish connection to the Temple Mount, despite other Muslim and Palestinian sources recognizing the Mount’s Jewish origins. The PA also denies Jewish rights to pray on the Mount, with Abbas even saying that Jews “defile” the Mount “with their filthy feet.” (Meanwhile, the number of mosques on the Temple Mount has risen from one in 1967 to five in 2019.) The PA also engages in inflammatory, unfounded accusations that Israeli excavations are putting al-Aksa Mosque in danger. The PA even directly engaged the IDF militarily over Israeli excavations during the 1996 Hasmonean Tunnel Riots.

Evidence suggests direct PA involvement in desecrating Rachel’s Tomb, as well. In 1996, Palestinians including Muhammad Rashad al-Jabari, the governor of Bethlehem, led an attack on Rachel’s Tomb, and Kifah Barakat, a member of Yasser Arafat’s presidential guard, was part of the attack. Palestinians subsequently attacked Rachel’s Tomb in 2000, 2001, 2006, 2007, 2016, 2017, 2018, and 2019. The 2001 attack involved a firefight between PA gunmen and the IDF, as 50 Jews were trapped inside the compound.

Since 2000, the PA has engaged in an extensive propaganda campaign to disavow the biblical Rachel’s association with Rachel’s Tomb.[2] The PA now calls the site the Bilah ibn Rabah mosque. Several earlier Palestinian publications either recognized the site as the tomb of Rachel or at the very least do not mention a “Bilah ibn Rabah mosque.” The PA’s propaganda campaign was very successful. In 2010, UNESCO recognized the site as the Bilah ibn Rabah mosque and called on Israel to remove Rachel’s Tomb from Israel’s National Heritage list. In 2018, UNESCO stated that the site was “an integral part of Occupied Palestinian territory.”

Palestinians have desecrated Jewish holy sites multiple other times since the establishment of the PA:

As Israel and the United States work to finalize Israel’s plans to establish sovereignty on at least parts of Judea and Samaria, it must secure Jewish sites under Israeli control. The Peace to Prosperity plan does not do this, possibly because Jewish historical sites are often in the midst of or near Palestinian populated areas, which would complicate efforts to include them within Israel’s borders. To remedy this, the Trump administration should think more creatively and contemplate alternative scenarios that I have previously suggested in The American Spectator to allow Israel to establish sovereignty beyond 30 percent of Judea and Samaria. If Jewish sites are left under the PA, they will likely be destroyed or damaged further, not unlike the fate of the Tomb of Esther and Mordechai in Iran and the tombs of Ezekiel, Jonah, and Daniel in Iraq. Jewish religious and historical sites can only be preserved where Israel is the sovereign.

[1] According to the Hebrew Bible, the Israelites took Joseph’s body from Egypt and re-interred it in Shechem (renamed “Flavia Neapolis” after the Roman Emperor Vespasian conquered Shechem in 72 CE from the Jews, and then shortened to “Neapolis” and finally Arabized to “Nablus” under the Arab Rashidun Caliphate) in land that was purchased by his father, Jacob (Joshua 24:32). According to Israeli archeologist Dr. Zvi Ilan, Joseph’s Tomb is “one of the tombs whose location is known with the utmost degree of certainty and is based on continuous documentation since Biblical times.” This site has been recognized as Joseph’s Tomb by Jewish, Christian, Arab and Samaritan sources since ancient times. See Michael Freund, “Fundamentally Freund: Jewish Unity and Joseph’s Tomb,” The Jerusalem Post, July 25, 2012.

[2] According to the Hebrew Bible, Rachel was “buried on the road to Efrat, now Bethlehem.” (Genesis 35:19). Rachel’s Tomb has also been recognized as the Tomb of Rachel by Jewish, Christian, and Muslim sources since ancient times. See Nadav Shragai, “The Palestinian Authority and the Jewish Holy Sites in the West Bank: Rachel’s Tomb as a Test Case,” Jerusalem Center for Public Affairs, December 2007.