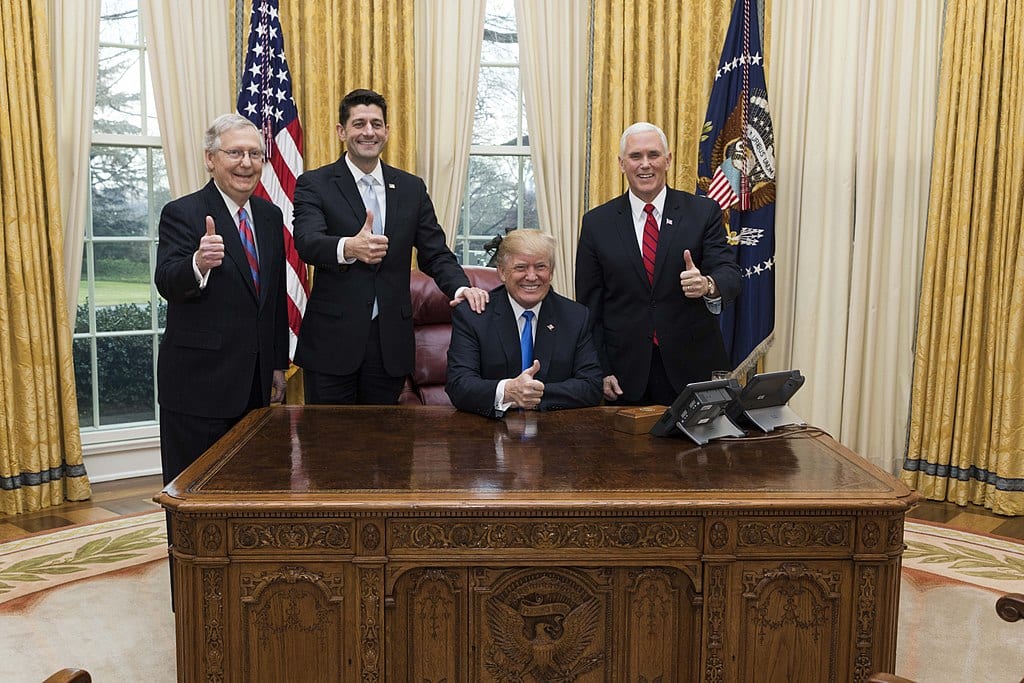 Now for a few words of praise and caution.

First, Trump is now presiding over almost the longest, most robust recovery in the economic history of the United States. Only the ten-year boom culminating in the tech crash of 2000-2001 was longer and Mr. Trump’s is far more robust. Unless there is a recession in the next few weeks, Trump will break all records. And if you don’t think he’s responsible, think what Nancy Pelosi would be saying if we were in a recession. Donald Trump likes to exaggerate his accomplishments and himself, but in this case he’s totally on the money.

This really is the best economy ever in terms of growth, unemployment, especially black unemployment, Hispanic unemployment (and for all I know, Jewish unemployment, which is basically always zero), and we are even seeing a bounce in manufacturing, which we all thought was impossible.

Mr. Trump is shepherding the economy through all of this while also trying to make some basic changes for the better in how the economy works. He is doing something no one thought could be done: he’s standing up to the mighty China, Incorporated. How that will work out is unknown, but both the Chinese and we like to do business. We’re deal makers, not deal breakers. So if I were a betting man, which I am, I would bet Trump will get a trade deal that makes some progress in protecting our intellectual property and opening the Chinese markets to U.S. products. That will make the economy grow even more if all is well. And it will be about some justice.

Corporate profits are spectacular, and so is the stock market with the exception of the last few weeks.

There’s just one big problem. The national debt. Trump’s tax cuts have added to our already immense debt of roughly $21 trillion. (Or has it? The debt was already growing at about $1 trillion a year under SuperMan Barack Obama. Maybe it’s smaller now than it would have been without the tax cuts. That’s the supply-side proposition and maybe — just maybe — it is working. Something seems to be happening that’s off the recognized charts of how economies work. Revenues are doing much better than we Samuelsonians would have guessed. What the heck is happening? Maybe Trump really is a magician.)

Now, about the debt. We are adding debt at a frantic pace even with a booming economy. What happens is just as in a normal cycle, we start to slide into a recession or a slowdown. There will be mossbacks who say that if there is a recession we should have austerity and budget cuts. That’s exactly the wrong idea. They tried that in Europe and it didn’t work at all. Let’s just grit our teeth and prepare to keep dropping money out of helicopters if consumption slows down. Let’s keep up those farm subsidies. Above all, let’s not commit suicide by any kind of “Green New Deal,” which would actually be like putting a bullet in the brain of the economy. Just thinking about it is moronic.

I hate little dirty particles in the air as much as anyone. I love oceans and fish. But I also like for people to be able to feed their families. I really don’t like a guaranteed national wage, which is essentially National Socialism in sweat pants. Any government big enough to keep everyone employed is too big and controls too much.

We’re already racing towards INGSOC and the world of 1984’s Big Brother if we elect more Democrats. Let’s not let a recession kill the Republicans’ chances in 2020.

I have a lot more to say, especially about why people look so slobby on the street. But that’s for later. Now to enjoy some Chick-fil-A.